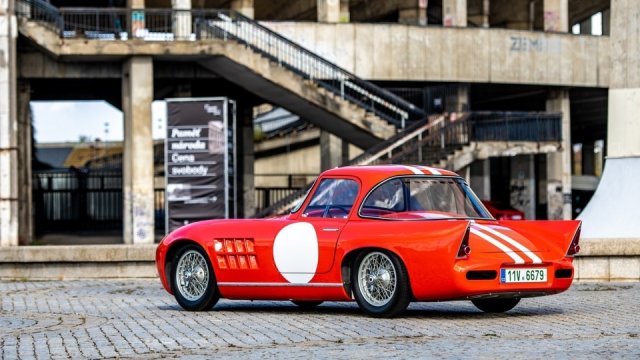 The project of the 1100 OHC racing car with the internal type designation 968, intended mainly for long-distance racing, started in the spring of 1956. At the end of 1957, the construction of the first of two open GRP specimens, one of the magnets in the collections of the Mladá Boleslav Museum, reached the final. In the period 1959/1960, the 968 project continued with two closed versions of the Škoda 1100 OHC Coupé. They used a lightweight yet rigid tubular space frame welded from thin-walled steel tubing.

The extension of the engine behind the front axle and the combination of the five-speed gearbox in one assembly with the rear axle gearbox have contributed to an almost ideal weight distribution and excellent handling of the dynamic special. The car was powered by a non-supercharged in-line four-cylinder with two camshafts in the cylinder head, tuned to produce 92 hp. Depending on the choice of permanent gearbox (according to the nature of the race track), the two-seater with an aluminum body and a basic weight of just 555 kilograms reached a top speed of around 200 km/h.