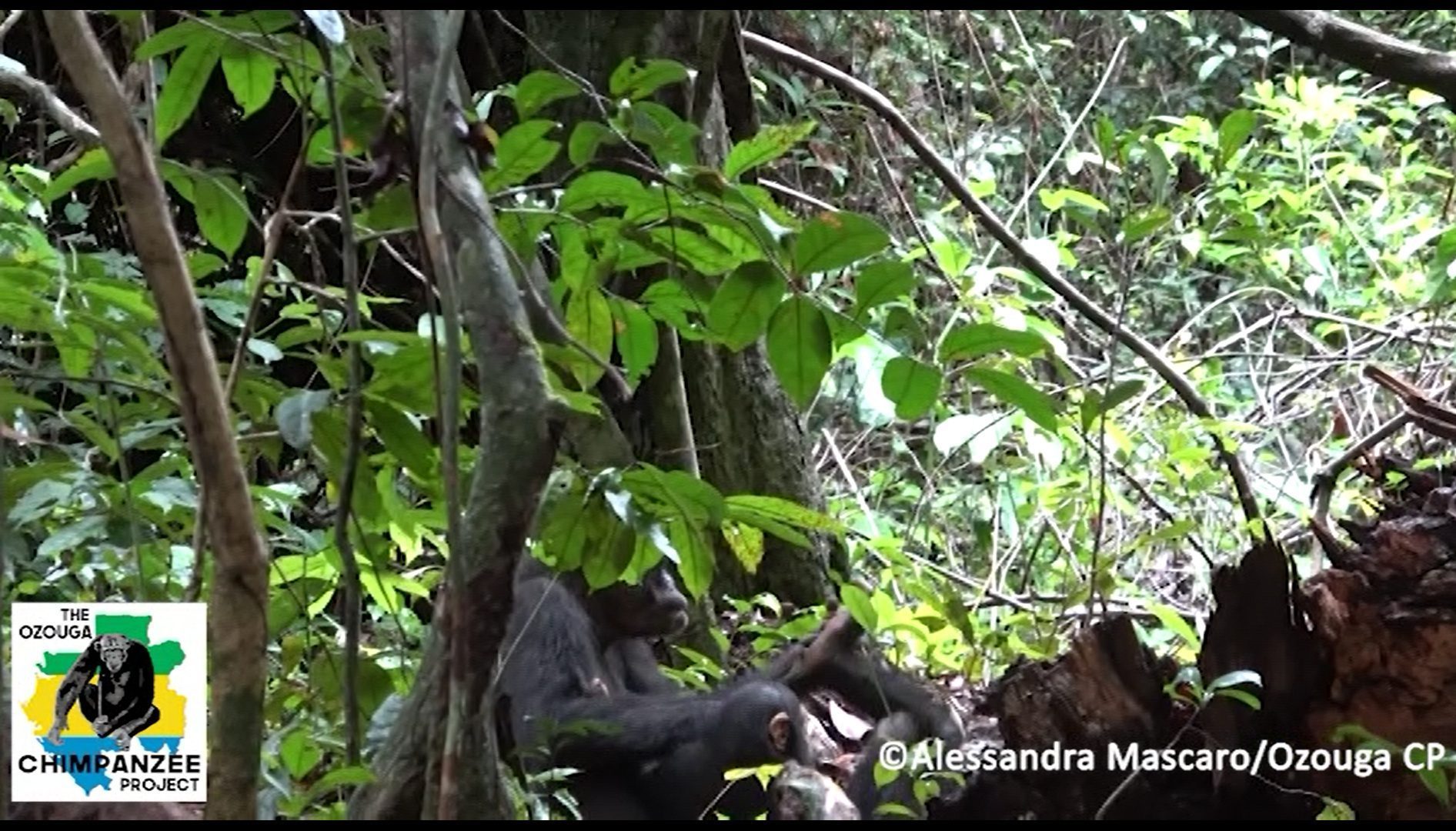 This video shows Suzee, a chimpanzee, inspecting a wound on the foot of her teenage son Sia. She then catches an insect out of the air, puts it in her mouth, squeezes it between her lips and presses it onto the wound while her daughter Sassandra watches her. © Alessandra Mascaro

Behavioral scientists have observed that chimpanzees catch certain insects and apply them to wounds like an ointment. They therefore assume that it is some kind of medical treatment. However, it is still necessary to clarify which insects the chimpanzees use and to what extent they actually have pharmacological effects. However, the monkeys have obviously had good experiences with the treatment. Interestingly, they use the insects not only on themselves, but also on wounded group members. This is a striking example of prosocial behavior in our animal relatives, the scientists say.

Wounds, parasites and illnesses of all kinds – as is well known, man has been using the “pharmacy of nature” since primeval times to counteract these problems. This is specifically human behavior, one might think. But that is not the case: there are already numerous examples of the medicinal benefits of certain natural substances from the animal kingdom: “Forms of self-medication have been observed in numerous animal species, including insects, reptiles, birds and mammals,” says Simone Pika from the University of Osnabrück . In order to combat pathogens or parasites, non-nutritional substances are ingested, such as certain parts of plants that contain pharmacological active ingredients.

It was already known that our closest relatives in the animal kingdom also know how to use the “natural pharmacy”: chimpanzees and bonobos deliberately swallow bitter leaves of plants in order to kill intestinal parasites with their active ingredients. The new example of a suspected medical treatment now comes from research conducted as part of the Ozouga chimpanzee project in Gabon’s Loango National Park. There, Pika and her colleagues are studying a community of about 45 chimpanzees.

An insect with a pharmacological effect?

First author Alessandra Mascaro from the Max Planck Institute for Evolutionary Anthropology in Leipzig made the first observation of the new behavior: “In 2019, I observed a female chimpanzee named Suzee taking care of the injured foot of her teenage son Sia. I noticed that she seemed to have something between her lips, which she then applied to the wound on Sia’s foot, Mascar reports. “Later that evening I watched my videos again and saw that Suzee first caught something which she cupped between her lips and then placed directly on the open wound on Sia’s foot. When discussing this observation with team members, it became clear that such behavior was previously unknown.”

Further sightings were therefore required – and they followed: just a week later, co-author Lara Southern from the University of Osnabrück saw the behavior of an adult male. Over the course of the following year, the researchers then systematically filmed animals with injuries and evaluated the recordings. They were finally able to document numerous cases of treatment and describe the procedure. The chimpanzees first catch the insect with their hands and then immobilize it by squeezing it between their lips. It is then placed on the wound and rubbed in with the lips or fingertips. The animals repeat this procedure several times. The insect species used has not yet been identified. Only the basic characteristics are known: the rapid catching movements of the monkeys and the recordings show that the flying insect is around five millimeters in size.

The authors suspect that the insects applied could have anti-inflammatory, antiseptic or analgesic properties. It is therefore obvious that it is a targeted therapeutic use on the wounds. This may be an element of the local chimpanzee culture. Humans have a long tradition of medicinal use of insects. Many different types of insects are used. Some have also been scientifically proven to have antibiotic or antiviral effects. In the next step, the researchers therefore want to identify the mysterious chimpanzee ointment insect. Analyzes should then show the extent to which it has pharmaceutical properties.

In addition to this aspect, the scientists also see an important meaning in the social behavior of the animals in connection with the treatment: After Mascaros observed for the first time how the female chimpanzee Suzee acted as a “healer”, her colleague Southern also documented another example of this Art: “An adult male, Littlegrey, had a deep open wound on his shin, and Carol, an adult female who was tending him, suddenly reached out to catch an insect,” reports Southern. “What impressed me the most was that she handed it to Littlegrey, he put it on his wound, and then Carol and two other adult chimpanzees also touched the wound and moved the insect over it. The three unrelated chimpanzees thus appeared to perform these behaviors solely for the benefit of their group member,” says Southern.

The cognitive researcher Pika says: “Such examples of clearly prosocial behavior are rarely documented in non-human species, but these observations may now convince even the skeptics”. In addition to examining the insect used, the researchers now also want to examine the social dimension of the behavior – such as the main actors and recipients of the treatments, as well as the social learning processes that are associated with the possible cultural transmission. “It is simply fascinating to see that wild chimpanzees still surprise us with unexpected new behaviors after decades of research,” concludes co-author Tobias Deschner from the University of Osnabrück.