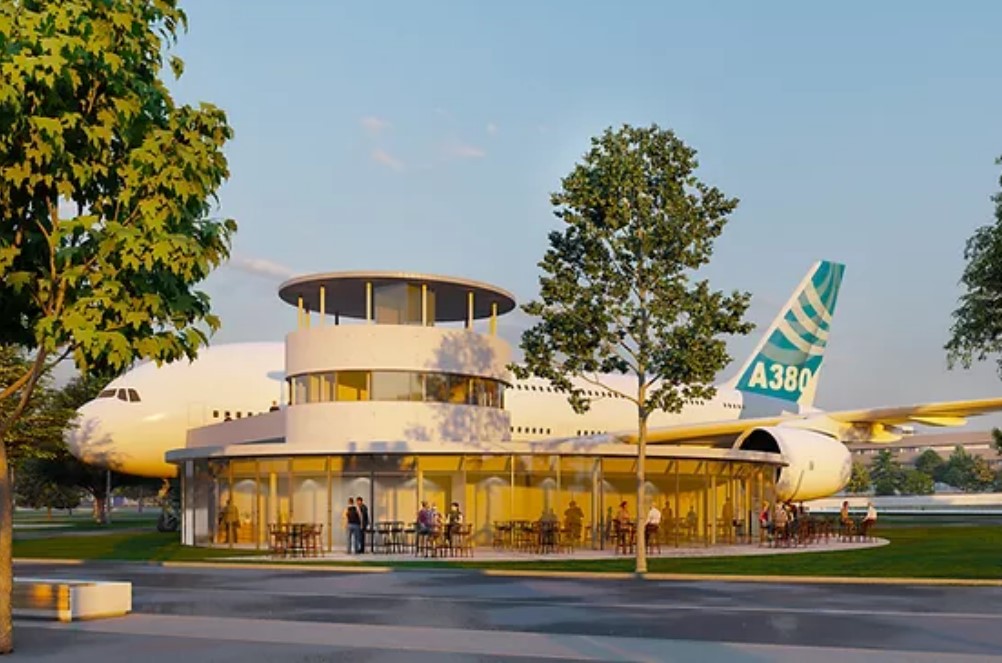 Der Plan is to put down an old A380 destined for demolition on the north side of Toulouse-Blagnac airport and convert it into a hotel with 31 rooms, of which two are suites. One suite is located in the cockpit. Next to the plane will be a restaurant with seating for 60 guests. To stay in aviation spheres, that building is designed as if it were an air traffic control tower.

Worldwide, several aircraft have already been converted into hotels or hostels, including a Boeing 747 in Stockholm (Jumbostay Hotel Arlanda), but it would be the first time that an Airbus A380 is used here. According to La Depeche moet het hotel krijgen at least 3 stars. For more information about the A380 Hotel see Vinden op de project website.