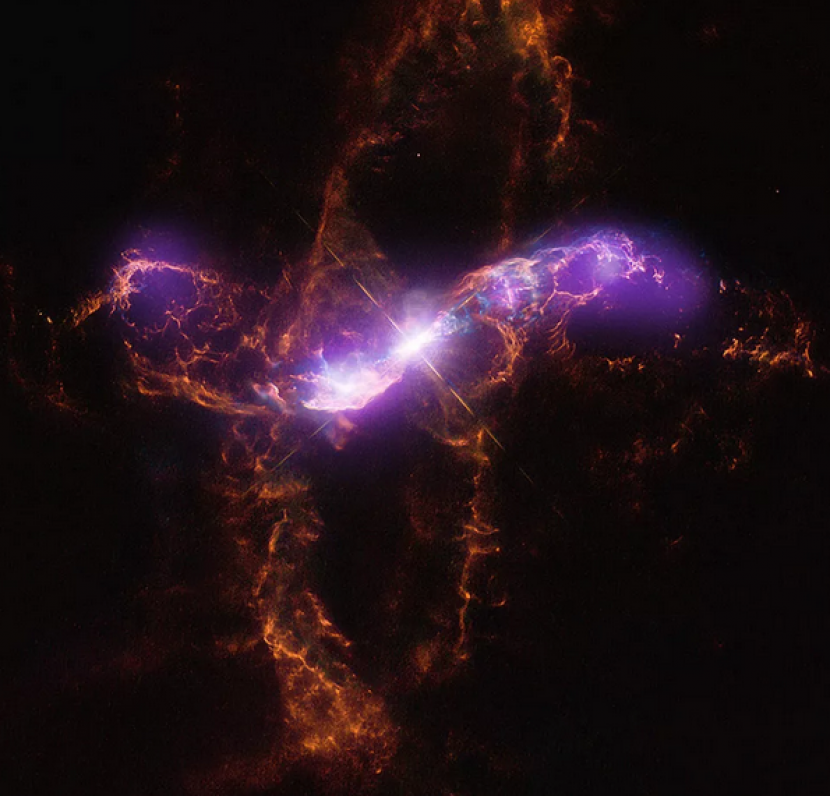 SPACE – Light and energy swirl in an explosive interaction between a dead star (a white dwarf) and variable red giant R Aquarii. The two stars orbit each other in space as the moon orbits the earth.

The beautiful sighting, captured by NASA’s Chandra X-Ray Observatory and the Hubble Space Telescope, is visualized in a new image. There it looks like a fiery volcanic cloud with a huge purple flash breaking through the clouds.

The image shows when a dead star and a red giant orbit each other, the white dwarf pulls material from the red giant onto its own surface. Eventually, considerable material accumulates on the tiny white star’s surface. It sets off an explosion that radiates energy into space.

Astronomers have observed this type of event before and found evidence of a similar explosion in older data. In the new image, Hubble captures red and blue structures, while data from Chandra appear as purple flashes.