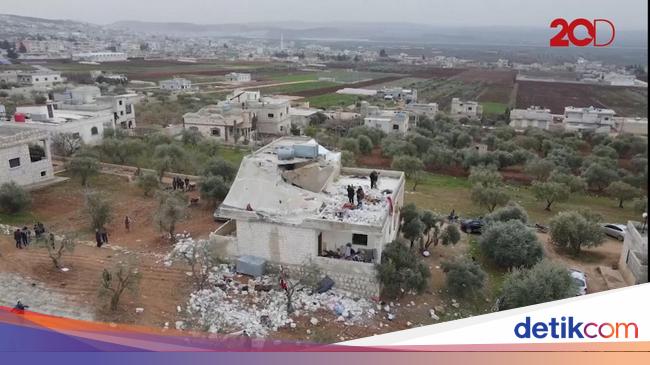 Leaders of the Islamic State in Iraq and Syria (IS), Abu Ibrahim al-Hashemi al-Quraishi, died by suicide. Quraishi blew himself up and 13 members of his family after he was surrounded by US forces.

News of Quraishi’s death, as reported by CNN on Friday (04/02/2022), was reported by the United States Pentagon. The Pentagon reported that there were no US casualties while Quraishi and his family blew themselves up.

“Thanks to the bravery of our troops, this terrible terrorist leader is no more,” said US President Joe Biden.

“Knowing that the terrorist chose to surround himself with his family, including children, we decided to conduct a Special Forces attack at a much greater risk to our own people than attacking him with airstrikes.” , he continued.

Biden and US officials said Quraishi blew himself up as US special forces neared a hideout in northwestern Syria in the early hours of Thursday (3/2) local time. Quraishi reportedly set off an explosion that killed him and his family members, including children.

Not only that, Quraishi is also said to have used the three-storey building and a family living on the ground floor as a “shield”, which made planning the raid difficult.

“It is very clear from the real-time operational review that a large explosion on the third floor was the cause of the death toll,” the US official said.

Read more on the next page.