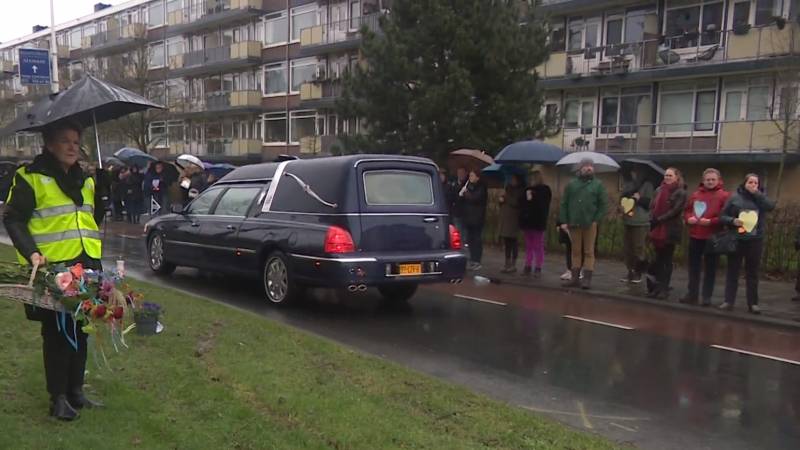 Family and friends paid their last respects in Alkmaar to two women aged 77 and 84 who died last week for life get into a collision.

Around a hundred people formed an honor guard for the funeral procession along Vondelstraat, where the accident occurred. “A sad day, just like the weather,” says the granddaughter of 77-year-old Lies. Her family organized the memorial service before the funeral.

A minute’s silence was also observed in addition to the hedge of honour. Flowers were also laid at the scene of the accident. “I have known Lies for fifteen years and have visited her every week. That shouldn’t have happened,” says one of those present. NH News.

In the run-up to the Haag of Honor, the family drove to various places in Heiloo, the home of the two women, in the funeral procession. The burial began after the memorial in the Vondelstraat. The other victim, Joke, was buried privately yesterday.