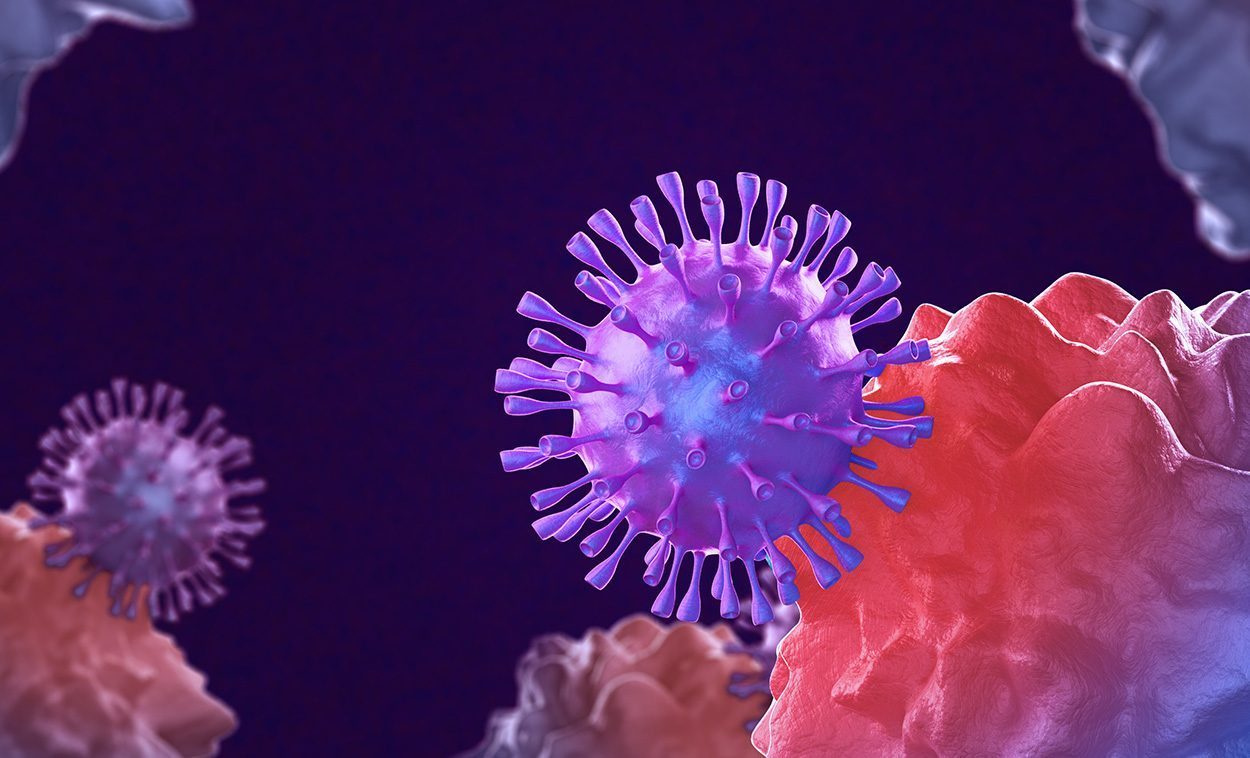 Researchers have identified a particularly virulent variant of HIV in over 100 people in the Netherlands. Compared to other variants, the so-called VB variant, if left untreated, leads to a significantly higher viral load and damages the immune system of those affected twice as quickly. Moreover, it is particularly contagious. Genetic analyzes show numerous mutations throughout the genome of the virus, so the researchers have not yet been able to determine exactly what is responsible for the increased virulence. The variant was probably created in the 1990s. Since it can be kept well in check with common HIV drugs, the researchers emphasize that early diagnosis is important.

About 38 million people are infected with HIV worldwide. If left untreated, the virus causes the CD4 immune cells to die, which ultimately leads to the clinical picture of AIDS. Thanks to antiretroviral drugs, it is now possible to suppress the proliferation of the virus in the cells to such an extent that, with optimal therapy, no HI viruses can be detected in the blood of those affected, their immune system functions normally and it is very unlikely that they will infect other people. While in Germany, as in other Western countries, well over 90 percent of people diagnosed with HIV take appropriate medication, access to diagnostics and therapy is limited in other parts of the world.

Variant in the Netherlands

Similar to the Sars-CoV-2 coronavirus, there is also a risk with HIV that mutations will give rise to new variants that are more aggressive, contagious or resistant to drugs. “Therefore, continuous surveillance of HIV virulence is important for global health,” writes a team led by Chris Wymant from the University of Oxford. In a cross-national long-term study, the researchers are therefore examining the virus genome in thousands of HIV-infected people from Europe and Uganda.

As part of this investigation, Wymant’s team first identified a new variant in 17 HIV-positive people that was associated with a particularly high viral load and rapid decline in CD4 cells. 15 of the 17 people came from the Netherlands, one each from Switzerland and one from Belgium. In order to track down the variant, Wymant and his colleagues also evaluated data from over 6,700 HIV-positive people in the Netherlands. In fact, they were able to identify the variant, which they named VB variant (virulent subtype B), in a further 92 people.

“The pre-treatment viral load in these individuals was 3.5 to 5.5 times higher and their CD4 cell count decreased twice as fast as in other HIV-infected individuals,” the researchers report. While with other variants of HIV the number of immune cells has fallen so far that AIDS breaks out only after about six to seven years, the researchers estimate that this is the case with the VB variant after two to three years, in older infected people even faster. According to the researchers, the rapid decline in CD4 cells is not only due to the increased viral load, but also because each individual virus of the VB variant is more harmful to the cells than other HIV variants.

The researchers have not yet been able to answer why this is the case. “The VB variant genotype is characterized by many mutations distributed across the genome, meaning that a single genetic cause for the increased virulence cannot be identified from the current data,” they write. They did identify one of the numerous mutations that is associated with an increased ability to damage CD4 cells. However, this mutation also occurs in other variants that are already known. “This makes it unlikely that this mutation alone is the dominant mechanism for the virulence effect we observed,” say the researchers.

mutations from the 1990s

The genetic data suggest that the new variant was not created by recombination of existing HIV strains, but by new mutations. These probably arose in the 1990s. In a 1992 sample from Amsterdam, the researchers found a virus variant that was likely the progenitor of the VB variant found in the more recent samples. Genetic comparisons suggest that the VB variant spread faster than other HIV variants until the late 2000s. Since 2010, however, the prevalence has probably declined again.

Demographically, the 109 identified VB carriers were no different from other HIV positives. 82 percent were men who have sex with men, 86 percent were born in Western Europe. The age of those affected and the assumed type of transmission did not differ either. The temporarily accelerated spread of the VB variant is therefore probably actually due to properties of the virus itself and not to specifics of the infected people.

“Our findings underscore the importance of World Health Organization guidelines that people at risk of contracting HIV should have access to regular testing to allow for early diagnosis, followed by prompt treatment,” says Wymant’s colleague Christopher Fraser. “This limits the length of time that HIV can damage a person’s immune system and put their health at risk. It also ensures that HIV is suppressed as quickly as possible, which prevents transmission to other people.”