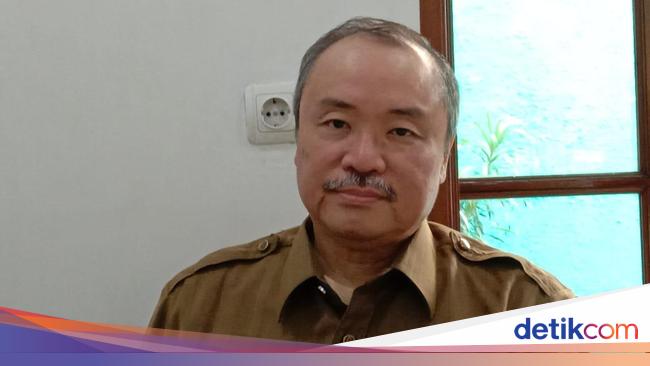 The inheritance dispute over the late Sinar Mas founder Eka Tjipta Widjaja has entered a new phase. The lawsuit that was filed Freddy Widjaja one of Eka Tjipta’s children in relation to the will made on April 25, 2008 in the South Jakarta District Court.

According to Freddy, the lawsuit was dismissed because Freddy’s statutory child status was overturned by the Supreme Court (MA).

“My lawsuit was dismissed by the main evidence that my legal child status was overturned by the Supreme Court,” Freddy said at a news conference in Menteng, central Jakarta, on Thursday (03/02/2022).

He explained that in 2020, Freddy filed an application with the Supreme Court to establish the status of Eka Tjipta’s legal child. The decision was issued in February with Central Jakarta District Court Decision No. 36/Pdt.P/2020/PN.JKT.PST.

“Because Supreme Court Decision #3561 of December 10, 2020 is one of the strongest pieces of evidence against me in the South Jakarta court, my lawsuit was dismissed in January 2022,” Freddy said.

In notes detik.comWhen he filed a lawsuit in the South Jakarta District Court, Freddy said that in fact he had already received an inheritance, but in his opinion what he had received did not comply with the law.

Previously, the Sinar Mas group had stated that Freddy had already received a share in Eka Tjipta’s will.

“It was reported by my stepbrothers that I received my inheritance rights, but it was not explained in detail how much I actually received. I’m going to explain this so I don’t get confused so I can get the right will,” Freddy said when arriving in South Jakarta District Court on Wednesday (12/8/2020).

He explained that as the son of Eka Tjipta from an unofficial marriage, he only made Rp. 1 billion. Meanwhile, his other brothers received Rp. 2 trillion.

“The amount is only IDR 1 billion, some of my brothers got IDR 2 billion, my beloved brother above who is richer than me. I and 13 other people received IDR 1 billion,” he explained.

For information: Eka Tjipta officially has only 15 children from 2 marriages. Meanwhile, Freddy Widjaja is the son of an Eka Tjipta marriage that is not officially registered.

Freddy stated that it was his own wish to achieve division of the estate under current civil law. Of the total assets, according to him, children from legal marriages receive 2/3 of their assets, while 1/3 of the 2/3 assets belong to him and his brother, who is Eka Tjipta’s son from an illegitimate marriage.

“This is a legitimate portie, 2/3 of the property is for legally married children, 1/3 of 2/3 of that belongs to our children in an illegal marriage. I claim my rights under the law, under the law, it’s as much as legitim portie under the civil law,” Freddy said.

Even in the lawsuit that Freddy filed in South Jakarta District Court, he also included the amount of Eka Tjipta’s net worth that he knew. It included the total assets of several Sinar Mas companies, totaling 16 companies with assets of IDR 737 trillion.