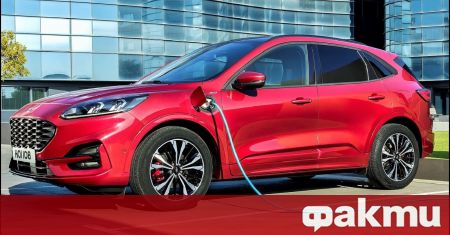 The answer to this question gives us an analysis of anonymized data from customers of the best-selling hybrid car in Europe Kuga Plug-In Hybrid, shows that the average annual distance traveled by them is just over 10,000 km. Based on homologated data on total WLTP emissions, the Kuga Plug-In Hybrid emits approximately 1,110 kg less CO2 than the emissions of a similar internal combustion engine model – in this case the Kuga 1.5 EcoBoost for the same distance.

The data also shows that drivers of Plug-In Hybrid cars prefer to keep their car’s battery 100% charged, with almost half of the charging happening at night. Short, from one to two hours, charges during the day are also popular. Ford expects this charging frequency on the part of PHEV drivers to increase even more with the expansion of charging infrastructure

Another interesting fact from the statistics is that for every 100 days of driving there are 71 recharges, which shows that customers recharge more often on the days when they use their Kuga. In addition, the average charge at start-up is 30%, which suggests that customers rarely drive until the battery is completely depleted, but rather keep it fully charged to maximize electric driving.