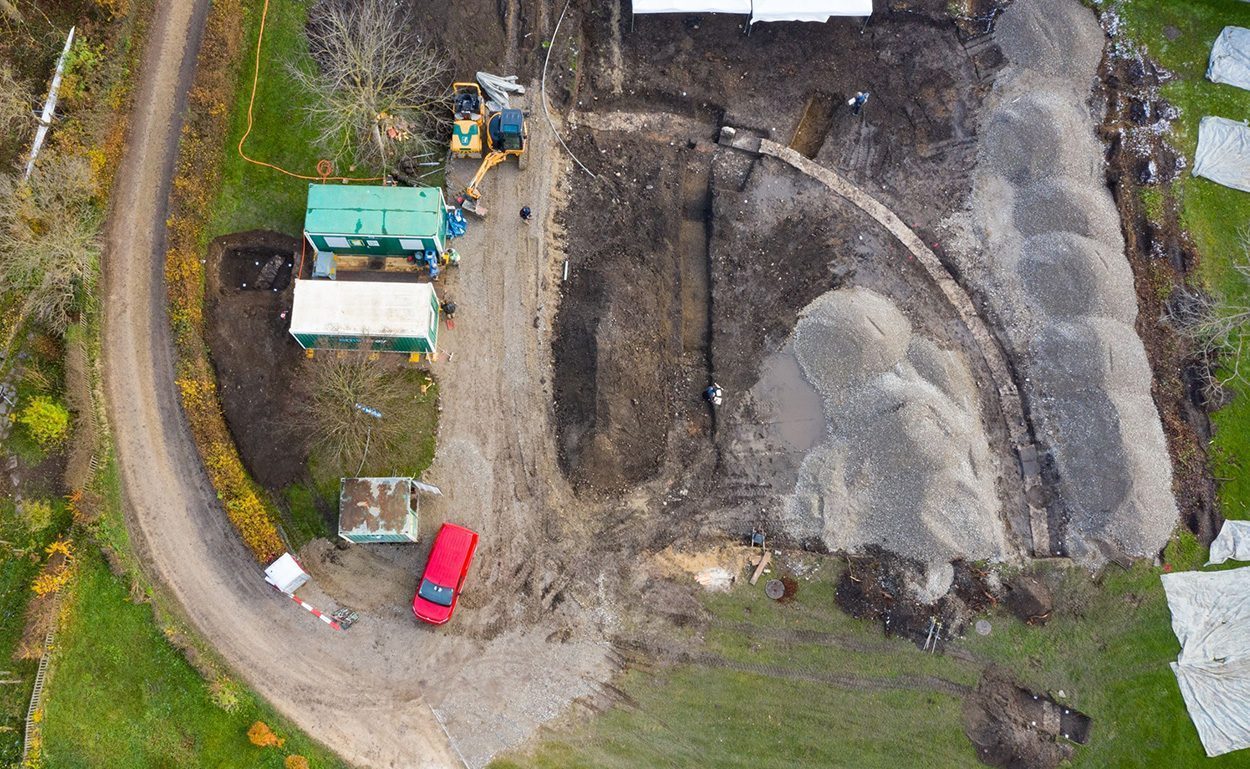 In the greater Basel area, archaeologists have discovered the remains of a Roman amphitheater complete with arena wall and entrance gates. The dating reveals that this arena structure was not built until the fourth century, making the amphitheater the youngest in the entire Roman Empire, the team reports. The construction testifies to the great importance of the Roman fort, which was then located at this point on the banks of the Rhine.

The Kaiseraugust community in the greater Basel area has a history that goes back to Roman times. Because the settlement on the banks of the Rhine dates back to the Roman city of Augusta Raurica, founded in 45 AD. Kaiseraugust is located where around 100 AD. the lower town and the fort of the place were built. According to historical records, this part of Augusta Raurica remained inhabited when the Roman troops withdrew in the early 5th century.

Now a spectacular find shows how long Roman culture and traditions have remained alive in Kaiseraugust: In preparation for the construction of a new boathouse for the Basel Rowing Club, an excavation team from the Aargau Cantonal Archeology examined the subsoil for possible relics from ancient times in December 2021. Because the construction site was in the area of ​​a Roman quarry, however, it was not expected to find remains of buildings or other intact structures. The scientists were all the more surprised when a large, oval ring of walls appeared in the ground. Further excavations then brought more relics to light, which confirmed the initial suspicion: they are the remains of a Roman amphitheater.

The complex is around 50 meters long and 40 meters wide and is located in a depression immediately west of the former Kaiseraugst fort, the Castrum Rauracense. Archaeologists uncovered a large gate to the south of the complex, which was flanked on both sides by two side entrances. At one of these entrances, the threshold made of large blocks of sandstone was still preserved. There was another entrance to the arena on the western side of the complex. The curved wall once formed the perimeter of the arena and was plastered on the inside, the team reports. The grandstands consisted of a wooden construction, from which the imprint of a wooden post could still be proven.

The most recent arena construction of the Imperium Romanum

In principle, an amphitheater is nothing unusual in this region: it is the second arena of this type in the canton of Aargau, and the new find means that eight Roman amphitheaters are now known in Switzerland. Typically, these arenas featured gladiator fights, animal hunts, and other amusements. What is special about the new amphitheater, however, is its age: based on the building materials and the fact that the arena was built in a quarry that had been abandoned since Roman times, archaeologists date the ensemble to the 4th century.

This arena thus dates from late antiquity and is the youngest known amphitheater in the entire Roman Empire, as reported by Canton Archaeology. The monument underlines the importance of the Castrum Rauracense in the 4th century AD. Apparently, the fort was still an important settlement with a military function on the Roman border at that time, but it was also an administrative center. In order to protect these valuable relics, the remains of the amphitheater will be filled in again and built over. The building remains in its original place and can be preserved there for the future.