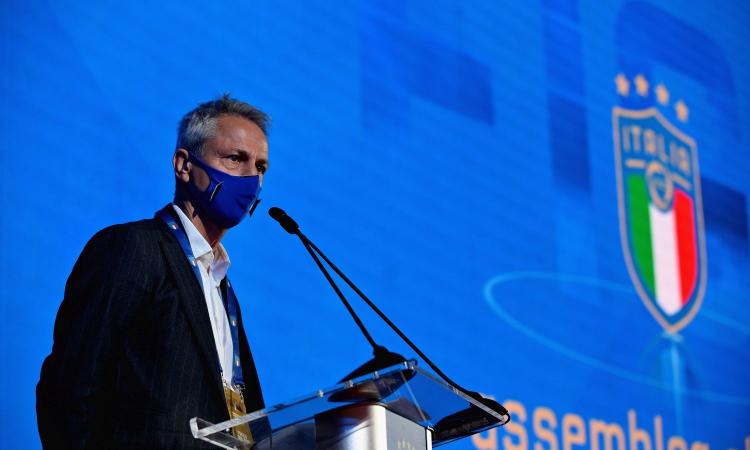 An earthquake, not too unexpected. Paolo Dal Pino is no longer president of Lega Serie A, a choice that has been made in recent weeks and has become official today. There are officially family reasons behind the resignation. with the Lombard executive who has moved with his family to Los Angeles where he is CEO of the Telit company, but that is undeniable The decision was influenced by distrust of him on the part of the majority of club presidents. Poisons and Rifts, confirmed between the lines of the suicide note: “I tried to propose ideas and innovations in a context resistant to change. I am proud to have worked very closely with the FIGC and I thank Federal President Gabriele Gravina, gentleman, lover of this sport and inspired leader of Italian football and the principles of fairness and sporting loyalty, with whom I have shared two years of struggles side by side to survive the pandemic and try to revitalize Italian football amid endless external and internal difficulties”.

The straw that broke the camel’s back is the club presidents’ secret ballot of A, che promotes to independent director Gaetano Blandini, Lotito’s candidate and not Ezio Simonelli, the name he brought to the Assembly, and above all the friction of the clubs to unify the statute on the guiding principles of the Coni (which, among other things, provide for a simple and unskilled majority for decisions), together with a warlike action against the FIGC, which reacts to it gave until February 15 to adjust and threatened the commissioner. The transition from qualified to simple majority is not just a bureaucratic issue. as he writes republic Today, for example, 14 out of 20 votes are required to change the management of archived television rights and the management of video production of games. The result is that the big players (especially Inter, Milan, Juve and Napoli) Thanks to alliances with other clubs, they have always managed to manage them themselves, which contradicts the hypothesis of collective management advocated by small clubs.

Dal Pino is leaving Italian football at an uncertain, extremely delicate moment. For the negotiations with the government, between attendance at the stadiums and the refreshments, and for the growing tensions with the FIGC, of ​​which his enemies say he had become an ally. Dal Pino wanted reforms in an old world and did not find the support he was looking for. Starting with entering the funds, first approved and then rejected by Inter and Juve, lured by the Super League. Since there is now no Vice President, elections will be called as soon as possible (A special meeting has been called for Monday, February 7th), as indicated by Gravina. Lotito will try to impose his own man but 14 likes are required and nobody has them at the moment. With Lotito, in addition to Lazio, there are also Udinese, Inter, Fiorentina, Samp, Verona, etc. Milan, Rome, Turin and others are against. Juve has not commented at the moment. The fight has only just begun.