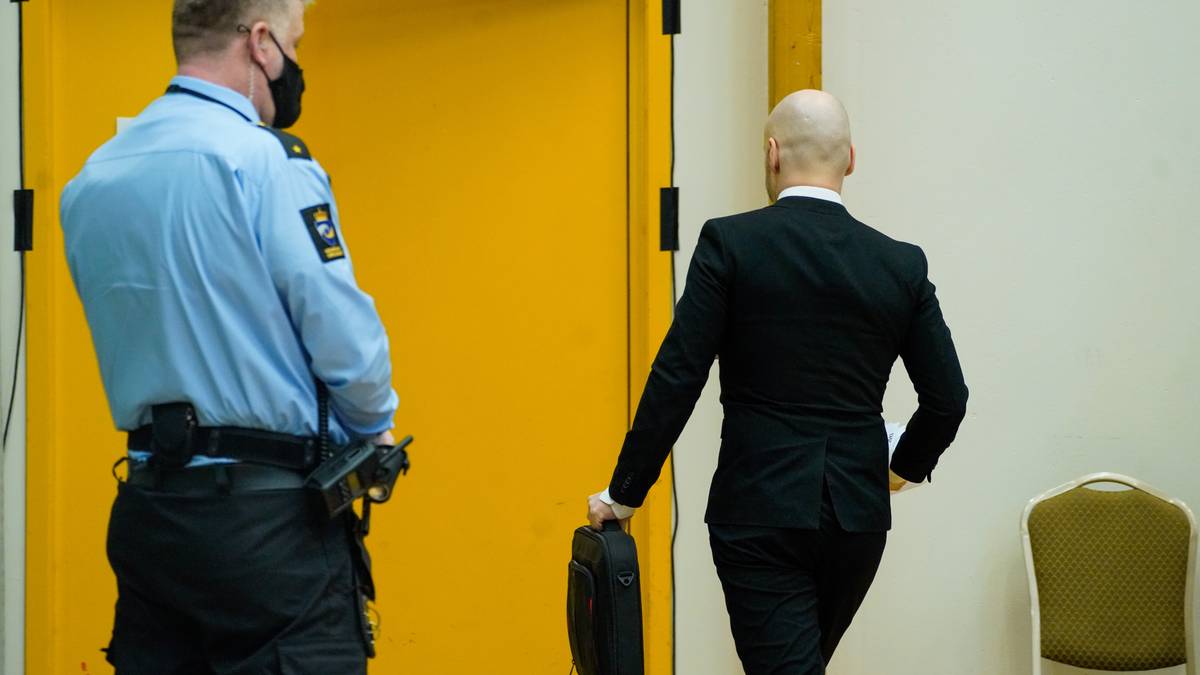 The unanimous decision of the district court of Telemark came on Tuesday afternoon.

– I discussed the outcome with my client and he expressed that he would like to appeal. That’s all I can say, defender Øystein Storrvik tells NRK.

Even if Breivik appeals, the Court of Appeals may decide not to take the case. They can do this when they feel that the case has no way of moving forward.

– How confident are you that the Court of Appeal will take the case?

– We are by no means sure about that, Storrvik replies.

He tells NRK that they are preparing a separate case on Breivik’s detention conditions.

– We are preparing a lawsuit for what we believe has been violated. That his human rights have been violated in the conditions he is being subjected to. It has been tried in court before, but it has lasted for several years with very few changes and improvements. So let’s prepare it now, says Storrvik.

The court points out that Breivik has not changed and that his social image and ideology are the same as in 2011.

“The accused is obviously disturbed and has a world of ideas that is difficult for others to penetrate. He has the same ideological starting point today as in 2011, but declared that from now on he only wanted to stand up for his view with peaceful means, writes the court, which does not trust him.

They refer to forensic psychiatrist Randi Rosenqvist, who has stated that Breivik is unreliable.

Prosecutor Hulda Karlsdottir says prosecutors are very happy with the outcome and are not surprised that Breivik is appealing.

The head of the self-help group after July 22, Lisbeth Røyneland, also believes that the verdict was as expected.

– The trial itself only confirmed what we were told in the previous court rounds, that the terrorist is still very, very dangerous.

She says that unfortunately it is as expected that Breivik is anchoring.

– What is difficult is the unpredictability of new cases. I think that’s difficult for me personally as well as for many others, Røyneland tells NRK.

The judge writes that Breivik has shown no visible remorse.

“He has distanced himself somewhat from the actions by constructing a reality of himself as a brainwashed soldier who only obeys orders. However, who gave the order and how the order was given is so vague that it cannot be assumed that the defendant himself believes it.”

The judge believes Breivik is trying to adjust the statement in a way that works for him. But the court considers his testimony to be unreliable.

“The defendants appeared to lack empathy and compassion for the victims of terror. He verbally expressed his sorrow for those affected. But at the same time he defended and legitimized his actions by saying that most of those affected on Utøya were not children but people in “leadership positions”. And that despite the fact that he must know that among those killed were children as young as 14,” the decision reads.

They write that they cannot assume that he is no longer violent, as he claims in court.

“His verbal assurances and words of honor are of little value, even if he means what he says. Thereafter, the court concluded that the risk of violence to the defendant is qualified and real and is the same today as it was when the prison sentence was handed down in August 2012,” the judge writes.

In court by psychiatrist Randi Rosenqvist clear that Breivik is still a dangerous man.

– Statistically, the possibility of new violence in the event of parole is high, Rosenqvist concluded.

The case spent three days in Skien prison, where the gymnasium was temporarily used as a courtroom.

Breivik came every day with Nazi posters and papers with right-wing extremist content attached to his suit and a bag.

His message was that there was genocide against white people, a well-known conspiracy theory in far-right circles. Several times during the day he tried to attract the attention of the press. He queued to be photographed and pointed to the text he was carrying.

He made several Nazi salutes, also addressed directly to the judge.

Simultaneously Breivik claimed he is now distancing himself from violence.

– I ask for your understanding that one can be a Nazi without being militant. Today I distance myself decisively from violence and terror and from the aims of the Manifesto. I give you my word of honor that this is behind me forever, said Breivik.

He described himself as a parliamentary candidate for the Nazi movement in Norway.

Public prosecutor Hulda Olsen Karlsdottir does not believe that this is very credible. She cited forensic psychiatrist Randi Rosenqvist and the prison’s assessment. They believe that Breivik is still a dangerous man.

Defense attorney Øystein Storrvik was concerned during the trial that Breivik had no progression of sentence. He believes the prison must try to make it easier for Breivik to meet other people as employees.

Judge Dag Bjørvik writes in the decision that the court has no basis to comment or comment on the criticism of the defendant’s detention conditions.

Can give many rounds in court

Breivik stayed in 2012 Sentenced to 21 years imprisonment with a minimum sentence of 10 years, which was the maximum minimum time a convict could be sentenced when Breivik was convicted. Breivik took the first opportunity he had to apply for parole.

The July 22 terrorist has the opportunity to reapply for his release a year after the last final decision.

If Breivik is sentenced to a total of 21 years’ imprisonment, the court can extend the imprisonment by five years at a time.

In general, NRK has chosen not to show images of Breivik’s far-right messages and Nazi salutes. It is clear to the editors of NRK that NRK’s ​​reporting should not be characterized as a lectern for Anders Behring Breivik. Read more about it here.