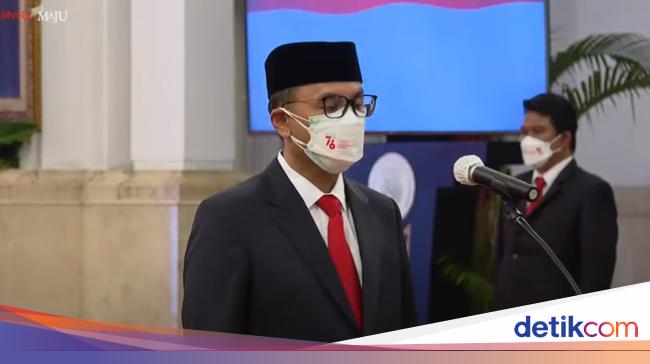 Reporting Center for Financial Transactions and Analysis (PPATK) revealed irregularities in the flow of large sums of money from state officials to girlfriends. like what

First, Santoso, a member of Commission III of the DPR, the Democratic Group, questioned the extent to which the PPATK monitors the financial flows of close relatives. He said that PPATK must anticipate this.

“I would also like to ask about the financial transactions of officials, the extent to which PPATK monitors left-right relatives, employees, because some also give money to family, friends, colleagues and subordinates. This must be a model for PPATK to prevent money laundering,” Santoso said in a meeting on Monday (01/31/2022).

“Currently, many officials don’t have accounts in the billions, but their homes are in the hundreds of billions, not assets yet. Seeing that PPATK doesn’t have much money, it must be a model. If PPATK flows like water, the people committing money laundering crimes will not be finished,” he said. .

In answer to that question, chief PPATK Ivan Yustiavandana said there were officials who transferred the money to the family. Even to “girlfriend”.

“In terms of official transactions, yes there have to be official transactions relating to the nominees, then relatives, family, friends, colleagues, subordinates and all sorts of things. So not only to the family, but for example an apology “Yes, I’m sorry, for example to girlfriends or other people who are wrong and all sorts of things, we also call that nominees,” said Ivan.

“Transactions have been proven to be from girlfriends on several occasions. For example, some of these irregularities…” Ivan said.

Ivan’s testimony was earlier interrupted by the participants in the meeting, who were joking about the girlfriend.

“Mr. Head, Pak Santoso is suspected of having a girlfriend,” Sahroni said jokingly to laughter from members. (member laughs)

“It should be suspected,” said Bambang Pacul.

Ivan then went on to explain his girlfriend’s proven illegal transactions. Then he mentioned the helmsman who had a flight attendant. Ivan did not specify who his statement at the meeting referred to.

“Yes, the taxpayer is a flight attendant girlfriend, then we also see people in West Java, the person also bought his girlfriend’s house with a cash transaction, how many hundreds of millions for the house. From there it was established that it was associated with ASN or officials. When we find out that the officials are correcting us, some of them at the KPK met like that,” Ivan said.

Also see Video: Surveillance while swimming against the tide in Gadog, Can Dishub be escorted?