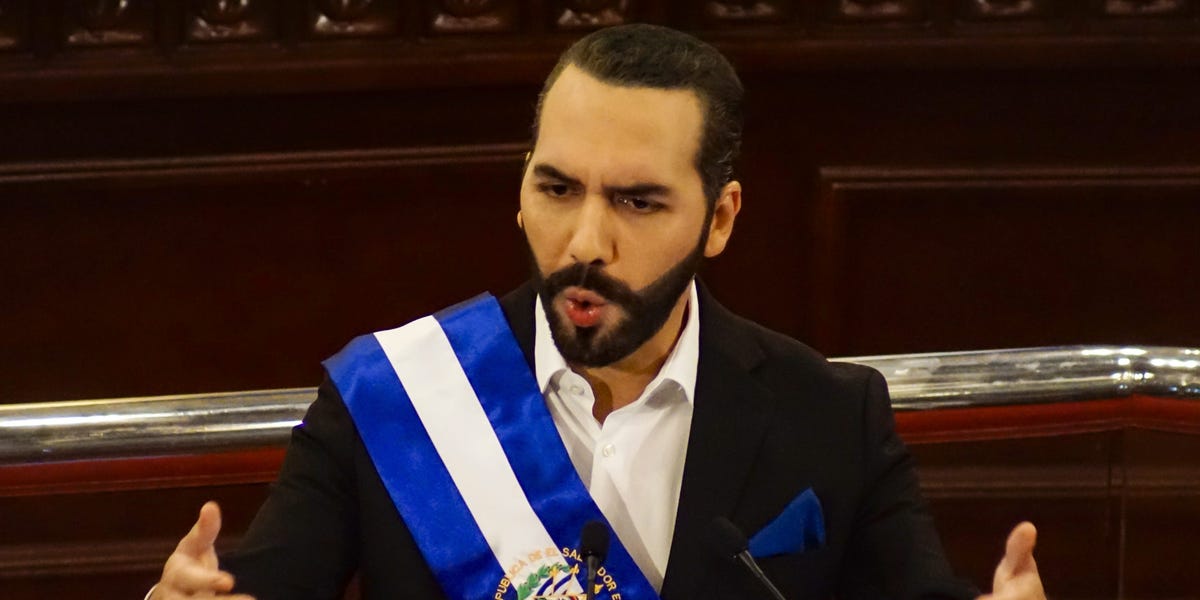 The prediction comes as bitcoin has fallen nearly 20% this year and days after the International Monetary Fund asked the country to stop using the digital coin as legal tender.

“A gigantic price increase is only a matter of time,” Bukele said in one Monday post on Twitter. He focused his case on Bitcoin’s supply cap and his estimate that there are 50 million millionaires in the world.

“Imagine if each of them decided to own at least ONE #Bitcoin. But there will only ever be 21 million #Bitcoin,” he said. “No[t] enough for even half of them.”

The 40-year-old leader has not specified how much higher he sees Bitcoin rising or a time horizon for such price action.

The world’s most traded cryptocurrency rose during Monday’s session, hovering around $38,470. The price has been slashed about 17% in 2022 as part of a massive sell-off in cryptocurrencies and other risky assets as investors prepare

Bukele spearheaded the introduction of bitcoin as his country’s legal currency in 2021. Businesses there had to start accepting bitcoin as payment for goods and services last September.

But last week, the IMF urged the Central American country not to use bitcoin as legal tender. The digital asset “poses major risks to financial and market integrity, financial stability and consumer protection,” the IMF said. “It can also create contingencies.”

IMF directors also called for tighter regulation for Chivo, the country’s official e-wallet, and expressed concern about the risks associated with issuance of bitcoin-backed bonds. Bukele said last year El Salvador will The goal is to raise about $1 billion through a bitcoin bond.