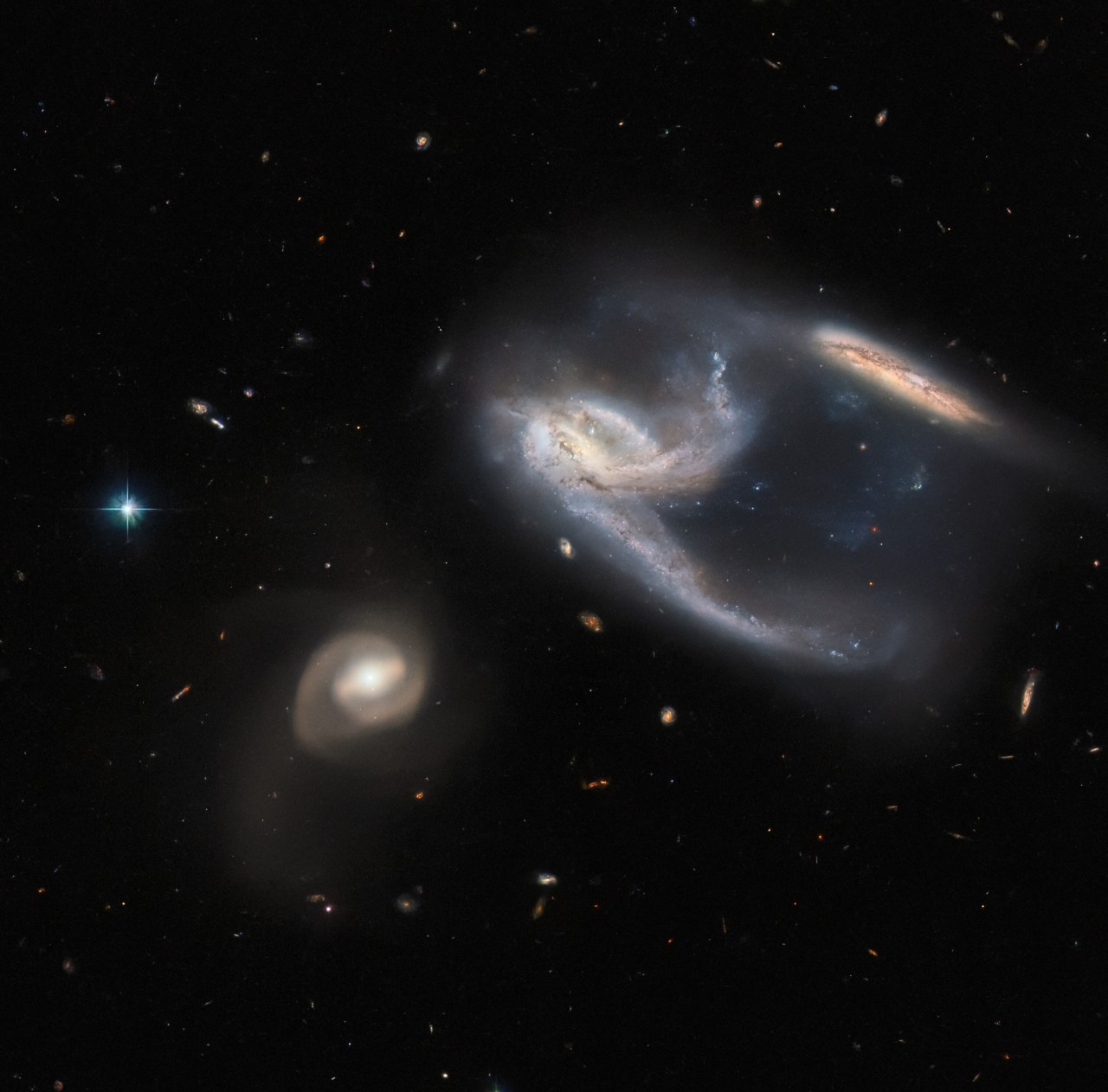 The photo was taken by the Hubble Space Telescope, a joint effort between NASA and the European Space Agency (ESA).

The first galaxy is shown in the lower right of the photograph and is described by the European Space Agency as “bowling ball shaped”. Near the center of the photo, you can see the second galaxy, with long tails extending from its center. At the top right is the third, orange galaxy.

The three galaxies have been given the not-so-catchy combined name “NGC 7764A”. They are about 425 million light years from Earth.

NASA shares a beautiful photo of an “elegant” galaxy

The galaxies at top right appear to “interact with each other,” wrote the European Space Agency in a Post describing the photo.

“The long trails of stars and gas emanating from them give the impression that they have both just been struck at great speed and muddled by the bowling ball-shaped galaxy in the lower left of the image,” ESA said. “It’s also unclear if the galaxy on the bottom left is interacting with the other two, although they’re so relatively close in space that it seems possible they are.”

Nonetheless, these slow interactions are indicated by the subtle edges around the galaxies. ESA mused that the galaxy at top right looks like the USS Enterprise from Star Trek. do you see the resemblance

NASA is streaming the Hubble Space Telescope’s view live when it’s aimed at a target. You can check it here.