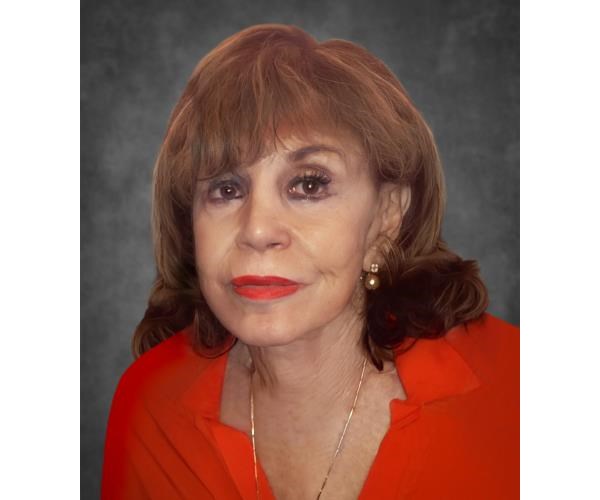 Nancy Barbara Caplan Grant (née Rottner) passed away on January 14, 2022 at MorseLife Assisted Living in Palm Beach. She was 91 years old. Just a few months before her death, MorseLife underwent a brief makeover, so Nancy was helped by her favorite assistant to prepare for a 4 day retreat at The Carlisle Palm Beach. In anticipation of this move – an inconvenience for many in the ’90s – Nancy displayed the same excitement you’d see in a teenager before a party. A woman with a huge sense of fun – who loved meeting new people to the end of her days – even through aches and pains, Nancy retained the traits of her youth. The eldest of three children born to Maurice and Edith Rottner, Nancy was born and raised in West Hartford, Connecticut. She had an idyllic childhood. Her family owned a beach house on Long Island Sound in Westbrook, Connecticut, near Katherine Hepburn’s home and Bill Hahn’s resort (now Water’s Edge), where, for example, young Barbara Streisand performed. Nancy loved being surrounded by nature there. The Rottners lived in the beach house during the summers, including the years that Nancy was in high school. After graduating from Hall High, she attended the University of Wisconsin and then the Vesper George School of Art in Boston. In 1950, Nancy married David R. Caplan, a union that would produce two children: Robin Keuneke and Peter S. Caplan – blessed memories. When the family moved to Atlanta, Nancy and David, both highly creative individuals inspired by the New England antiques years, founded two artisanal lighting companies: Georgian Art Lighting and, a few years later, Plantation Lighting. The companies exemplified the finest handcrafted brass and copper lighting in the country. Striking Georgian-style lanterns adorned the grounds of the Georgia Governor’s Mansion on West Paces Ferry Road. After divorcing in 1982, Nancy started a handknit sweater business based on original designs, bringing yarns and their innovative patterns to unemployed knitters who had no means of transportation and needed work. Helping these women improve their lives brought satisfaction to this fiercely independent woman. She was a fireball. Capitalizing on her unusual ability to excel in both art and business, her bold designs in the finest yarns exemplified the quintessential 1980s color-block knitwear that placed Nancy at high-end retailers such as Saks Fifth Avenue. A few years later, to be close to her aging parents, she moved to Palm Beach and founded Fancy Nancy, a successful handbag and leather goods label. Nancy traveled the world in search of suppliers for her boho designs, which can still be found as autographed collectibles on Ebay, and was content to do business even in China, where her confidence enabled her to negotiate with aggressive success . It was around this time that she met and married Richard S. Grant, a loving relationship that would last for twenty years until his death in 2011. In retirement, they found joy in each other’s company, which included world travel, many friendships, and much more philanthropy. They loved their new home in Delray Beach and were as excited as two newlyweds to move there. It was to be the scene of many memorable parties. In the years following Dick’s death, Nancy continued to knit for her own – and her daughter’s – pleasure. She had a talent for landscaping and gardening and continued to develop her property at the Seagate Country Club in Delray Beach with the same originality found in her sweaters. Large topiaries of fuchsia bougainvillea accented mature tropical palms and created a sense of glamor that Nancy’s personal style demanded. Her talent for interior design was also evident. Exemplified in her colorful home, Nancy, for example, dared to combine a large reed basket with an antique serving dish. Presenting the everyday with the precious was a sensitivity that couldn’t be missing when choosing materials for their handbags and sweaters. Nancy was an avid reader, appreciating the work of Joyce Carol Oates as much as the classics. And she loved painting, especially the idiosyncratic works of Frida Khalo. Nancy never missed a bridge game at her country club or an opportunity to support her favorite charity, the Jewish Federation. Nancy has always been an excellent home cook and was part of her daughter’s motivation to write books about cooking with natural foods. In addition to her daughter Robin and son-in-law Thomas of North Chatham, Massachusetts and Delray Beach, Nancy is survived by her sister Judith’s daughters – fondly remembered – and her nieces Amie Phillips and Karen Ellison. both from Atlanta. Despite the pandemic, Nancy was frequently visited at MorseLife by Robin and Thomas, whose company she enjoyed to the end.

Published by Hartford Courant on January 30, 2022.

To plant trees in memory, please visit the sympathy shop.