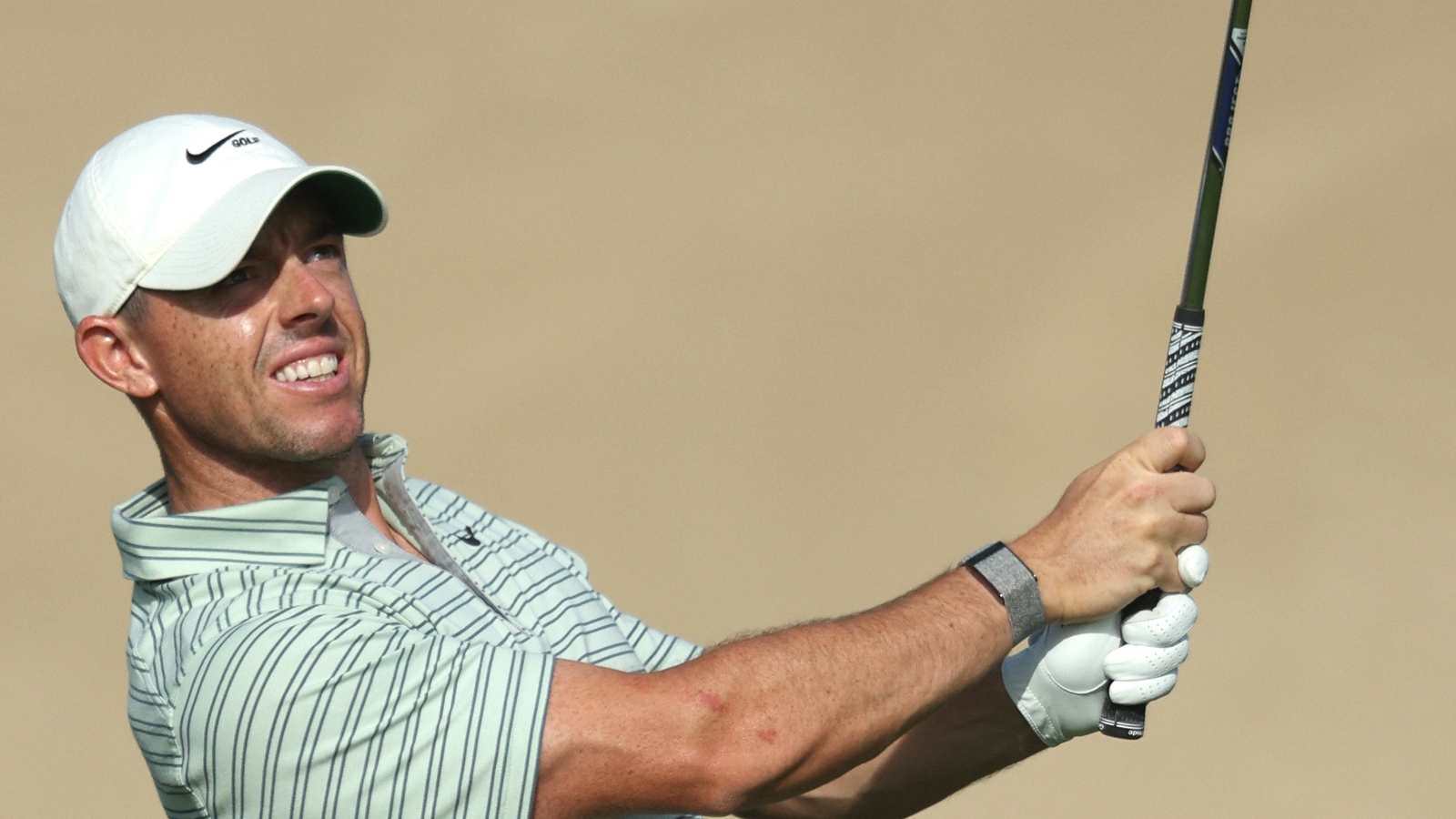 Rory McIlroy moved to within two shots of the lead going into Sunday’s final lap of the Slync.io Dubai Desert Classic.

Padraig Harrington also carded a 69 to reach a seven-under tie for 11th, while Shane Lowry’s 68 has the Offaly man four strokes down in 23rd.

In a more mixed round than Friday, McIlroy’s four birdies were offset by bogeys on holes three, 11 and 16.

But it was his Adler on 10th that briefly put him within a shot of the lead and ultimately proved crucial to send him into contention for Sunday’s final lap.

The Northern Irishman is one ahead of England’s Tommy Fleetwood and South Africa’s Erik van Rooyen, who are nine-down at 69 and 71 respectively.

Harrington, meanwhile, followed up with back-to-back birdies on second and third with a pair of bogeys in fifth and sixth, but the three-time Major winner racked up more shots in 10th, 14th and 18th to put himself in the hunt for a top 10 finish to embark with the Dubliner in a tie for 11th place with Lee Westwood.

Lowry had a strong day with the only setbacks being a bogey on the 12th after a double bogey on the nine. But seven birdies saw him a four-under par round for Saturday.

McIlroy, who actually won this in 2009 and 2015 and finished second four years ago, said afterwards: “I’m excited. Had a really good chance in 2018 and let it slip through my fingers when Haotong won. Good to give me another chance.

“It would be nice to get another win, especially here in Dubai. But of course it’s nice to win somewhere early in the season. So tomorrow I just have to go out and try to play a good round of golf and hopefully it’s good enough.

“There’s some good things in there and some bad things too and I feel like it all evened out in the end and it was nice to make that last birdie and shoot something in the 60s and get into the tomorrow.” to play last group.”