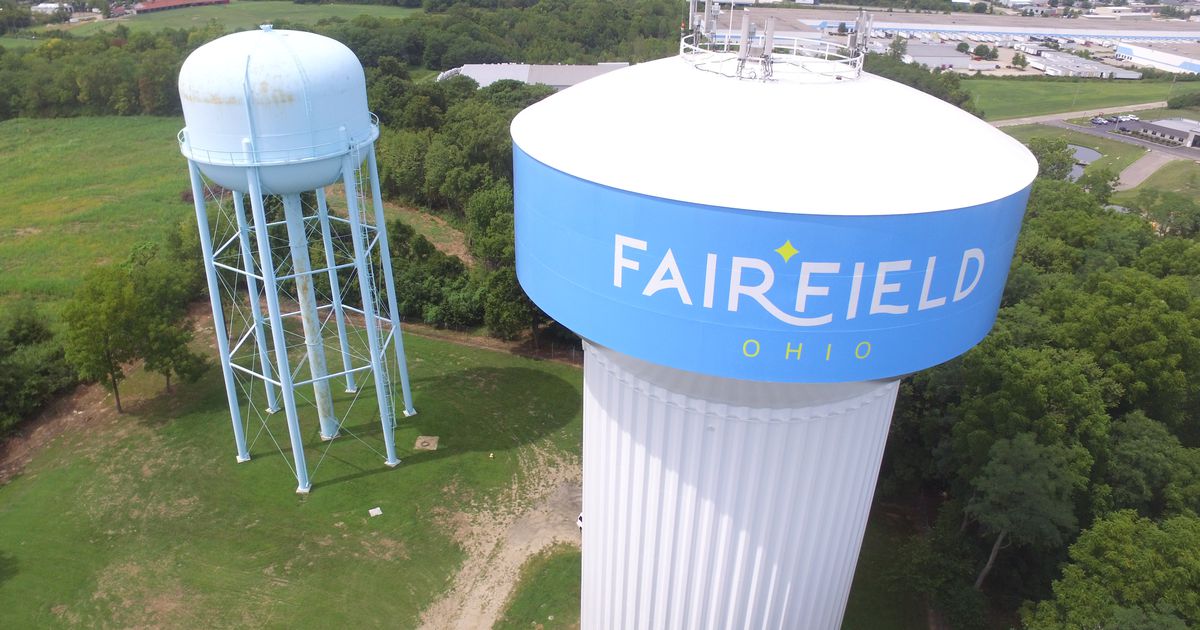 The 500,000 gallon water tower, which sits alongside a recently rehabilitated 1.5 million gallon tower, was built in the late 1960s and was last fully rehabilitated in 1996. Sackenheim said existing coating systems are failing.

“The project will recoat the steel tank both inside and out, protecting the water quality and structural integrity of the tank for decades to come.”

The city will also contract with Dixon Engineering to inspect the work. Sackenheim said this third-party technical inspection will “ensure the integrity of the remediation work.”

Dixon Engineering, a company specializing in coating systems for water towers, has inspected all of Fairfield’s water tower projects for at least the past seven years.

The city will pay Medina-based Dixon Engineering $64,250 for its services, and Sackenheim said rehabilitation work is expected to begin this spring.

So far the city has rehabilitated three water towers in recent years and the smaller tower on Seward Road will be Fairfield’s fourth to be rehabilitated. The water tower in Harbin Park could be renovated within two to three years depending on its condition.

Due to the city’s growing industrial and commercial base, Fairfield plans to build a sixth water storage facility on Port Union Road.