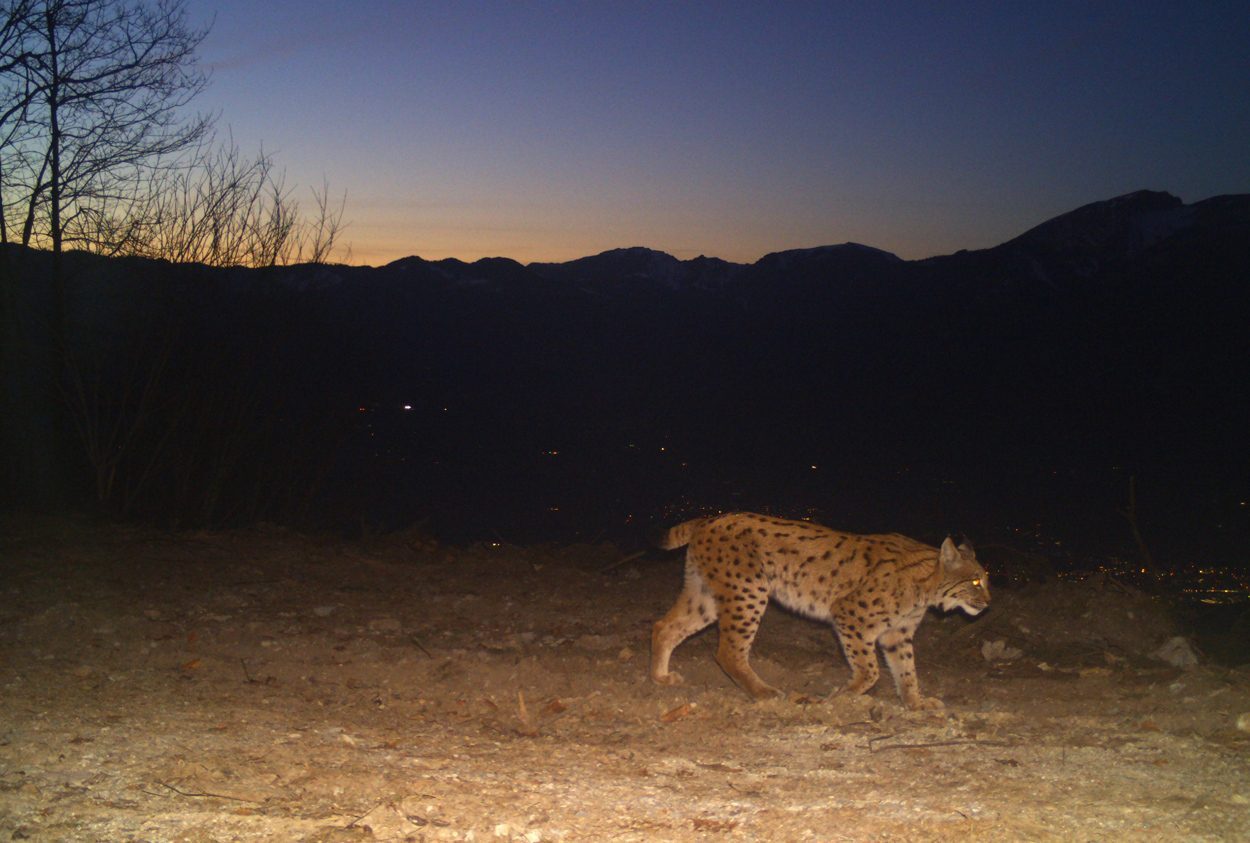 Because they were hunted excessively, lynx were now extinct in Central Europe. Although there are now resettled populations, the area-wide distribution is progressing rather slowly. Increased incest and a shrinking gene pool are also linked to this, according to a new study. The researchers believe that one of the reasons for this is that the habitats of the lynx are being cut up by human infrastructure. As a result, there is little exchange between the populations.

For centuries the lynx was hunted in Europe for its fur. In the middle of the 19th century it was finally completely eradicated by humans in Germany and neighboring countries. Today there are again successfully resettled lynx populations in this country as well as in several other regions of Central Europe. “This is a huge success, which was made possible by the targeted reintroduction programs in Europe,” explains Sarah Mueller from the Senckenberg Research Institute and Natural History Museum in Frankfurt. “Unfortunately, in many places the lynx populations are only spreading slowly or even stagnating.” This is partly due to the fact that lynxes are still hunted illegally in some places today. Road traffic also claims victims of the largest European cat species every year.

Putting genetic diversity to the test

A team led by Mueller has now looked for other possible reasons for the stagnation of the lynx spread. To do this, the researchers examined the patterns of genetic diversity in the genome of all six successfully reintroduced populations in Central Europe and compared them with data from twelve natural populations in Eastern and Northern Europe and Asia. In doing so, they wanted to uncover possible genetic causes for the slow recovery of the lynx in Europe.

The result of the investigation confirmed the scientists’ initial suspicions: “Almost all reintroduced lynx populations have a significantly lower genetic diversity than the natural occurrences. Additionally, inbreeding is common in the reintroduced populations,” summarizes Mueller. “Inbreeding is most pronounced in the lynx populations with the lowest number of founder individuals.” Accordingly, an insufficiently large gene pool already prevails in these lynx groups at the beginning of resettlement.

Another reason the scientists see is that roads and settlements cut up the habitats of the big cats. Lynxes are mostly solitary creatures, which is why man-made infrastructure makes contact between males and females difficult during the mating season. As a result, even young lynxes hardly have the opportunity to migrate from their birth territory.

“Nevertheless, there is also justified hope: Starting from the resettlement in the Harz Mountains, lynx are also spreading across the highly fragmented cultural landscape,” says Mueller. “So there is a chance that we will manage to build up a well-connected and individual-strong metapopulation – i.e. a group of sub-populations that have a limited gene exchange among themselves – that will not lose its genetic diversity again in the long term.”

It needs “stepping stones” between the areas

However, according to the scientists, a European solution is essential for the successful reintroduction of the lynx. “Lynx occupy huge territories that can be more than 200 square kilometers in size. The animals do not respect national borders,” explains Mueller. It therefore requires large, connected habitats that enable the lynx to migrate and thus exchange genes outside their territory. In addition, the researchers want to support the reintroduction of further populations in order to create a kind of “stepping stones” between the current populations, which are still too far apart. In the short term, however, individual individuals could also be exchanged between the released populations in order to increase their diversity.

Either way, according to the scientists, more extensive monitoring of existing populations is necessary for successful and widespread reintroduction. “In view of the observed genetic consequences, a standardized and regular genomic investigation of released lynx populations is particularly important. This is the only way we can recognize a critical degree of genetic impoverishment and take timely action,” explains senior author Carsten Nowak, also from the Senckenberg Institute in Frankfurt. “Such measures can in turn affect the vitality and adaptability of the lynx population and thus their long-term conservation.”