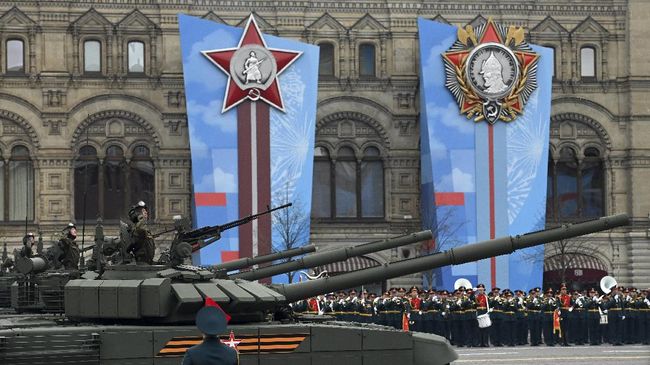 Russia and Ukraine it’s getting hotter now. Ukrainian, United States of America, and some Western countries often accuse Moscow of planning an invasion of Kiev.

Meanwhile, Russia continues to deny the allegations and says it is preparing for threats from Kiev and NATO. Russia is concerned that joining Ukraine and NATO could pose a threat to Moscow.

What is wrong with the behavior of Russia, including the US and NATO, in relation to the hot situation in the Black Sea region, especially in Ukraine?

According to International Relations (HI) Observer at Padjadjaran University, Teuku Rezasyah, Russia will not start a war.

Moscow’s troop station on the Kiev border is merely a preparation for the threat if Ukraine decides to join NATO.

“But what worries Russia is that they have a very long border, tens of kilometers, and there are fears that Ukraine will become a front for NATO to undermine Russia,” Rezasyah said CNNIndonesia.com, Thursday (27.1.).

In addition, Rezasyah said Russia is aware of the risks it would face if it attacked Ukraine and the US.

“If Russia attacks, it will harm them. It will be a reason for the United States and NATO to persuade the United Nations to condemn Russia to issue General Assembly resolutions, including arming NATO on a large scale,” continued Rezasyah.

“Because if there is a conflict that Russia creates, Russia will lose itself. It is believed that Russia’s reputation will be destroyed. So the United States can play in the Security Council, can play in the General Assembly, then they can play at the world level to tarnish Russia’s good image.”

According to The Guardian, the stationing of Russian troops on the Ukrainian border, previously used to pressure Kiev, has actually strengthened NATO’s presence in the region.

The US and NATO have reason to deploy their troops to this vulnerable point due to the presence of Russian troops, although Moscow says the deployment is to prepare for threats from NATO and Ukraine.

The buildup of Russian troops near the Ukrainian border also convinces many security analysts that Moscow is now preparing to attack Ukraine.

In addition, Russia’s move exposes the country to serious economic and political risks. Several Western countries took this threat of war seriously, threatened severe sanctions and even ordered the evacuation of diplomats in Ukraine because of this “war threat”.

The post It’s hot in Ukraine, what’s up with Russia-USA? appeared first on By world.