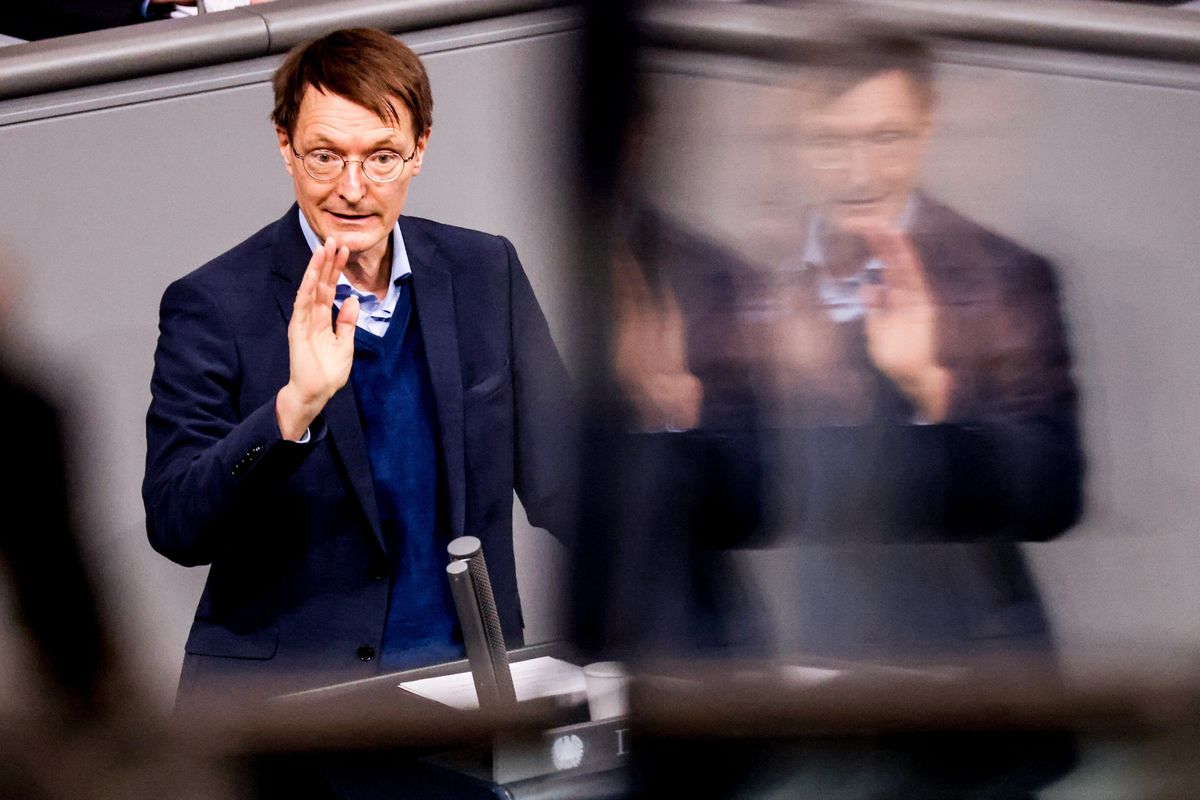 Germany has more problems than Chancellor Olaf Scholz expected last November announced compulsory vaccination. Then the fourth wave of the Delta variant had captured the hospitals that were found within a few weeks with all its intensive care beds occupied. But the Omicron Wave changed things. The consensus at that time has faded. Despite record infection numbers, the first Bundestag debate made it clear how different opinions are, including among the partners in the three-party government, about the need to impose punctures on the almost 11 million unvaccinated adults.

Exactly on the day they meet two years after the first confirmed coronavirus case in Germany, that of a Webasto worker in Bavaria, the weekly incidence has risen to over 1,000 cases per 100,000 inhabitants and the barrier of 200,000 infections in 24 hours has been exceeded. In cities like Berlin, the school, which has not seen any positives in recent days, is becoming increasingly rare. In light of the avalanche of cases, the city government has exempted parents from taking their children to class for two weeks.

Hospitalization rates, on the other hand, remain stable. In fact, the occupancy of the intensive care units, which still care for many patients who are seriously ill in the November and December wave, is declining slightly. The greater ease of the Omicron variant has meant that popular support for such a controversial measure as mandatory vaccination has declined. MEPs, too, now have more doubts than before. They exposed her in a debate the orientation, this Thursday at Bundestag. It was held without another bill reaching the chamber and without any parliamentarians speaking on their own behalf. The issue is so sensitive and has so many ethical connotations that the parties have given their members freedom of choice.

The Minister of Health, the Social Democrat Karl Lauterbach, advocates compulsory vaccination for over 18-year-olds. He vehemently defended it and warned that it must come into force as soon as possible to avoid greater evils in the autumn. “I don’t know of any scientist at the international level who ensures that the Omicron variant will be the last,” he said. No one rules out, he added, that a new one will emerge that will combine mutations of the existing ones, making it dangerous. “We have to be prepared and the only way is to protect each other with vaccines,” he added. Lauterbach, currently the most respected politician in Germany, addressed the philosopher Hegel in his speech: “Through vaccination we will regain freedom; It is the virus that limits us. Hegel said, and I think he’s right, “Freedom is the recognition of necessity”.

Among the 44 members of parliament who spoke up, he highlighted an intermediate path that Justice Minister Marco Buschmann, for example, suggested. In his opinion, we need to look for “softer alternatives”. If the experts assure us that the over-50s are the biggest concern, we might consider making it compulsory only from that age. From a constitutional point of view, it is difficult to justify compulsory vaccination at all ages if the aim is to avoid the collapse of the health system.

The opposition MPs, the Christian Democrats of the CDU, overwhelmingly supported vaccination from the age of 18 and took the opportunity to criticize the government for “lack of leadership”. Scholz and the narrow unanimity among the members of the group of three. In January, the opposition repeatedly accused the chancellor of his reluctance to implement what he promised in November. They displease him that he has not tabled a bill as he would on any other matter and that the debate has been so delayed that it already cannot come into force between February and March as originally planned.

Fear of overloading the hospital

Experts warn of a possible worsening of the situation and warn that hospitals will be overwhelmed in the future. “The number of new infections will continue to rise and will probably peak in mid-February,” predicts epidemiologist Timo Ulrichs. It coincides with the forecasts of Minister Lauterbach, who expects almost half a million daily infections by then. Germany’s vaccination coverage (72.5%) is still low compared to other Western European countries, leaving a large vulnerable population at risk.

There is also another problem: “We are seeing more and more employees having to isolate themselves or go into quarantine, and many are resigning from their jobs forever due to overwork and the permanent state of emergency,” adds Ulrichs. Germany maintains restrictions making it difficult for the unvaccinated to congregate indoors. The Covid passport with the booster dose or a recent negative test result is required in bars and restaurants.

Parliamentary consideration of the mandatory vaccine will continue in March when one or more bills will be tabled and voted on. The Greens, Scholz’s government partner alongside the Liberals, were divided over the measure. There are also different sensibilities on the left, the left. Only among the members of the far-right Alternative for Germany (AfD) was there unity. All refused compulsory vaccination. The party has sought to capitalize on popular fatigue by defying restrictions and giving wings to denier and anti-vaccination movements. Alice Weidel, her parliamentary speaker, called the measure “authoritarianism” and asserted that it had “no medical, ethical or legal justification”.

According to German media, at least two bills promoted by groups of MPs will reach parliament. One of the coalition members will be backing compulsory vaccination for all adults and fines to enforce compliance. The other, sponsored by Liberal MPs, opts for a two-stage plan. First, forcing those who refuse to be vaccinated to consult a doctor. If that doesn’t improve vaccination rates, it would become mandatory, but from the age of 50.