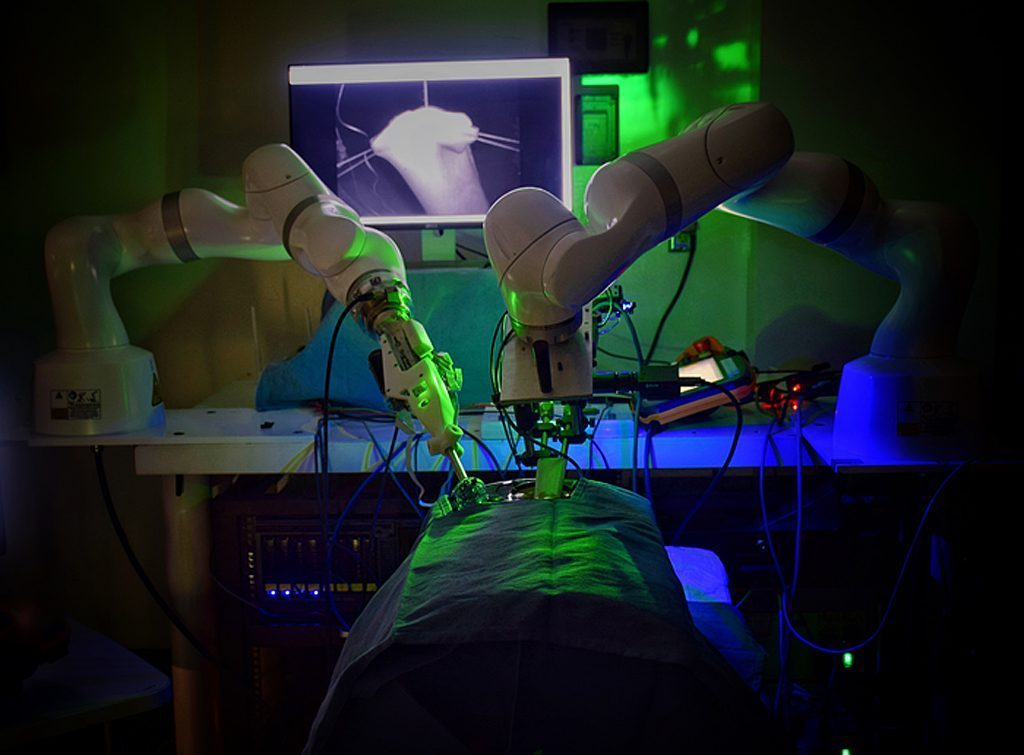 This surgical robot has performed a minimally invasive procedure without human assistance for the first time. He was able to successfully sew together two ends of a pig’s intestine. Such interventions are considered to be particularly complex because they require a high degree of precision.

Automation is also slowly finding its way into surgery. A sticking point here is often that the medical robots that carry out the interventions are dependent on human help or even have to be completely remote-controlled. They also often require large surgical incisions to see enough with their cameras and sensors.

To solve these problems, a team led by Axel Krieger from Johns Hopkins University in Baltimore has developed the so-called Smart Tissue Autonomous Robot, STAR for short. “The STAR is special because it is the first robotic system to plan, adjust and execute a surgical procedure in soft tissue with minimal human intervention,” said Krieger. Another special feature of the robot is that it works laparoscopically, i.e. it only penetrates the abdominal wall through small incisions.

In several test runs, the STAR was able to show off its skills in the supreme discipline of gastrointestinal surgery: connecting two parts of the intestine. This procedure is considered particularly difficult because even the smallest mistake in the seam can lead to leaks and serious consequences for the patient. “Our results show that we can automate one of the most complicated and delicate tasks in surgery. The STAR performed the procedure on four animals and achieved significantly better results than if humans had performed this procedure,” says Krieger.

Ultimately, the team hopes that the STAR can provide more consistent surgical results in locations where a specialist surgeon is not available. “Through a robotic procedure, we can ensure that surgical tasks that require high precision and repetition rate can be performed with greater accuracy in every patient – regardless of the surgeon’s skill,” says Krieger.