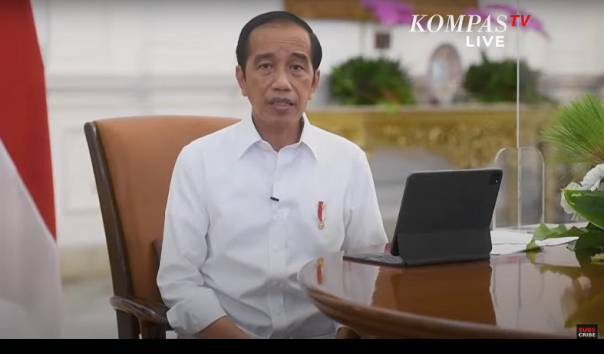 JAKARTA, KOMPAS.TV – President Joko Widodo or Jokowi, the finance minister and the Indonesian House of Representatives are unwilling to pay a Rs 60 billion debt to a resident of Padang, West Sumatra named Hardjanto Tutik.

This became known after mediation efforts between the two parties on state claims had not come to light or had failed since 1950.

Also read: The indebted men in Samarinda are determined to become robbers, the average victim is housewives

The arbitration, facilitated by Judge Reza Himawan Pratama, is known to have taken place on Wednesday (26/01/2022) at the Padang District Court.

In the arbitration, no agreement was reached between the plaintiff Hardjanto Tutik and the defendant, namely President Jokowi, the Minister of Finance and the Indonesian House of Representatives. The defendant was unwilling to pay the debt to Hardjanto Tutik.

The defendant, namely the finance minister, represented by 12 lawyers, then replied that he was not prepared to pay the debt.

This is because the Notes held by Hardjanto are deemed to have expired because five years have elapsed since the date the Settlement Resolution was issued, namely November 28, 1978, if they are not redeemed.

Also read: KPK is investigating Ubedilah Badrun’s testimony regarding the alleged corruption of two of Jokowi’s sons, Gibran and Kaesang

The rules are based on the provisions of Article 6 of the Decree of the Minister of Finance (KMK) No. 466a/1978.

“Based on the foregoing, since the bonds requested by the plaintiff were not requested/encumbered for repayment no later than five years after the KMK, the bonds expired, leaving us unable to fulfill the plaintiff’s proposal,” Didik Hariyanto and friends said through his written statement quoted from Kompas.com on Thursday (01/27/2022).