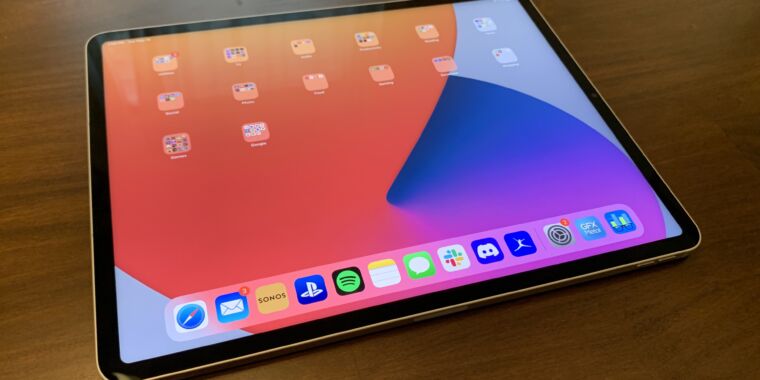 The update notes for these releases are some of the thinnest I’ve seen. iOS, iPadOS and macOS only state that the update “includes bug fixes and security updates” and is “recommended for all users”.

iOS and iPadOS 15.3 don’t add any new user-facing features. Rather, they fix several important security issues. Most notable is a zeroday vulnerability that has been exploited in the wild. The threat tracked as CVE-2022-22587 stems from a memory corruption error in the IOMobileFrameBuffer. Hackers who successfully exploit the flaw can run malicious code with kernel privileges on vulnerable devices. The vulnerability is also found in macOS Monterey.

“Apple is aware of a report that this issue may have been actively exploited,” Apple said in Wednesday’s release notes.

Apple also patched a previously reported Safari vulnerability that allowed websites using the IndexedDB shared API to access the names of databases from other websites. Note that this also affected other browsers on iOS and not just Safari (this is because all iOS web browsers must use WebKit). macOS 12.2 fixes the same bug in the desktop version of Safari. (Unlike iOS, there are macOS web browsers that were not affected.)

For the full list of security updates for iOS and iPadOS, see Apple support page on the subject. There is a similar Page for macOS, also.

The Apple Watch update is again about bug fixes. Specifically, watchOS 8.4 fixes a widespread issue that prevented some Apple Watch Series 7 owners from properly charging the device with certain chargers.

Apple TV and HomePod software updates are also coming today. The HomePod 15.3 update “adds Siri voice recognition support for up to six users in a home in English (India) and Italian (Italy)” as well as “performance and stability improvements.” The HomePod mini launched in both Italy and India late last year.

Apple hasn’t released any details about the tvOS update, but this update also likely offered under-the-hood performance and stability improvements.

Apple has also been busy this week outside of software updates. For months, users have been complaining to app developers about iCloud sync issues, accompanied by error messages stating “Request failed with HTTP status code 503”. The developers quickly realized that this was Apple’s problem, although many users assumed the developers were to blame.

Now are developers say on twitter and elsewhere the iCloud sync error seems to be fixed. However, Apple has not yet publicly commented on this.

All of the above software updates are available for all supported devices starting today.