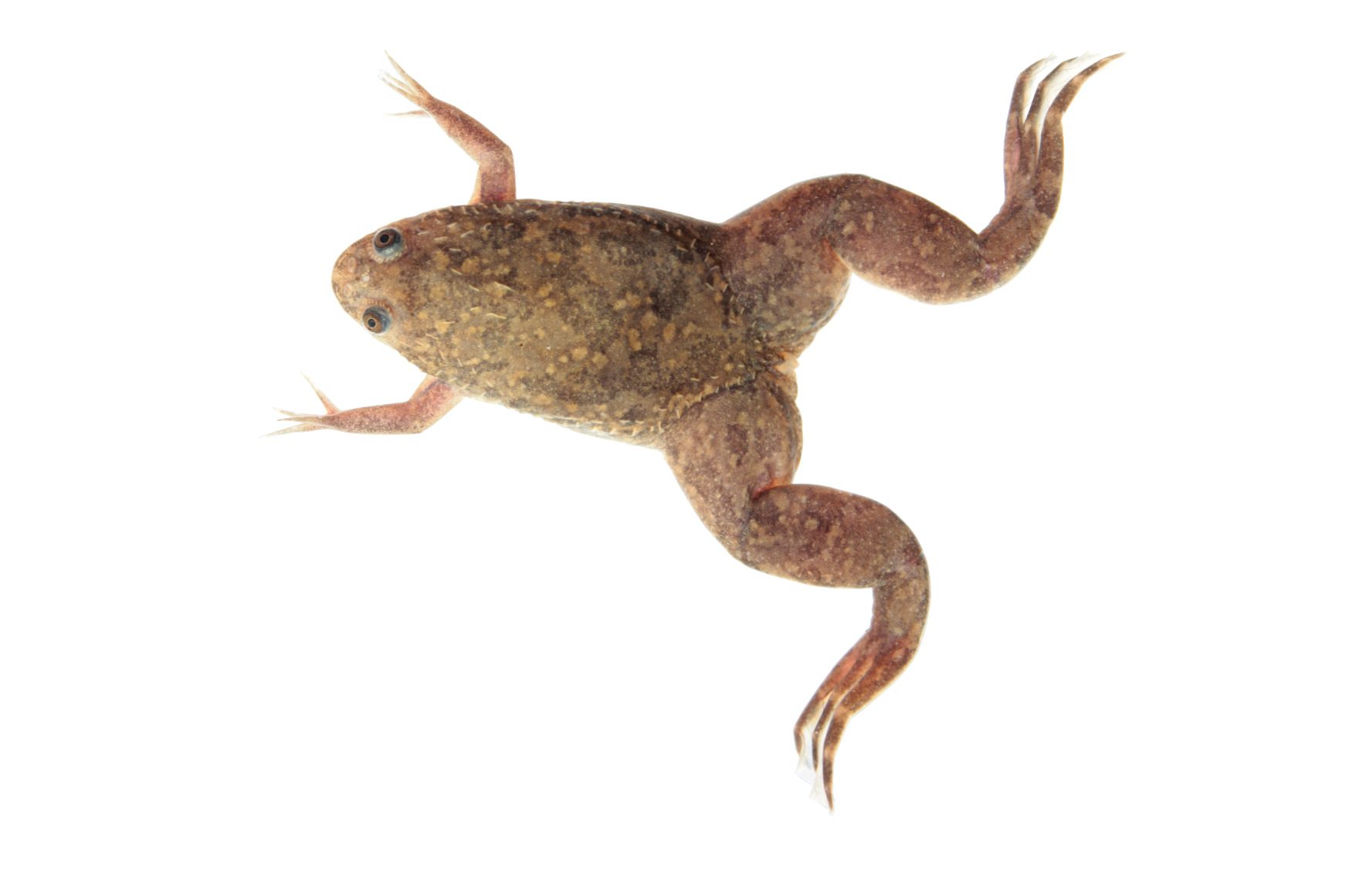 Frogs are usually like us: lost limbs don’t grow back. But now researchers have succeeded in triggering a regeneration process in adult clawed frogs. They placed a portable bioreactor on the stump of amputated legs, which treated the wound with an elixir of special active ingredients for 24 hours. This set in motion an 18-month growth phase, during which the frogs eventually again produced an almost complete leg with functional abilities. The results may benefit the development of regenerative medicine procedures, say the researchers.

Millions have to come to terms with the loss and are dependent on prostheses: if a person loses a limb due to illness or an accident, it is well known that the body cannot grow it back. Because the ability to regenerate is limited to the formation of scar tissue over the wound. This is also the rule with animals. Exceptions, however, suggest that there is at least some basic potential for regeneration: some species are capable of fully regenerating at least some limbs, including salamanders, starfish, crabs, and lizards. The most famous example is probably the axolotl (Ambystoma mexicanum). This amphibian has an amazing ability to restore limbs and organs.

So far, scientists have mostly devoted themselves to researching these animal masters of regenerative abilities. The team led by Nirosha Murugan from Tufts University in Medford, on the other hand, is investigating the extent to which it is possible to trigger new limb growth in animals that are normally unable to do so. Adult clawed frogs (Xenopus laevis) serve as models. One hind leg was amputated for each of the test animals for the experiments. In order to be able to treat the resulting wound with test agents, the team developed a portable bioreactor made of a silicone material with silk proteins. They refer to this tiny cap as the “BioDome”.

A functional leg grows back

As they report, a cocktail of five regeneration-promoting substances turned out to be surprisingly successful in the course of their investigations. The elixir was administered to the wound through the BioDome for 24 hours. Each active ingredient served a specific purpose, the researchers explain: inflammatory processes were inhibited, the production of scar-forming collagen was shut down and the growth of nerve fibers, blood vessels and muscles was stimulated. The result became apparent over the course of 18 months: the researchers noticed strong tissue growth in many of the treated frogs, which ultimately resulted in them producing an almost complete leg again.

The regenerated limb was found to have a bone structure similar to that of the original leg. Toe-like structures also formed, but the elements at the end of the frog’s legs remained incomplete, the researchers concede. In principle, however, in some cases a functional limb including nerve structures developed, the researchers report: the legs moved, reacted to touch stimuli and the frogs were able to use them when swimming. “It was exciting to see how the active ingredients we selected helped regenerate an almost complete limb,” says Murugan. The researchers conclude that the five-active ingredient cocktail represents significant progress in the field of research.

“The fact that it only took a brief exposure to the active ingredients to kick start a months-long regeneration process suggests that frogs, and perhaps other animals, have dormant regenerative abilities that can be activated,” says Murugan . The team had already found initial indications of which processes had been triggered by their treatment strategy: through molecular analysis, they determined that within the first few days after treatment, known systems that normally take place in a developing embryo were activated in order to produce body structures.

The results also give hope for the long-term goal of improving the ability of humans to regenerate. The concept of the BioDome system could obviously also be of importance. “In mammals, lesions are typically exposed to air or contact with substances, and therefore may take days to weeks to close with scar tissue,” says co-author David Kaplan of Tufts University. “Using the BioDome Cap, on the other hand, can create conditions within the first 24 hours that, along with the right medication, allow the rebuilding process to occur without the interference of scar tissue.”

The scientists will now work on optimizing the drug and growth factor combinations in order to further improve the regeneration results in the frogs. In addition, they are already planning to move from amphibians to mammals: “We will test how this treatment could be applied to mammals,” says senior author Michael Levin of Tufts University. “Covering the open wound with a liquid environment under the BioDome could, with the right cocktail of drugs, provide the necessary first signals to set regeneration processes in motion,” hopes the scientist.