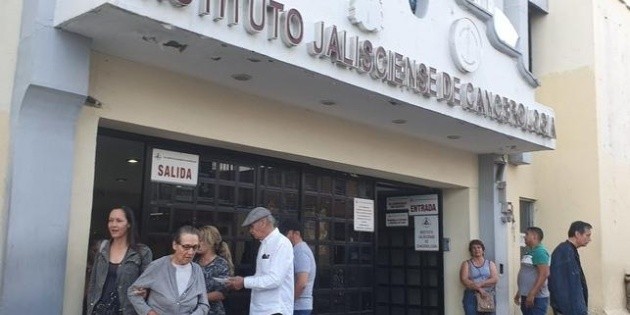 The possible change of headquarters of the Jalisco Institute of Cancerology (IJC) to the Hospital Civil de Oriente would affect nine out of ten patients of the organization who are of limited resources, affirmed José Enrique Cabrales Vázquez, director of the IJC, warned of problems due to the lack of infrastructure and the displacement of patients to the area of ​​the new peripheral in Tonalá.

“Transfers are difficult for cancer patients or sometimes they require infrastructure to get there faster and it would be sending them to where there is no infrastructure or adequate transportation,” he explained.

Cabrales Vázquez commented that he hopes to have a meeting with the governor to address the issue and said he trusts that the head of the Executive Branch is sensitive to the needs of patients.

Regarding the possibility that the state government would dispose of the property built in the Miramar neighborhood of Zapopan, projected to be the new headquarters of the IJC, the director explained that they will review the matter legally since the land and most of the resources were provided by the Institute that is a decentralized public body. He explained that they have invested around 428 million pesos, of which the last state administration contributed 40 million and so far this current one no resources have been allocated.

The head of the IJC reported that currently the Miramar neighborhood building is only used to store files and equipment, commenting that they have not been able to start the first stage due to the lack of federal resources after the elimination of Seguro Popular.

He added that the position of the IJC board of trustees, which published displays against the change of headquarters, coincides with the concern that users and workers have.

In 2021, the Institute provided just over 98 thousand diagnostic services, in addition to 49 thousand subsequent consultations; they applied around ten thousand chemotherapies, performed more than three thousand surgical procedures; they provided 20,000 radiotherapy sessions; among other services.