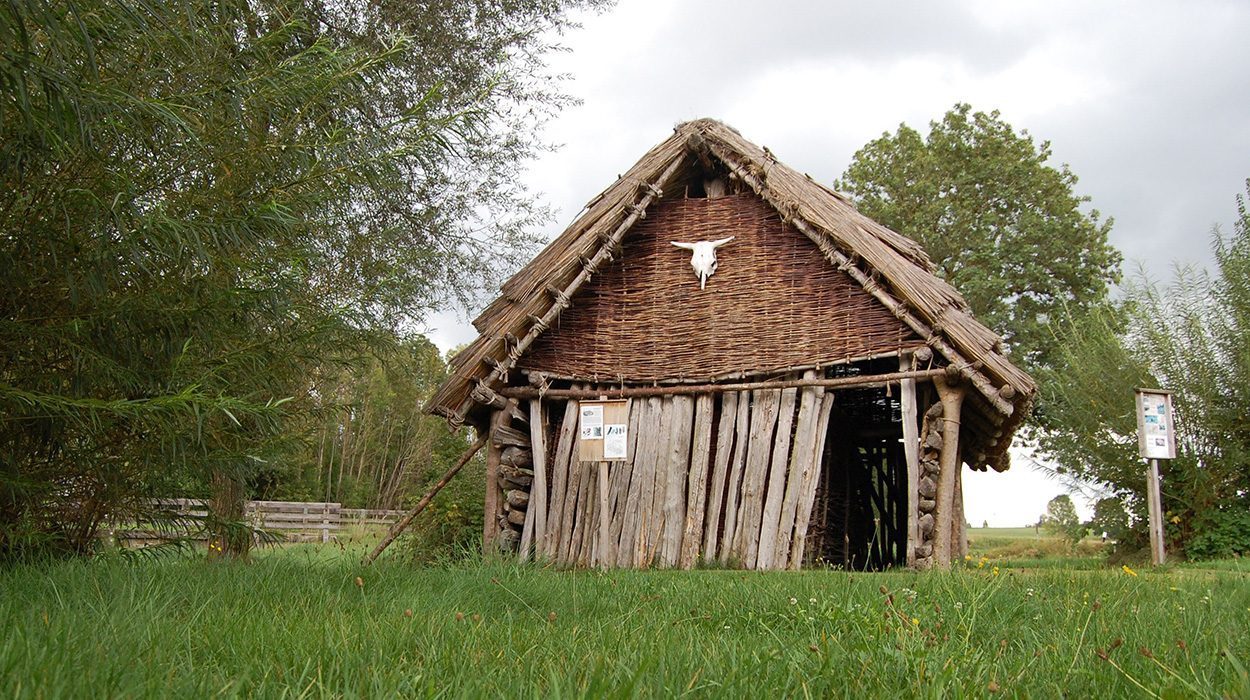 Around 5,500 years ago, people in the Bavarian foothills of the Alps established the Neolithic settlement of Pestenacker. However, why this happened in the middle of a bog was unclear to this day. New research is now revealing that this valley area was less swampy at the time than previously assumed. Instead, a deeply cut creek provided drainage and thus allowed settlement, as the archeological team reports.

At the beginning of the sixth millennium BC, the settlement density in the northern foothills of the Alps grew significantly – many new settlements emerged, which were mainly located around lakes and in river valleys. Around 300 of them belonged to the so-called Altheim culture, whose buildings were concentrated in the Bavarian foothills of the Alps. One of these is the wetland settlement in Pestenacker in Upper Bavaria. Today it is part of the UNESCO World Heritage Site “Prehistoric pile dwellings around the Alps”.

In the middle of the moor

According to dates, the settlement of Pestenacker was founded around 3496 BC. erected. It was on the eastern edge of a swampy valley through which two small tributaries of the Lech flowed. Despite the damp, marshy subsoil, the 19 wooden houses of the Neolithic settlement were not stilt houses, but were at ground level. This is evidenced by the well-preserved remains of these buildings, which were covered and preserved by the later rising groundwater. This aroused the question of why the settlers from Pestenacker built their houses in the middle of a moor – and why this happened at a time when the climate in Central Europe was becoming wetter rather than drier.

In order to clarify this question, Anne Köhler from the University of Leipzig and her colleagues have once again examined the settlement remains lying underground in Pestenacker in more detail. Among other things, they used the so-called direct-push technology for this: A thin probe is pushed into the ground in order to measure, among other things, the conductivity in the various layers. Together with sediment core drill samples, this provides information about the conditions prevailing in Pestenacker at that time. “The results of this technology provide an impressive insight into the structures and composition of the sediments and enable the preservation of the sensitive archaeological wooden structures,” explains Köhler.

The investigations revealed that the valley in which Pestenacker lay was actually characterized by a cool climate and heavy rainfall around 5,500 years ago. Paradoxically, however, this meant that parts of the bog became drier and could be built on. The sediment analyzes show that peat formation came to a standstill, at least in the settlement area. Further tests revealed the reason for this. After this, a relatively deeply cut stream was created by the water that flowed through the valley as a result of the increased rainfall. This acted like a drainage system and, as the team found out, caused the groundwater level in the adjacent bog areas to drop.

“The paradoxical result of this process is that parts of the valley floor became drier,” report Köhler and her colleagues. This gave the Neolithic people of the Altheim culture the chance to settle there and build their settlement. “This new finding contradicts earlier conclusions, according to which there were increased groundwater levels and an increasing formation of pools in the valley during the Pestenacker settlement phase,” explains the archeological team. Instead, the settlement area probably only got wet later than that
Climate changed again and the stream dried up. The settlement, abandoned by its inhabitants, gradually sank into the moor.