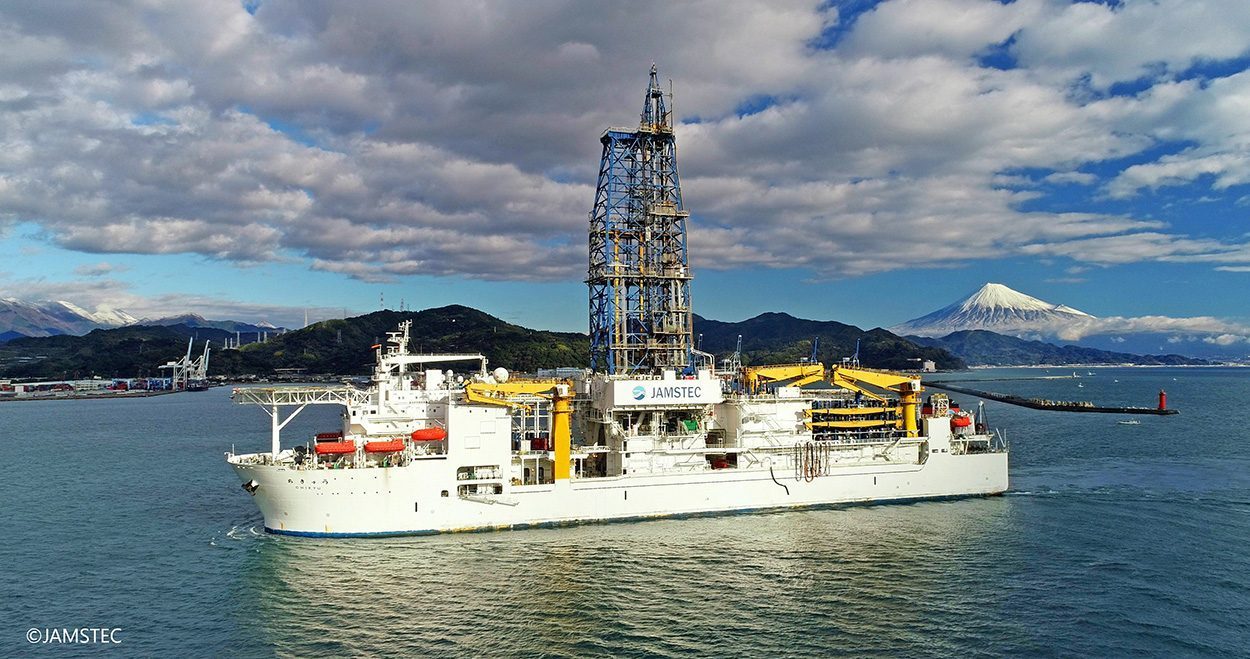 Where are the limits of life? Up to what temperatures is life under the sea floor possible – and how do organisms manage to exist under extreme conditions? To answer these questions, researchers took samples from 1.2 kilometers below the sea floor and found that certain microbes can survive even at temperatures of 120 degrees Celsius. The key to this is an amazingly high metabolic rate, which enables the microorganisms to quickly repair any heat damage that occurs.

Life can even thrive deep below the sea floor: although pressure and temperature increase with increasing depth, oxygen is lacking and organic material as a food source is declining, certain organisms have adapted to these very conditions. But where is the limit of survivability? And what strategies do microorganisms in the deep biosphere use to cope with the hostile conditions?

samples from the depths

In search of answers to these questions, a team led by Felix Beulig from Aarhus University in Denmark has now examined sediment cores that were taken from a depth of up to 1.2 kilometers below the seabed in the Nankai Trench off Japan. At this point, the Philippine Plate slides under the Eurasian Plate. Due to plate tectonics, pressure and temperature increase particularly sharply with depth, so that temperatures of up to 120 degrees Celsius already prevail 1.2 kilometers below the sea floor. Because most proteins already denature at around 50 degrees, higher temperatures are considered a particular challenge for microbial life.

“Despite the high temperatures, we were able to detect microbial cells in almost the entire sediment column, albeit in extremely low concentrations of less than 500 cells per cubic centimeter in sediment layers with a temperature above 50 degrees Celsius,” report the researchers. In order to obtain more precise information on the survival strategy of the microbes found, the researchers analyzed their metabolism. “Our results show that microorganisms that break down sulphate and produce methane are active in the million-year-old sediments at extreme temperatures,” the researchers say.

With highly sensitive measuring devices, the researchers measured the metabolic rate of the microorganisms from the hot depths under laboratory conditions – and obtained a surprising result: While it is known that other microorganisms that occur in the deep seabed have a very slow metabolism, Beulig and his colleagues contributed found an astonishingly high metabolic rate in the microorganisms they studied. Despite living in extreme conditions where little biomass is available, they have been almost as active as microbes found in habitable surface sediments.

“We suspect that the organisms are forced to maintain a high metabolic rate to provide the energy needed to repair thermal cell damage,” says Beulig. Co-author Tina Treude from the University of California Los Angeles explains: “The energy required to repair thermal damage to cellular components increases sharply with temperature, and most of this energy is probably required to maintain the continuous counteract the alteration of amino acids and the loss of protein functions.”

Acetate as an energy supplier

Acetate, the salt of acetic acid, apparently serves as a source of energy for the cells. “Acetate, a small organic molecule that is also found in vinegar, is of particular interest as a potential food source,” says co-author Verena Heuer from the Center for Marine Environmental Sciences in Bremen. “Acetate reaches concentrations of more than ten millimoles per liter in the pore water of the sediment, which is exceptionally high for marine sediments.” It is probably produced at this depth by thermochemical processes in which biomass is converted into energy-rich molecules.

In view of the small number of cells per cubic centimeter of sediment, the researchers used numerous control experiments to ensure that the processes measured were actually biological reactions and that they were not due to contamination of the samples. In addition, they calculated the expected degradation time of sulfate in the sediment and compared this with their experimental results. “Given that we are comparing two very different methodological approaches, operating on time scales of days and millions of years, respectively, the agreement between the experimental rate determination and the calculated decay time is encouraging,” says co-author Arthur Spivack from the University of Rhode Island.

So far, the researchers have not been able to find out exactly which microbes were involved. The samples contained too little material for DNA analysis. They have not yet found the temperature limit of life that they were actually looking for. “We have to go back and dig deeper,” says co-author Yuki Morono of the Japan Agency for Marine-Earth Science and Technology. “The ultimate limits of the biosphere inside the Earth remain unknown. As this project has shown, the boundary is somewhere in the oceanic crust beneath the sediments. It will be explored by scientific marine drilling in the future.”

“The fact that life with high metabolic rates thrives in the deep sea at these high temperatures encourages our imagination of how life might evolve or survive in similar environments on planets beyond Earth,” adds Beulig’s colleague Bo Barker Jørgensen.