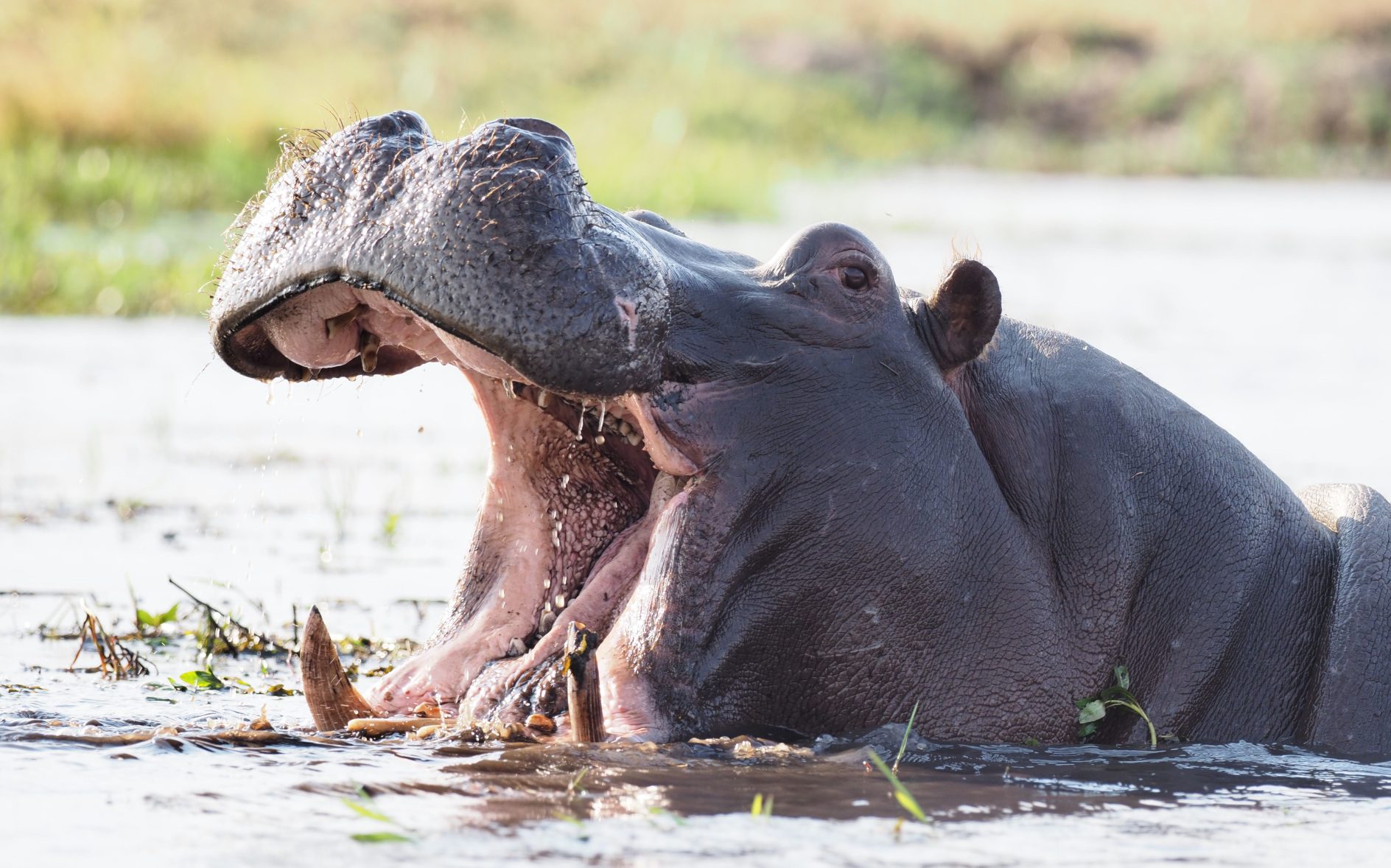 They bob comfortably in the water and occasionally emit a “gasp-grunt-grunt-grunt…”: Biologists have now found out what this characteristic sound of hippos is all about. Their experiments and behavioral observations indicate that the widely audible calls play an important role in maintaining social groups. Hippos can therefore use the individual characteristics of the grunt to recognize whether it is a member of their own group, a neighboring herd or a completely foreign animal. The study results could also be used in resettlement measures to protect the pachyderms, say the researchers.

They are top celebrities of the African animal world – with important reason: with a body weight of over two tons, the hippopotamus (Hippopotamus amphibius) is one of the heaviest land mammals on earth. However, they spend a large part of their lives in the water – they only go out on land to graze at night. The pachyderms usually live in groups of typically around a dozen adult animals. However, in contrast to elephants, surprisingly little is known about the social behavior of hippos and the importance of the group. The knowledge gap also includes the role of the calls of these notoriously vocal animals.

Anyone who has seen hippos on TV or in person is probably also familiar with the most characteristic element of their vocal repertoire: while they are lying in the water, they often make a noise known in English as a “wheeze honk”. The animals make an initial sound that seems panting, which is followed by several grunts. It is obvious that these “utterances” have at least a basic communicative meaning. But it could be that the message is rather simple – maybe the animals just convey: “Hello, here I am!”. As part of their study, the researchers led by Nicolas Mathevon from the University of Saint-Etienne in France have now investigated the extent to which the wheeze honk could have a more complex meaning for the animals.

Sound communication on the trail

The team conducted their experiments and behavioral observations in the Maputo Special Reserve in Mozambique – a protected area that includes several lakes where many groups of hippos live. First of all, the researchers were able to confirm as part of the study that the wheeze-honk calls are extremely carrying: they can be heard up to a kilometer away. Mathevon and his colleagues then recorded calls from animals representative of each herd. They then played these recordings to the other groups of hippos via loudspeakers from the bank. By evaluating video recordings, they recorded how the animals reacted to the different stimuli.

Basically, it was shown that the sound reinforcement caused clear reactions in all groups: The animals responded with wheeze-honk calls, approached the sound sources and also showed a behavior that is also considered typical of pachyderms: They twirled their short tails to spread feces in a high arc. This is a behavior that serves to mark territory. However, the detailed evaluations showed clear differences in the strength of reactions. The rule was: the less familiar the call was, the more intense the behavior of the hippos was. They reacted comparatively calmly to the wheeze-honk call of an animal from a neighboring herd. On the other hand, when they heard a completely unfamiliar individual, they got really upset: the scientists interpreted the strong marking behavior in particular as aggressive.

More than a “Hello”

“The reactions to the audio signals we broadcast were very clear – we didn’t expect that at all,” says Mathevon. “Our results show that hippos are able to recognize the group membership of conspecifics based on their voice. In addition, it turns out that groups of hippopotamuses are territorial units that behave less aggressively towards their neighbors than towards complete strangers,” the scientist summarizes the results.

As the researchers point out, the insights into the communication and group system of hippos could have practical significance in addition to biological ones – for the protection of the animals. Because in some regions the stocks are dwindling at an alarming rate – in others, however, they are considered to be problematic. Animal rights activists are therefore trying to find a balance through resettlement campaigns. The study results could now potentially help these projects become more successful, the researchers say: “Before relocating hippos to a new location, their voices could be broadcast over loudspeakers to the resident animals so that they get used to them and their aggression gradually decreasing,” says Mathevon.

In future studies, the research team now plans to further explore the importance of vocal communication in animal celebrities. For example, they want to examine more closely which sound characteristics play a role in recognizing known conspecifics. In addition, they will investigate whether the voices also convey certain characteristics of the individuals. Because perhaps the animals also announce their size, gender or age with their wheeze-honk calls.