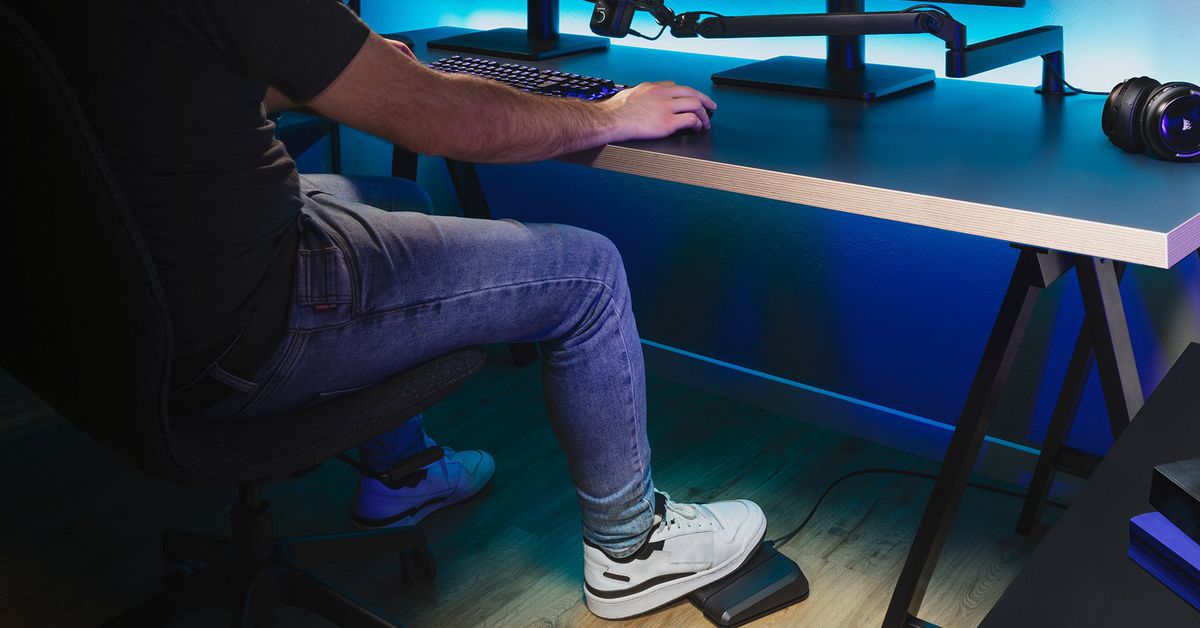 Elgato is launching a new Stream Deck pedal today alongside the official Discord integration. The Stream Deck Pedal is an $89.99 pad with three pedals that can control software, hardware, and more. It looks ideal for streamers who want to trigger effects, switch scenes, or even switch cameras.

The stream deck pedal is also great for accessibility, making streaming possible for those who can’t use a traditional stream deck. As the pedal extends Stream Deck’s power to more locations, it’s likely to be used by DJs and musicians to control their streams from their PC.

According to Elgato, the Stream Deck pedal supports multiple actions, allowing you to string together a series of Stream Deck functions that can be triggered intermittently or all at once on a single pedal. So a single pedal could take a screenshot, open the folder it’s saved in, and fire up Twitter for easy sharing. Or you can change stream scenes, play a new song, and switch to a voice changer with a single pedal.

Much like Stream Deck itself, the pedal is highly customizable and can even be used to control Zoom calls, Photoshop and many more apps.

The pedals have a non-slip surface and non-slip feet, making it easy for the Stream Deck Pedal to stand under a desk. There are also replaceable springs inside, and it seems you can adjust pedal pressure accordingly.

Alongside the Stream Deck Pedal, Elgato is finally launching its official Discord Stream Deck plugin. Previously, to quickly mute a Discord call on a stream deck, you had to use third-party plugins. Elgato’s new plugin supports microphone muting, push-to-talk, the ability to join voice channels, and even switch text channels.