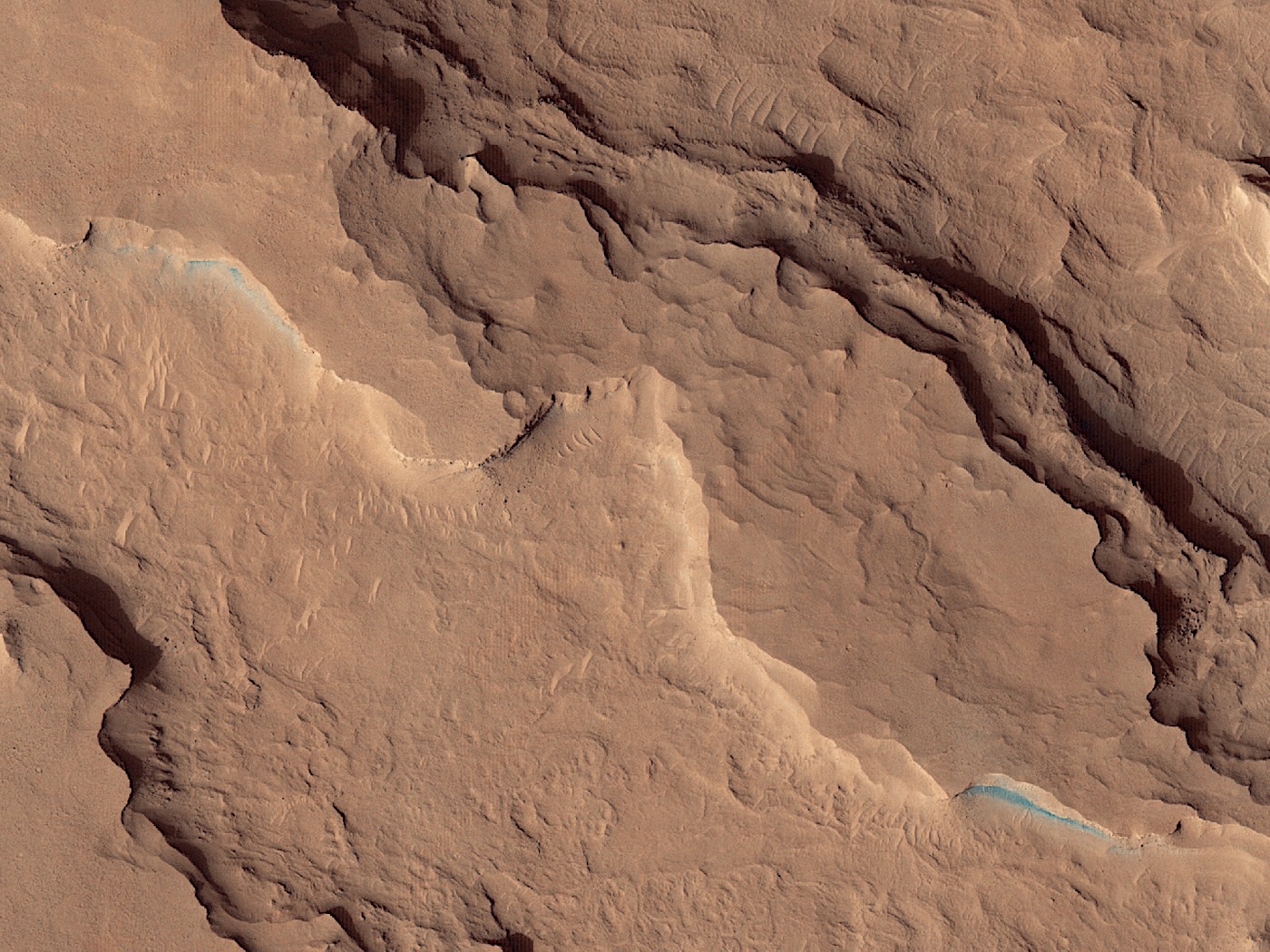 If you’ve seen our coverage of Mars images sent back by the HiRISE camera orbiting the planet, you may have noticed that a significant number of them show the planet’s Arabia Terra region to the north of the planet.

It’s a heavily cratered place, like most of the surface of Mars, but it’s also heavily eroded, exposing the many layers of the planet’s crust. In Arabian Terra, these layers come wide “Diversity and Beauty” as NASA says, makes the place “One of our favorite regions to map.”

The main photo of this piece shows some of these beautiful layers as seen by the HiRISE camera in August 2020 from an altitude of 271 km (168 miles). It’s not an image that NASA wanted, but one that came about as a result of a public request, because yes, anyone can ask for photos of Mars.

Provided the person asking for the image has convincing scientific arguments, the people operating the orbital camera could position it and take a still picture of the site.

That’s what happened here, and the compelling scientific case is the completion of a stereo pair and the creation of a digital terrain model of the area. “These products can help us to measure the thickness of the deposits,” says NASA, adding that they suspect “Layers can be formed by rising groundwater to deposit minerals and cement sediments.”

To this day it is HiRISE The camera has returned tens of thousands of images from Mars, but we’re still no closer to better understanding the extraterrestrial world than we were more than a decade ago.