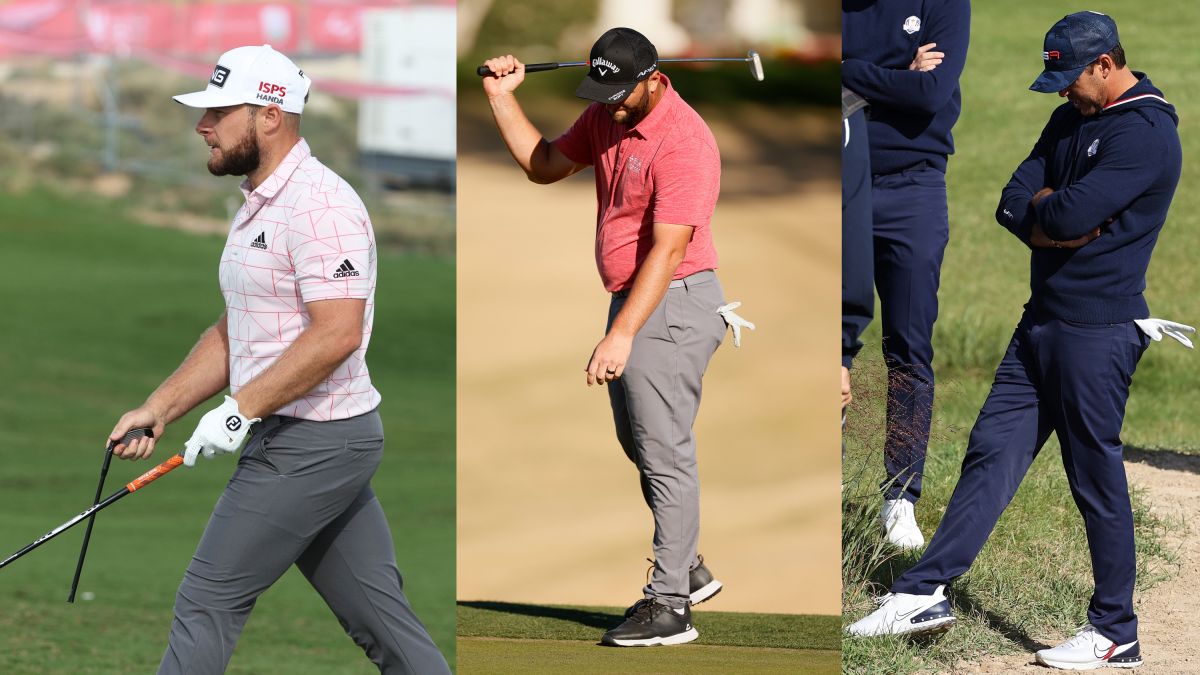 Tyrrell Hatton, Abu Dhabi HSBC champion, was so critical of the 18th in Yas Links that he said he’d like to “drop a bomb on the hole and wipe it off the face of the earth”.

On The American Express on the PGA Tour, a viewer caught Jon Rahm on camera releasing an explosive-laden tirade that the course was too easy. “Piece of s**t, damn setup, competitive putting week,” he said.

Although the circumstances surrounding each of these outbursts were very different – one wanted to be heard, the other was overheard, there is a certain theme in that some professional golfers need to be a bit more careful about what they say for the greater good of the game.

Two weeks of golf in the sun from 1.2 million euros – not bad. The tournament organizers and sponsors responsible for the massive paydays Hatton has had at the last two championships in Abu Dhabi certainly deserved more than their event being discredited by the defending champions on live television. Dare we say it made him look a little spoiled? Hatton’s critical comments will not have endeared him to golf fans.

OK, so the hole might not have been to Hatton’s liking and it cost him a chance to win. But he also made a few birdies with it, so clearly it wasn’t impossible.

Golf needs passionate players like Tyrrell Hatton and his fiery approach is entertaining for spectators and will draw people in. When he berates himself, we can empathize – we know how frustrating golf can be and how badly he wants to do his best ability.

But fewer viewers will have felt sympathy for him because of this incident. Hatton could have voiced his concerns about the final hole behind the scenes and been more circumspect for the cameras. How about, “It didn’t quite go that way this time, but hey, this is golf and I’ve had a great week. I know how lucky I am to do what I do.”

Jon Rahm could have chosen his words better this weekend. The way modern cameras and microphones work now, it is inevitable that bad or inappropriate language will be picked up and players will therefore have to moderate what they say. Played on resort courses, the American Express is known for its low scoring and for being a “putting contest”. Rahm knew what he was playing…

Incidents like this and last year’s, with Justin Thomas being caught on camera using homophobic slurs and Brooks Koepka swearing at rules officials at the Ryder Cup, show that very little goes unheard these days. Golf tournaments are watched by kids who can and will be inspired by these icons of golf. The top players have a responsibility to lead by example. Yes, they should be passionate, yes, they should unleash a roar of frustration or pump up the air in celebration, but they should certainly be able to limit the outbursts to not use words they don’t mean to their own children or for their own children, families want to hear from their mouths. After all, they are professionals.