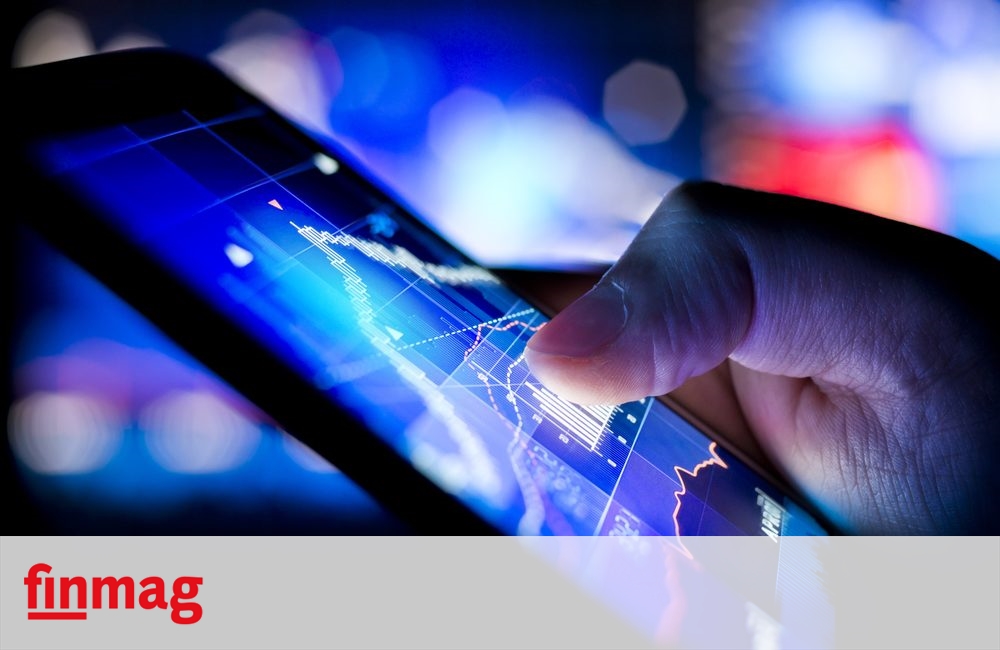 Bitcoin price falls unprecedentedly. The world’s oldest and most widely used cryptocurrency fell below $34,000 (about CZK 734,000) on Monday. This means it costs less than half of what was less than $69,000 (almost CZK 1.5 million) last November when it reported its record price.

Along with Bitcoin, other cryptocurrencies are also collapsing, including the second most popular ether.

This is primarily a consequence of the US Federal Reserve’s monetary policy. By December, it was increasingly signaling that it would scale back its extremely expansive monetary policy faster and more strongly than previously assumed. That’s bad news for riskier assets, including a range of tech stocks or just plain cryptocurrencies.

Technology stocks are riskier because in many cases they don’t make a profit or that profit is immediately “converted” into further investments. So investors invest more in their stocks because they look forward to future gains. But the higher the inflation, the more those future gains will be eroded and humiliated by then. As a result, tech stocks become less attractive as inflation rises.

Investors are not only switching from growth stocks to value stocks, but also from stocks as such to bonds.

Tesla out, Shell in

On the contrary, value stocks are now coming to the fore. These are shares of companies that have long been established on the market and that are reliably generating profits here and now, which are also distributed in the form of dividends. So inflation is less capable of wiping out this “profit here and here” than it is of always uncertain future profit. Investors are therefore reallocating their investments in favor of value stocks: they part with parts of their Tesla shares, for example, and use the money they make to buy shares in BNP Paribas or Shell, for example.

The central bank must or will have to intervene against inflation. Simply by ending their extremely expansive monetary policy and subsequently also by raising the key interest rate. As interest rates rise, so does the appeal of tech growth stocks, as the cost of a missed opportunity to invest in the stock of a company that is not yet profitable or returning earnings to shareholders increases.

This opportunity cost can be expressed in terms of US Treasury yields, for example. These revenues typically increase when expansionary monetary policy ends and the central bank’s interest rate rises. For example, an end to expansionary monetary policy in the form of quantitative easing means that the central bank will stop buying government bonds and, conversely, increase the likelihood that it will sell them.

This lowers the price of the bonds on the market and at the same time increases their yield, i.e. the interest rate, which moves inversely with the price (intuitive: the rarer the bond, the less valued, the more the issuer has to offer it to ” Udal ” for interest and someone lent it to him). If the central bank stops buying bonds, and there’s even a possibility that it will start selling them, that means there will be more of them on the market. This reduces their rarity, i.e. the price. And of course a higher yield.

As a result, investors are not only switching from growth stocks to value stocks, but also from stocks as such to bonds. Bonds are now a more attractive alternative for them as US government issued bonds are yielding significantly higher rates than during a pandemic without significantly increasing their risk (the risk of US government bankruptcy remains). about the same – so negligible – as during a pandemic because it can always print new dollars and the dollar is still the world’s number one reserve currency (in which all major things are traded).

Bitcoin maximalists continue to keep their funds in Bitcoin, so they even “intend” or “buy” the decline.

Get rid of bitcoin?

The correlation between Bitcoin price development and US technology stocks is currently at an all-time high (see chart below). The price of Bitcoin and the shares concerned have never developed in such a close connection as they do now. With Bitcoin’s growing popularity, especially in recent years, a number of investors have jumped on it, seeing it as just another “technological asset.”

For them, investing is a way to diversify their portfolio of tech stocks—that is, spread their money across even more tech investments. He sees it more as an alternative to Tesla than an alternative to the dollar or euro.

However, only those investors who see it as “just another Tesla” will get rid of bitcoins. Not those who see Bitcoin’s intrinsic value as an alternative to traditional dollar currencies.

These so-called bitcoin maximalists hold their resources in bitcoin, so they continue to “intend” or “buy” the downfall, for them bitcoin is an entry ticket into the emerging alternative global financial ecosystem. So there’s a lot more to them than just another Tesla.

At the same time, this distinction between Bitcoin investors explains the apparent paradox that Bictoin’s price is falling so sharply right now, at a time when inflation expectations are rising to multi-year highs, even to highs in decades. As “21st century gold”, “digital gold”, should Bitcoin not be an insurance policy against inflation?

Yes. But it only represents a portion of its investors, just these bitcoin maximalists. Those investors who invest in Bitcoin only as a technology stock, only as “another Tesla” or even purely speculative and opportunistic do not necessarily see insurance against inflation.

On the contrary, what is more relevant for them is that the interest rate hike proposed by the central bank will make access to credit and thus financing generally more difficult, which will have a negative impact on riskier and, from their point of view, more speculative investments such as Tesla or Bitcoin.

And why would they hold so many bitcoins in such a case when, unlike the still convincingly “intentional” bitcoin maximalists, they often see no alternative to the dollar or euro, but rather a technological or even just a purely speculative asset?

The current fall in Bitcoin’s price is therefore separating “the grain from the chaff” among its investors. At the Extraordinary Congress of Slovak Communists in August 1968, Gustáv Husák, who later became the penultimate President of Czechoslovakia, uttered the famous words that can be used to relate the current movements among Bitcoin investors.

Husák said at the congress that elected him leader of the Communist Party of Slovakia: Nation to wrest. “

This is happening now among bitcoin investors. Wobbly, speculative, opportunistic investors are eliminated. The strong, staunch bitcoin maximalists remain, ready to fight for an ever-brighter future for bitcoin.