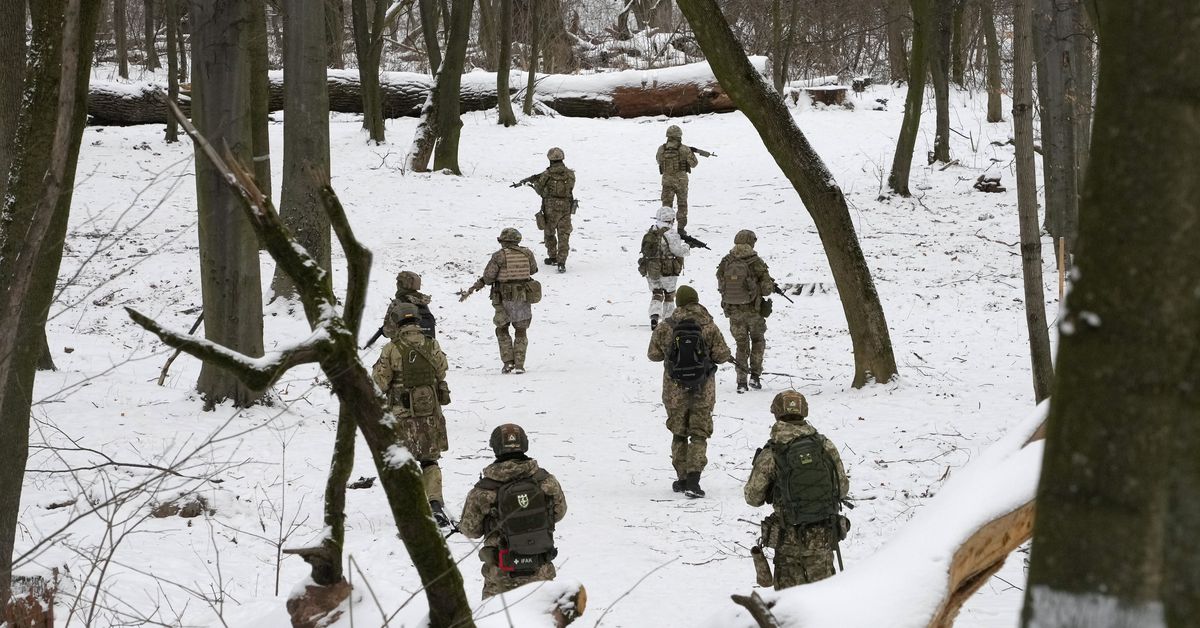 MOSCOW – Russia’s Foreign Ministry on Sunday dismissed a British claim that the Kremlin is trying to replace Ukraine’s government with a pro-Moscow government and that former Ukrainian lawmaker Yevheniy Murayev is a potential candidate.

Britain’s Foreign Office on Saturday also named several other Ukrainian politicians allegedly linked to Russian intelligence services, along with Murayev, leader of a small party that has no seat in parliament.

These politicians include Mykola Azarov, a former prime minister under Viktor Yanukovych, the President of Ukraine who was ousted in an uprising in 2014, and Yanukovych’s former chief of staff, Andriy Kluyev.

“Some of them are in contact with Russian intelligence officers who are currently involved in planning an attack on Ukraine,” the Foreign Office said.

Murayev told The Associated Press via Skype that the British claim “looks ridiculous and funny” and that he has been refused entry to Russia since 2018 because he poses a threat to Russian security. He said the sanction was imposed amid a conflict with Viktor Medvedchuk, Ukraine’s most prominent pro-Russian politician and a friend of Russian President Vladimir Putin.

Murayev’s Nashi party – whose name reflects the former Russian youth movement that supported Putin – is seen as sympathetic to Russia, but Murayev on Sunday refrained from characterizing it as pro-Russian.

“The days of pro-Western and pro-Russian politicians in Ukraine are gone forever,” he said in a Facebook post.

He also said he supports Ukraine’s neutral status and believes that “pursuing NATO is tantamount to continuing the war.” Ukrainian forces and Russian-backed separatists have been fighting in the east of the country since 2014, a conflict that has claimed more than 14,000 lives.

The British government made the claim based on an intelligence assessment without providing any evidence to back it up. It comes amid high tensions between Moscow and the West over Russia’s intentions towards Ukraine and mounting accusations from both sides that the other is planning provocations.

“The disinformation spread by the British Foreign Office is further evidence that it is the NATO countries, led by the Anglo-Saxons, who are escalating tensions around Ukraine,” Russian Foreign Ministry spokeswoman Maria Zakharova said in the messaging on Sunday -App Telegram. “We call on the British Foreign Office to stop provocative activities and to stop spreading nonsense.”

British Foreign Secretary Liz Truss said the information “sheds light on the scale of Russian activities aimed at undermining Ukraine and gives an insight into the mindset of the Kremlin”.

Truss called on Russia to “de-escalate, end its campaigns of aggression and disinformation and embark on a path of diplomacy” and reiterated Britain’s view that “any Russian military incursion into Ukraine would be a massive strategic mistake at great cost”.

Britain has sent anti-tank weapons to Ukraine to bolster the country’s defenses against a possible Russian attack.

Mark Galeotti, who has written extensively on Russian security services, said “I can’t help but be skeptical” about the British claim.

“This is one of those situations where it’s hard to tell whether we’re facing a real threat, a misunderstanding of the Russians’ inevitable overtures to various Ukrainian figures, or a ‘strategic communication’ — what we call propaganda these days, if we do,” Galeotti, honorary professor of Slavic and Eastern European studies at University College London, told the AP.

US Secretary of State Antony Blinken said he could not comment specifically on the British claim, but “we have been warning of precisely this type of tactic for weeks”.

“This is an essential part of the Russian tool kit,” he said in an interview on CNN. “It ranges from a large, conventional incursion or invasion of Ukraine to such destabilizing activities to overthrow the government. And it’s important that people take notice of it.”

The UK government’s unusual decision to unblock the thinking of UK spies, if not the evidence behind it, comes as Prime Minister Boris Johnson is sidetracked by a leadership crisis over lockdown-breaking parties during the coronavirus pandemic.

Keir Giles, a Russia expert at international affairs think tank Chatham House, said the British warning was a sign that “Britain is effectively taking the lead in a strong NATO and European response to Russia’s threats against Ukraine.”

“With the US appearing ready to acquiesce in Russia’s demands on Moscow’s terms, and the EU irrelevant and sleeping at the wheel, it has fallen to the UK to rise to the challenge both in terms of rhetoric… and in terms of… take direct action and raise the likely cost of a Russian invasion of Ukraine through direct shipments of defense munitions,” Giles said.

British Defense Secretary Ben Wallace is expected to meet Russian Defense Minister Sergei Shoigu for talks in Moscow amid diplomatic efforts to defuse the crisis. No date was given for the meeting, which would be the first bilateral defense talks between Britain and Russia since 2013.

The US has launched an aggressive campaign in recent months to unite its European allies against a new Russian invasion of Ukraine. The White House called the UK government’s assessment “deeply concerning” and said it sided with Ukraine’s duly elected government.

“The Ukrainian people have the sovereign right to determine their own future and we stand behind our democratically elected partners in Ukraine,” said National Security Council spokeswoman Emily Horne.

The assessment came as President Joe Biden spent Saturday at the Camp David presidential retreat outside of Washington to discuss the situation in Ukraine with his senior national security team. A White House official said the talks included efforts to de-escalate the situation with diplomatic and deterrent measures closely coordinated with allies and partners, including security assistance to Ukraine.

Lawless reported from London. AP writers Anna Frants in Moscow and Matthew Lee and Zeke Miller in Washington contributed to this report.