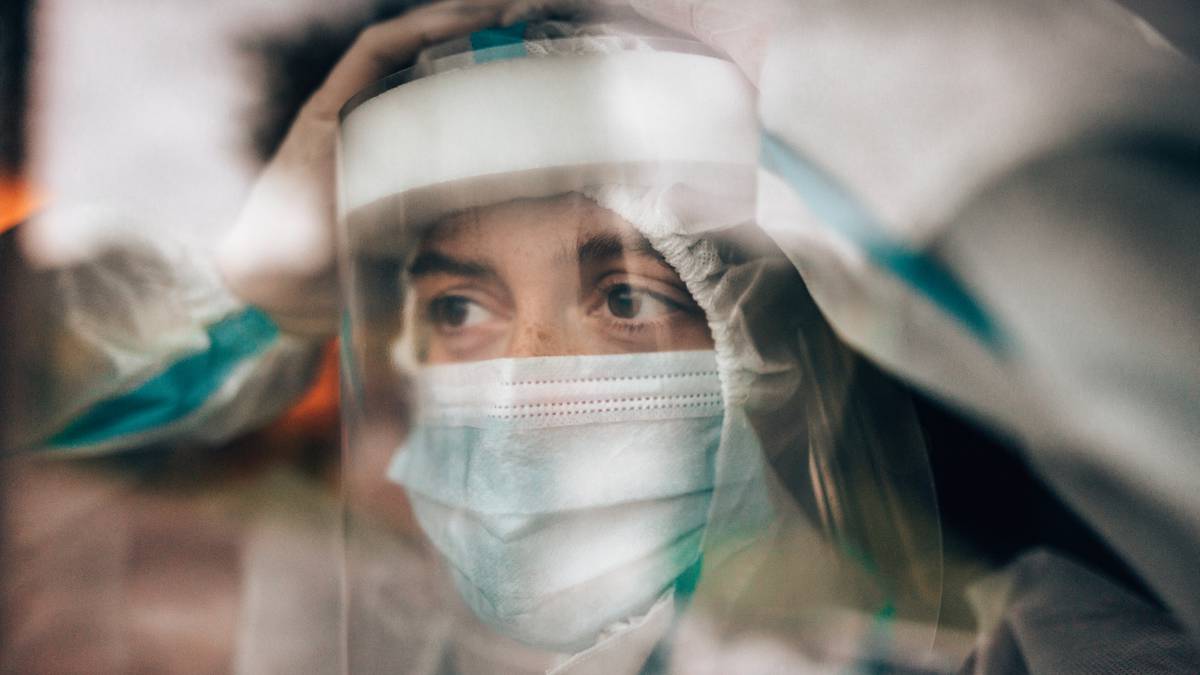 New Zealand back in red, calls for a health worker emergency mounting and new routine policing in action as calls for guns mount in the latest New Zealand Herald headlines. Video / NZ Herald

The government must declare an emergency for health workers as Omicron threatens to tear up the community, a senior doctors’ union is demanding.

“These are serious numbers…Doctors are telling us they’ve never seen it this bad…there is great concern for the coming weeks,” ASMS executive director Sarah Dalton told the Herald.

A Health Ministry spokesman said preparations were underway to manage Omicron’s impact on our healthcare system, but declined to detail how capacity would be strengthened. Further details would be announced on Wednesday, it said.

They also didn’t respond to questions about how DHBs could create additional resources and whether they would consider declaring an emergency for health workers.

An outbreak of the highly contagious new variant of Covid-19 meant New Zealanders would face more canceled and delayed surgeries, resulting in an even bigger backlog, she said.

“We need to declare a health worker emergency along the lines of a civil defense emergency to trigger official retention and hiring measures and ensure this is prioritized at the central government and regional hospital and community levels,” Dalton said.

It comes after Prime Minister Jacinda Ardern put the country in the red light setting at 11.59pm on Sunday when nine Covid cases in Motueka were confirmed to be of the Omicron variant. Top health experts predict daily case numbers could reach over a thousand in about two weeks.

The Director General of Health, Dr. Ashley Bloomfield, reassured New Zealanders on Sunday morning that the health system has enough capacity to handle the initial phase of the Omicron outbreak.

“The capacity of the intensive care unit was below 70 percent at the moment,” Bloomfield said.

But Dalton painted a different, “more frightening” picture, saying a lack of adequate staffing meant extremely limited or no intensive care unit capacity in some regions.

Emergency rooms (ED) are regularly operating at well over 120 percent capacity, and desperate overwhelm is the norm, not the exception, she said.

“The situation was exacerbated during the holiday season as departments attempted to manage an inordinately high patient load with even leaner rosters,” Dalton said.

Patients in some emergency rooms had to wait up to eight hours just to be seen, and others spent hours in ambulance bays waiting to be triaged, she said.

“Then there are those who did not wait and left the hospital without their health needs being met – many of them were mentally ill.

“We’ve been told that it’s common for people to sit in ED hallways, clutching their chests and looking uncomfortable while waiting to be examined,” Dalton said.

Looking over the Tasman last week was terrifying, she said.

Victoria has had more than 4,000 healthcare workers unable to work due to Covid isolation requirements, with an average of 5,000 absentees per day, Dalton said.

“Health officials have taken an unprecedented step by invoking a system-wide ‘Code Brown’ to deal with a system collapsing amid severe staff shortages and hospitalization rates amid the Omicron outbreak,” she said.

Back in New Zealand, some regions were already struggling harder than others.

In a region of very high need, one child psychiatrist is trying to cover the workload of three, Dalton said.

In Southland, maternity care was so precarious that the hospital’s department nearly had to be demoted because a senior physician was unable to return to the country.

In Canterbury, ongoing staff pressure meant cancer patients waited up to 12 weeks for a first specialist appointment, while 365 patients waited for radiation therapy, with treatment delays of up to four months.

“Maintaining a long waiting list is a direct result of an understaffed service that is beyond clinical capacity,” Dalton said.

Lucy Elwood, executive director of the Cancer Society of New Zealand, said cancer care in many areas was stretched due to a shortage of senior doctors and waiting times that were getting worse.

“We recognize that many radiologists are working significantly more clinical hours than their overseas counterparts due to staffing shortages,” she said.

Elwood said the Society supports ASMS’s calls for an emergency for health workers to be declared.

“It is particularly important at the moment as it is easy to envisage in the near future that a significant number of senior medics will need to isolate due to Covid,” Elwood said.

A Health Department spokeswoman said they had asked the New Zealand public to prepare for Omicron by continuing to wear a mask, scanning and passing and receiving a booster shot if needed and a test if symptoms appear.

“A highly vaccinated population is likely to be less of a burden on our healthcare system and is just part of the overall plan for Omicron.”

The spokeswoman said the ministry is also strengthening the skills and capacity of the healthcare system.

“Our healthcare system is preparing for hospitalizations due to Omicron, as well as the additional support needed in primary care and EMS.

“As before, the healthcare system will continue to prioritize services based on capacity and clinical need. Planning is underway at local, regional and national levels.”

Health Secretary Andrew Little told the Herald he had no authority to declare a state of emergency and was unaware of the data the ASMS was referencing.

“I was briefed on hospital occupancy rates over the Christmas and New Year period and they averaged around 80 per cent with some hospitals seeing 50 per cent occupancy for several nights.

“However, we do know that there is a labor shortage across the healthcare system after a decade of neglect and underinvestment by the previous government.”

Little said a strong focus had been put on preparing the country’s healthcare system to deal with Covid.

“Because of this preparation and the amazing work of our health workers, our hospitals are not overwhelmed by the response to the pandemic,” he said.

Little said the government has trained around 1400 additional nurses to work in an ICU/HDU setting to support ICU nurses when needed.

“Given Omicron’s experience abroad that it is less severe than the Delta variant, with a lower hospitalization rate and an even lower ICU admission rate, I am confident based on our experience to date along with the other measures taken to slow the spread of.” omicron our system will respond appropriately again.”