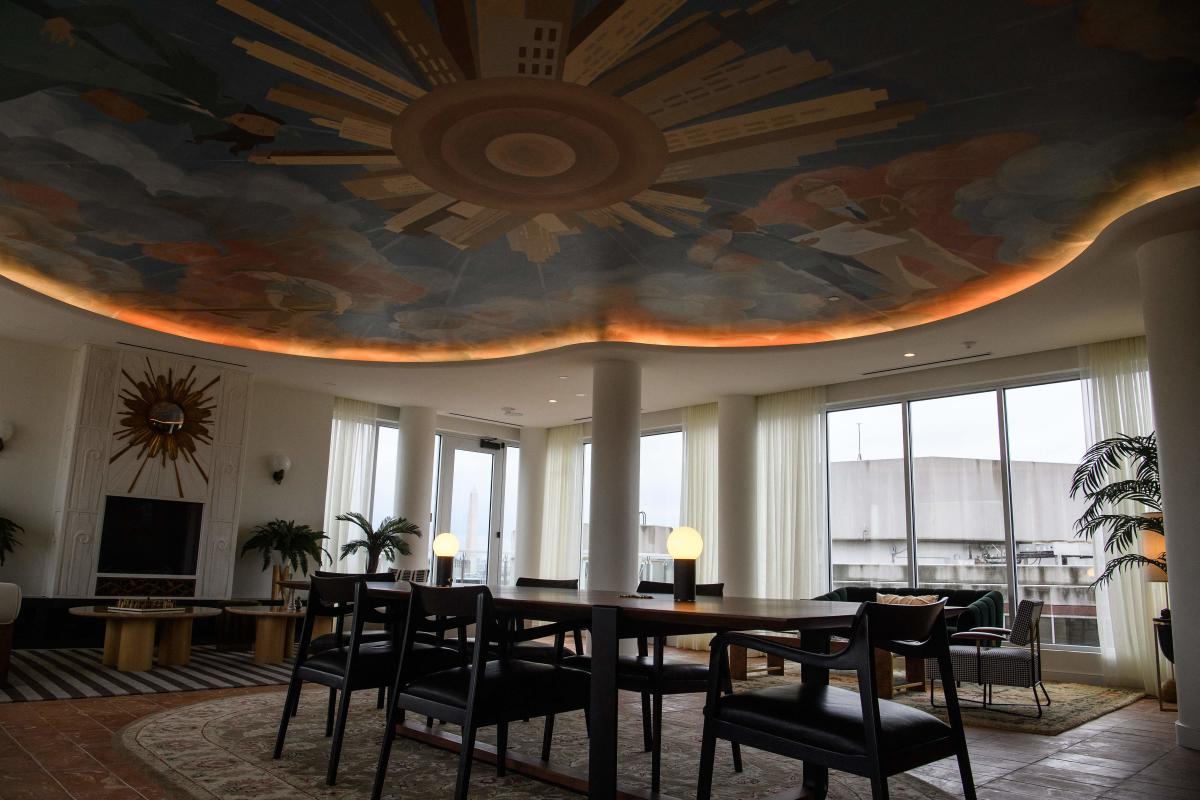 Blocks from the White House, a modest building in downtown Washington that once housed offices of the US Department of Justice is set to be converted into apartments for hundreds of people.

The conversion of vacant office space is among a wave of “adaptive reuse” projects that swept the U.S. housing market in 2021, where developers bought hotels and offices that were struggling to do business and announced plans to convert them into apartments.

“The market spoke up and said the value was greater for a conversion than for the continuation as office space,” said Michael Abrams, managing director of Foulger-Pratt, the real estate development firm that is converting the 14-story building on New York Avenue into 255 apartments.

A survey by housing listing service RentCafe found that about 20,100 homes were built from remodeled homes in the United States last year, nearly doubling the year-ago figure.

Such conversions could offer a way forward for US inner cities, which have not been the same since office workers fled the Covid-19 outbreak almost two years ago and landlords and local businesses have run into trouble.

“The slow recovery in the office market will only make it more expensive to sell vacant office buildings,” Abrams said.

Remodeling can also help alleviate the lack of affordable housing, especially in cities like Washington where notoriously high rents are a feature of life.

“From an overall perspective, we just need an increased supply. With more supply, both home price growth and rents will fall,” said Lawrence Yun, chief economist for the National Association of Realtors.

Despite the downturn caused by Covid-19, the median price of existing homes rose 15.8 percent over the course of 2021, and in the last month supply had hit an all-time low, according to NAR data, likely compounding a pre-pandemic affordable housing crisis.

In 2017, 48 percent of renters were classified by the US Government Accountability Office as “rent-burdened” — meaning they paid more than 30 percent of their income in rent — a number that had risen 6 percentage points in the previous 16 years.

The United States, meanwhile, has a flood of offices. Because many of them date from the 1980s, they’re now too old to be of any business appeal, said Tracy Hadden Loh, a Brookings Metro employee.

With her designs focusing on obsolete needs like filing cabinet space, “really just the whole building is obsolete,” she said in an interview.

Marc Ehrlich, chief investment officer at Rose Associates, which has converted New York offices into apartments, said such projects tend to be “well-located properties that need higher and better use.”

One of his firm’s most recent ventures is converting an office once occupied by telecommunications company AT&T into a place where people want to live.

With a lack of amenities like covered parking, the building is unlikely to attract commercial tenants, Ehrlich said.

However, there will be co-working spaces in the new apartments, as many tenants are expected to continue working from home, he said.

In Washington, developers are rushing into properties formerly leased by the region’s main employer, the federal government.

These include The Wray, an office building used by the State Department but which has been completely refurbished to house apartments.

The only signs of its former use are in the lobby, where the tiles are original, as is a register listing the names of the State Department offices that were once located there.

“The pool of renters that are returning to these buildings has shrunk dramatically, and that’s weighing on this property class, that’s creating opportunity,” Abrams said.

Adaptive reuse projects tend to require high rents, Loh said, because they often require expensive renovations, such as B. the construction of new bathrooms in buildings where they were previously shared.

While expanding inventories has been shown to alleviate pricing pressures elsewhere in the housing market, “this is not a solution to the housing crisis,” she added.

“This is a solution to revitalize areas like downtown areas that are heavily dominated by places like office space.”