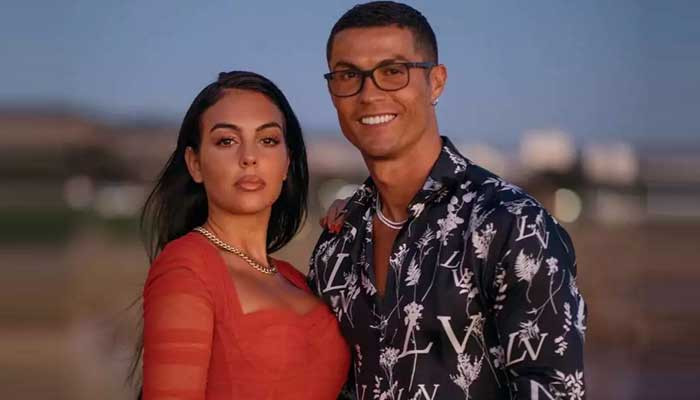 Cristiano Ronaldo beamed from ear to ear as the footballer recalled the moment he fell in love with Argentinian beauty Georgina Rodriguez.

The legendary footballer’s happiness suggests he’s still giving thanks for the moment he first saw her friend when she was working at a Gucci store in 2016.

In an upcoming Netflix documentary, the five-time Ballon d’Or winner said: “From this moment on [when they passed each other outside the clothing company where she worked] it stuck in my head and it was a ‘click’ moment.”

Georgina Rodriguez and Cristiano Ronaldo, who are expecting twins, already have four children together and Rodriguez is also stepmother to Ronaldo’s son Cristiano Jr.

The Spanish model also highlighted the happiest moment of her life, saying: “The day I met Cristiano, I was going to work. I arrive at Gucci and as I am leaving the store I see a very handsome man appear.

“I stopped and started getting tingles in my stomach and I was like, ‘But hey, what’s wrong with me?’