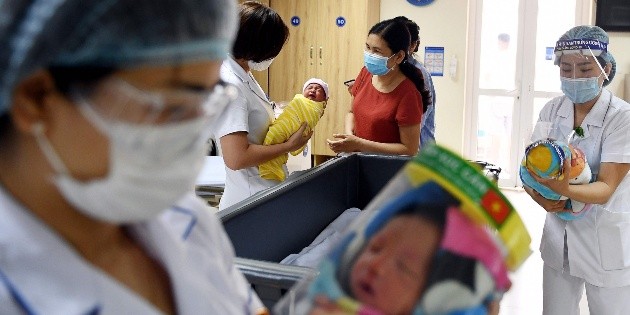 Going to surrogacy or surrogate motherhood, as Priyanka Chopra and Nick Jonas did, is not something that everyone can do, because several factors intervene for its authorization such as the required payment, the health of the applicants and the place where they reside.

California, USA, a pioneering entity, receives hundreds of couples every year since 1993, but it does not have a specific law, but acts by jurisprudence, that is, following the resolution of previous legal cases.

In the state it is suggested that the applicant, without age requirement, demonstrate that they cannot give birth for medical or physical reasons, but this is not necessary.

What if it is that psychological evaluations are required and that the surrogate mother has had her own children naturally.

The use of both donor eggs and sperm is allowed and it is guaranteed that the applicants are the legal parents of the baby and not the surrogate mother, which previously complicated the matter.

It may all sound easy, until you get to the estimated payment for attorney fees, treatment, and medical insurance, which It can fluctuate between 2.4 million pesos (120 thousand dollars) and 7 million Mexican coins (350 thousand dollars). That without counting the surrogate mother’s own expenses and if there is money involved between both parties.