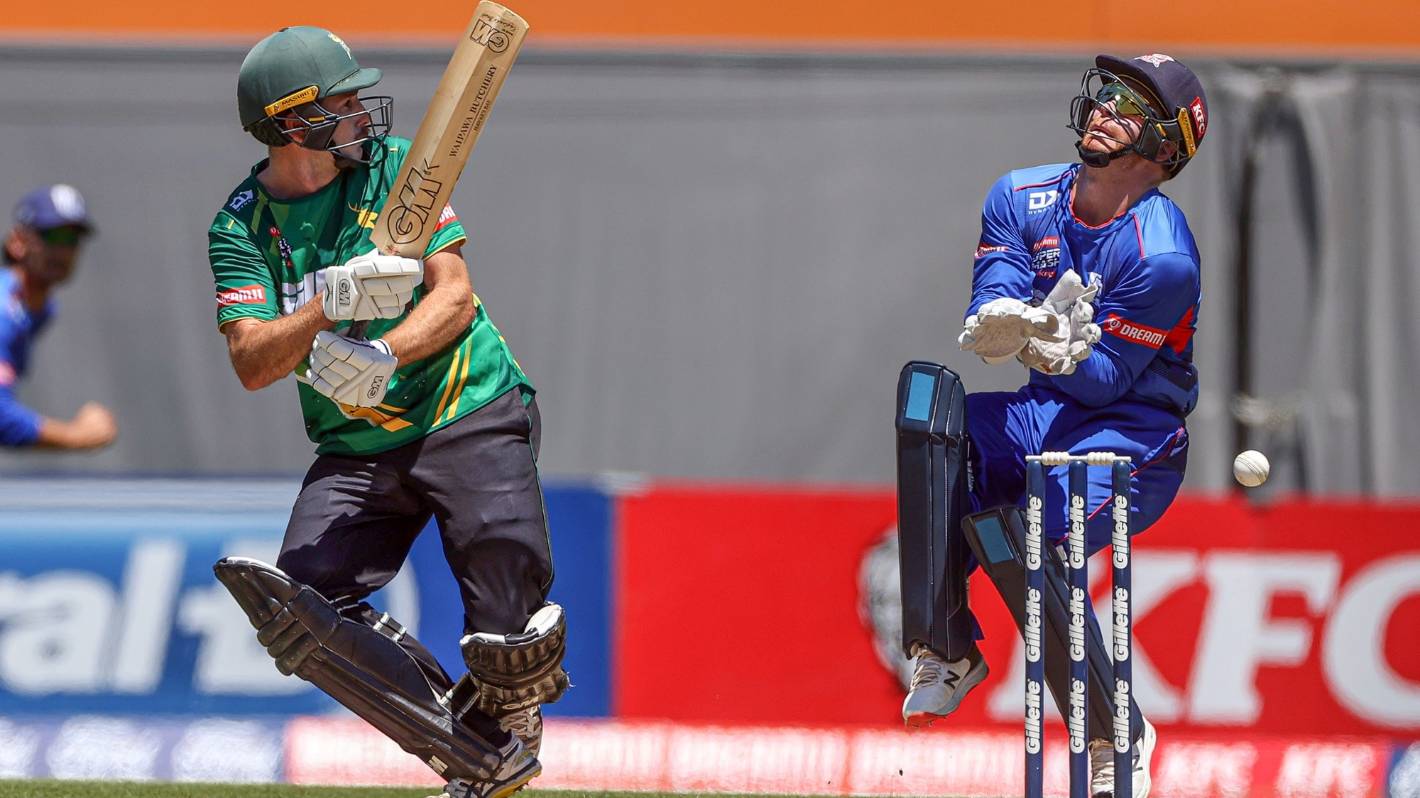 The men’s Super Smash campaign in Auckland is over after Ben Smith staged the Aces’ Black Caps batters and quashed their faint hopes of a finals at Eden Park on Saturday.

The hosts needed to beat out-of-competition Central Stags, improve their net run percentage and hope Wellington lose at home to leaders Northern Brave on Monday. In the end, the hosts couldn’t even tick the first box, down 10 runs, earning the Firebirds a spot in Thursday’s knockout final against the Canterbury Kings in Dunedin.

In the first domestic game at the stadium in seven seasons – played on the main draw as part of a celebration of key workers who have played a vital role in New Zealand’s response to the Covid-19 pandemic – there was no disappointment, nor was an exciting conclusion.

Submitted, the Stags went 176-7 thanks to opener Smith’s excellent round-the-park hit that included 10 fours and two sixes and plenty of flicks and scoops.

Leg spinner Adi Ashok was the bowlers’ pick, with the 19-year-old continuing to impress, winning 3-28 from four before Smith then fell on the 17th, halting the visitors’ attack.

It looked like Central reported an underperforming total, but the Aces struggled with their response early on.

The omen was an ominous first ball of the innings when Martin Guptill – in his first match back from injury – had to dispose of his favorite bat after Rance hit the splice.

George Worker fell behind in the first over, Rance had Mark Chapman a few overs later and Guptill struggled with timing to go 6/18.

The final ball of the sixth over the veteran international pumped Doug Bracewell for 10 in two, but then the next throw sank into deep square and the aces were at 30-3 after the power play (the stags were at 58-by comparison: 0).

Phillips started to open his shoulders (five fours, three sixes) and put up his 50 of 32 balls but holed in the 15th over and just like O’Donnell Bracewell had taken 19 from his last over and only a half century Time had 29 balls, the skipper was also caught in the 18th in the deep.

Auckland needed 16 from the last over, with Sean Solia and Lockie Ferguson at the wicket, but Rance completed it in fine style.