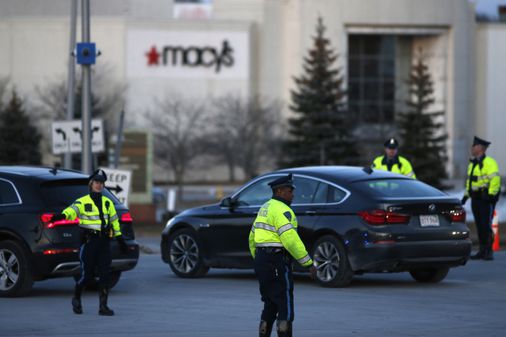 BRAINTREE — A male shooting victim with life-threatening injuries was transported from South Shore Plaza to a Boston-area hospital Saturday afternoon, according to a Massachusetts State Police spokesman.

Massachusetts State Police and local police departments are at the scene, said David Procopio, a state police spokesman. As of 4:20 p.m., no suspect was in custody

Braintree Police reported police activity at the mall in the early afternoon and urged people to avoid the area. They have since said that the mall has closed and people should exit the building.

“IF SHE PROTECTS IN A STORE, IT IS SAFE TO COME OUT. OFFICERS WILL POINT THEM OUTSIDE. THE MALL IS NOW CLOSED,” police wrote on Twitter just before 4 p.m

This is breaking news and will be updated as details become available.