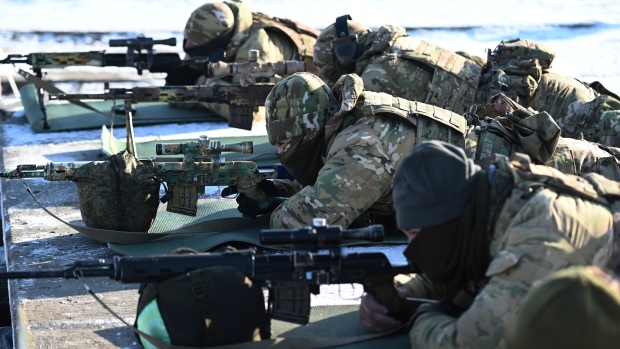 Russia’s ambassador to Canada, Oleg Stepanov, says the threat of Western sanctions in response to a military buildup along Ukraine’s border has no weight.

In an interview on CTV News Channel’s Power Play with host Evan Solomon on Thursday, Stepanov said the possibility of new sanctions would not affect the country’s future actions.

“Sanctions never work and sanctions will never work against countries such as [a] nation like Russia. Trying to use sanctions as a threat to force Russia to take certain steps in the international arena is just an illusion,” he said.

“In fact, in Russia and the Russian government, and I can tell you frankly, no one cares about Western sanctions anymore…because they don’t work and they don’t bite, they don’t have any real impact or any practical outcome.”

Canada and other NATO allies have stressed that any further incursion of Russian troops into Ukraine would result in “serious consequences” and sanctions.

The Canadian government was unclear what those sanctions would look like.

Global Affairs reports that Canada has targeted more than 440 individuals and entities linked to Russia since 2014, when its military forcibly annexed Ukraine’s Crimea peninsula.

The US Treasury Department on Thursday slapped fresh sanctions on four Ukrainian officials, including two current MPs who government officials say are part of a Russian lobbying effort to create the pretext for another invasion of Ukraine.

Stepanov said Russia had “no desire” to invade Ukraine, adding that the accumulation of around 100,000 troops along the border was part of “regular exercises” on its own territory.

“Russia can do anything on its own territory, and of course we would never transfer our troops to our territory at the behest of foreign countries,” he said.

US President Job Biden told reporters Wednesday that while he doesn’t think Russian President Vladimir Putin has made a final decision on an all-out attack, he said “I suspect he’s going to move in.”

The US and UK have started sending self-defense weapons to Ukraine, in response to one of the country’s most important requests to NATO.

While in Ukraine this week, Canada’s Foreign Minister Melanie Joly said Canada will make a decision on whether to send arms “in time”.

As part of Operation UNIFIER, Canada deploys a team of approximately 200 Canadian Armed Forces personnel to Ukraine every six months. The focus of the operation is to provide training support in coordination with the U.S. and other countries providing that support.

Speaking about the mission, Stepanov said Russia had “a lot of concerns” about it, but it was a “sovereign decision” by Canada.

“There is nothing we can do militarily … we are important on the political side of the House and we have to find a political solution to this and that’s where sanctions are being imposed [come in],” he said.

With a file from The Canadian Press and The Associated Press.