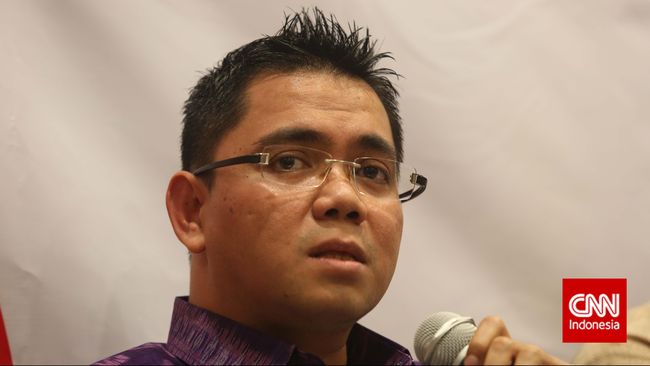 “The sanctions used to be the toughest. The sanctions ranged from reprimands, warnings to dismissal,” Ono said Thursday in Bandung, West Java.

Still, Ono said the dismissal was a Central Executive Board (DPP) decision. The application for dismissal was made by the PDI-P faction as a severe warning to the member of Commission III of the DPR RI.

In his opinion, what Arteria Dahlan was doing was inappropriate for a PDI-P squad. In fact, many West Java PDI-P cadres have objected to Arteria’s testimony.

He said that Pancasila’s ideology for the PDI-P is not just lyrical, but necessary to ground Pancasila. One of them, he said, must be the glorification of all ethnic groups, cultures, religions and races in Indonesia.

“Because it’s an embodiment of how Pancasila can be implemented as best as possible, with Pancasila’s essence being mutual collaboration,” he said.

Meanwhile, Arteria Dahlan previously apologized to the people of West Java for his testimony during Commission III’s working meeting with the Attorney General’s Office a few days ago.

“I sincerely apologize to the people of West Java, especially the Sundanese, for my statement some time ago,” Arteria said after providing clarification to the PDIP DPP at the PDIP DPP office in Menteng, Jakarta on Thursday.

Arteria’s clarification and apology was transmitted upon receipt by the Secretary General of the PDI-P DPP Hasto Kristiyanto, and PDI Perjuangan DPP-Vorsitzender Komarudin Watubun.

Arteria Dahlan’s statement regarding the Sundanese language was presented to the Attorney General as a criticism on Monday (17 January). According to him, there was an official of the Chief Prosecutor (Kajati) who spoke Sundanese at work meetings.

He also asked the Attorney General to replace Kajati, who used the Sundanese language. However, Arteria did not reveal who Kajati was talking about in Sundanese.

“Pak JA (Attorney General) there was a Kajati who was at the meeting, he spoke Sundanese at the working meeting, replace that one sir. We are Indonesia,” Arteria said, according to the video on DPR RI’s YouTube account.