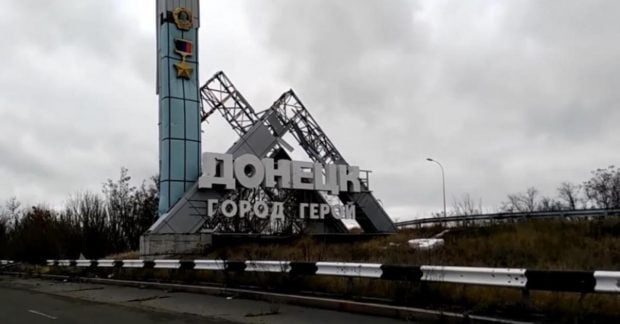 Earlier, the communists approached the President of the Russian Federation with a similar initiative.

Garmash is convinced that Russia does not recognize the “LDNR” / photo dnews.dn.ua

Russia will not go Recognition of the so-called “DNR” and “LNR” – The authorities are not interested in making such a decision, which was previously initiated by the communists.

This opinion was expressed on the air of the TV channel by a member of the Ukrainian delegation to the TCG, journalist Sergei Garmash.Haus“.

“The pro-government force, Putin’s party, is not interested in recognizing the DPR because it would end the Minsk agreements,” he said.

Garmash added that the Russian Federation wants to force Ukraine to comply with the Minsk agreements, but according to the Kremlin’s scenario.

“Russia is trying to force Ukraine to comply with the Minsk agreements from its point of view. And that, if this happens, will allow Russia to solve its problems, which it presents to the West in the form of ultimatums,” says the expert.

Recognition of “LDNR” by Russia: what is known

Earlier, the Communist Party of the Russian Federation, led by Gennady Zyuganov, prepared an appeal to Vladimir Putin and urged him recognize “independence”. certain districts of Donetsk and Lugansk regions.

At the same time, Konstantin Zatulin, the first deputy chairman of the Russian State Duma Committee on CIS Affairs, Eurasian Integration and Relations with Compatriots, expressed doubts that the Russian Federation would be able to recognize the “LDNR”.

In the Kremlin explained firstthat they had not seen the draft document, but soon added that they would not comment until the State Duma’s decision was made.