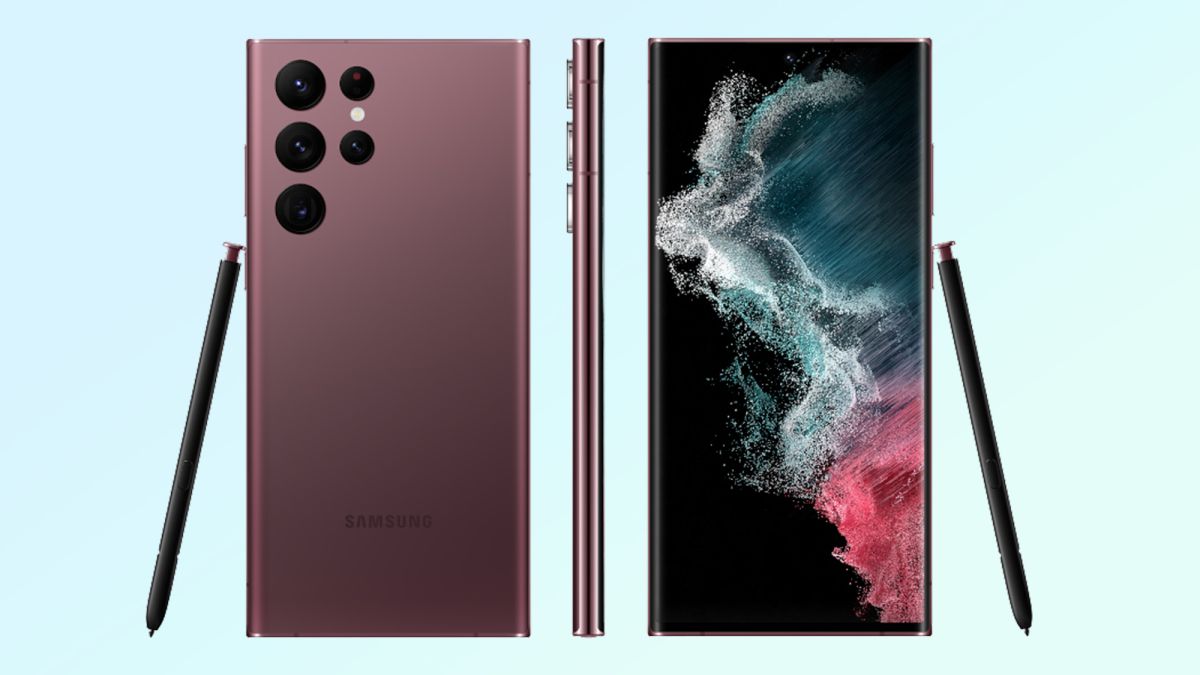 the Samsung Galaxy S22 Ultra supposedly starts soon along with that Galaxy S22 and Galaxy S22 Plus. And when Samsung unveils its next flagship, we now know that the Ultra will look a lot like a Galaxy Note.

Starting today (January 21) at 10:00 AM ET/7:00 PM PT, you can reserve your spot in the Samsung Galaxy S22 pre-order queue. At that time, Samsung will launch its Reserve Now page, where you can register to pre-order the new products. Those who sign up can receive a $50 credit toward other Galaxy products during the pre-order period, which we anticipate will begin after Samsung unpacked 2022 Event.

Samsung just confirmed exactly that with a blog post teasing the upcoming launch of its next flagship phones. And while Samsung is still skimping on the details of the Galaxy S22, Samsung’s TM Roh says the phone maker is leaning heavily on the Note for inspiration when building its Galaxy S22 Ultra handset.

“We know many of you were surprised when Samsung didn’t release a new Galaxy Note last year,” wrote Roh, Samsung’s president and head of mobile business, in a Blog post teasing a February phone launch. “They loved the unparalleled creativity and efficiency of the Galaxy Note series, which allowed them to go from gaming nirvana to high-octane productivity in the blink of an eye. They raved about the lifelike S Pen, which many say is rivals who put ink on paper. And we haven’t forgotten those experiences you love.”

Roh’s post ends by urging Samsung fans to “prepare for the ultimate Ultra experience,” which seems an equally clear indication that the Ultra will adopt some of the Note features cited.

Samsung’s plan to revive elements of the Galaxy Note with the release of the Galaxy S22 Ultra has been rumored for a while based on expected features for the largest S22 model. Alongside the 6.8-inch display, the S22 Ultra is expected to sport a flat rectangular design, just like the Notes of old. The upcoming phablet is also said to include a slot for Samsung’s S Pen – last year’s Galaxy S21 Ultra only supported the stylus as an optional accessory, while S22 Ultra reportedly fully integrates the S Pen.

Roh doesn’t confirm those specific rumours, although he does promise that the upcoming Ultra will be able to “take the best, brightest photos and videos you’ve ever taken with a phone” – presumably a nod to the camera and the S22 Ultra rumored to be improvements to the main sensor. Other features Roh touted include “power, speed and tools you won’t find anywhere else” and “the smartest Galaxy experience yet”.

The Galaxy S22 models released in the US are expected to feature Qualcomm Löwenmaul 8 Gen 1 Chipset that includes, among other things, an improved AI engine. Qualcomm’s chipset also promises a 20% faster processor than last year’s Snapdragon 888 chip, as well as a 30% improvement in power efficiency. Galaxy S22 models shipping outside the US will likely come with the Exynos 2200 chipset, which features a GPU that includes AMD RDNA 2 graphics and ray tracing capabilities.

Roh says new phones will debut at the next Unpacked event in February, though he failed to give a specific date. The newest Samsung Galaxy Unpacked 2022 Rumors point to the event taking place on February 9th.

In addition to the Galaxy S22, Samsung is also expected to show the new one Galaxy Tab S8 tablet at its upcoming Unpacked event, although Roh’s blog post doesn’t mention anything about tablets.