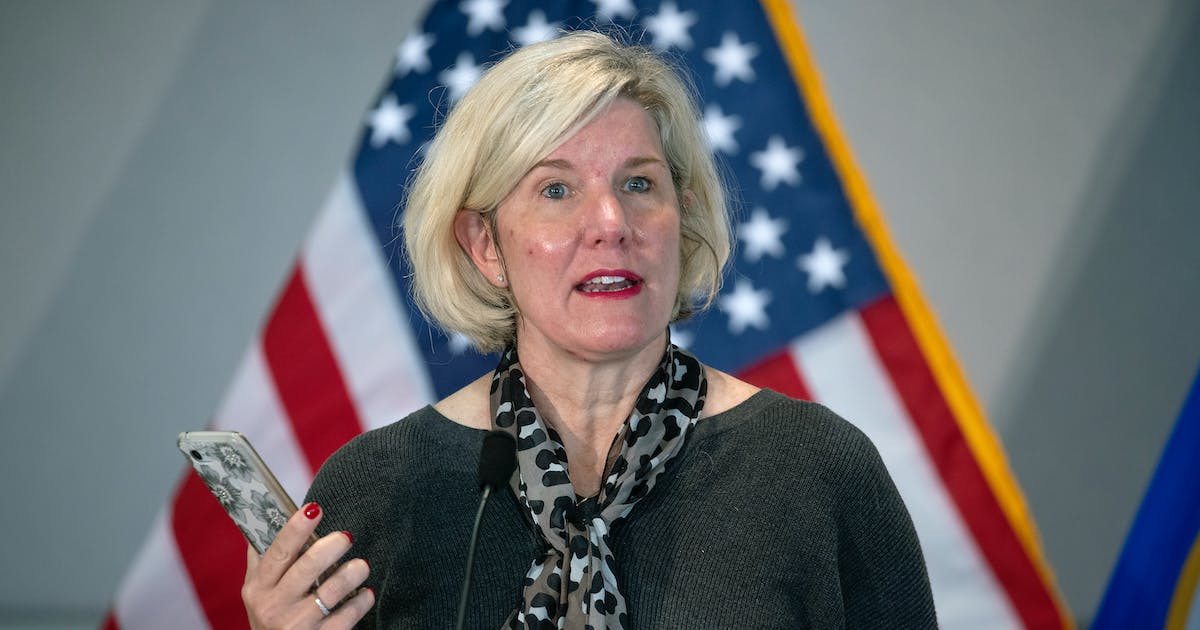 Kris Ehrlichsmann, a key architect of Minnesota’s response to the COVID-19 pandemic, will retire in February after more than 30 years with the state health agency.

Ehrlichsmann, the state director of infectious diseases, started out as a student assistant at the Minnesota Department of Health in the 1980s. Since then, she has held several key positions in the agency’s infectious diseases unit, rising through the ranks to oversee more than 100 employees who monitor diseases transmitted from humans, animals, and contact with contaminated food and water.

“Serving as Director of the Department of Infectious Diseases has been one of the great honors of my life,” Ehrlicher said Thursday in MDH’s announcement of her resignation. “Like so many people who have worked in a job they love, I have mixed feelings about saying goodbye. Nonetheless, it has been my privilege to work with a great team and I have every confidence that I will pass the baton to the best in the business.”

While most of the agency’s work has typically remained hidden from the public eye, the historic COVID-19 pandemic has put the spotlight on the epidemiologist. Ehrlichsmann spoke regularly to the media and the public through web-broadcast briefings, usually accompanied by Minnesota Health Commissioner Jan Malcolm.

“Kris Ehrlich has played a huge role in public health not just in Minnesota but nationally,” Malcolm said. “I really value her skills as a public health worker, communicator and leader. She has helped lead Minnesota through many difficult public health challenges, and in the process she has formed a new generation of talented public health leaders within MDH and nationwide.”

Ehrlich’s resignation announcement did not specify her reasons for leaving or her future plans. In an interview with the Star Tribune in late December, she said 2021 had been a year of many emotions, including sadness that the hope sparked by vaccine launches was dwindling as first Delta, then Omicron, rolled in and the vaccination hesitation increased.

“We started the year with optimism because we thought we had the tools,” she said. “That was just the most amazing thing. But we became so discouraged with each passing day as we saw death after death that is preventable.”

Their departure comes as Minnesota residents, governments and businesses grapple with the rapidly spreading Omicron variant of COVID-19. Another 11,440 new infections and 78 more deaths announced MDH on Thursday, including the death of a Dakota County youth.

Some COVID-19 models, including one from the Mayo Clinic, predict case growth could peak in the next few weeks. If predictions hold true, Minnesota could still see significant new infection rates even if the variant declines. The state’s test positivity rate is at a record high of 23.7%, compared to a recent low of about 1% last June, before the Delta variant took hold.

The amount of genetic material from COVID-19 has dropped by more than 60% in the last two weeks, according to sewage samples Data released on Thursday by the Metropolitan Council, which analyzes the water processed in the underground facility. Fall rates tend to lag wastewater trends by six to eight days.

Public health leaders said that even after Ehrlich’s retirement, MDH has the depth of expertise and experience to continue its work in disease surveillance, prevention and education.

“The public has benefited from the stability, confidence and wisdom that Kris brought to her role,” said Craig Hedberg, professor of public health at the University of Minnesota. “These qualities can thrive when leaders like Kris are given the opportunity to grow in their roles. We will miss her greatly, but are confident that she represents a legacy that will produce excellent leadership for many years to come.”

Ehrlich received her bachelor’s degree in nursing from St. Olaf College and a master’s degree in public health in epidemiology from the University of Minnesota.

In addition to her work at MDH, she has served on several national public health committees, including the Advisory Committee on Immunization Practices, which advises the Centers for Disease Control and Prevention. At the time of her appointment in 2008, she was only the second nurse ever appointed to this advisory board.

“She was a great asset to Minnesota even before the pandemic and certainly did a lot of things for the state both nationally and behind the scenes,” said Dr. Randy Rice, President of the Minnesota Medical Association.

“The team over there is solid, they’re good,” he said. “It’s always hard to lose a long-serving official, but I have to tell you after the last two years… Kris Ehresmann has earned a well-deserved retirement. And we will miss her.”

Emily Emerson, the associate director of the Division of Infectious Disease Epidemiology, Prevention and Control, will become interim director while MDH conducts a national search for Ehrlich’s replacement.

Ehrlich and her team regularly monitor emerging infectious diseases. When the first reports of what would be called COVID-19 began to pour in from China in December 2019, she didn’t know what to expect.

“There were other novel viruses that came along that didn’t have the same impact,” Ehrlicher told the Star Tribune in June 2020. “Until February [2020] I knew this was going to be really different.

“I don’t think I fully understood how different it would be.”