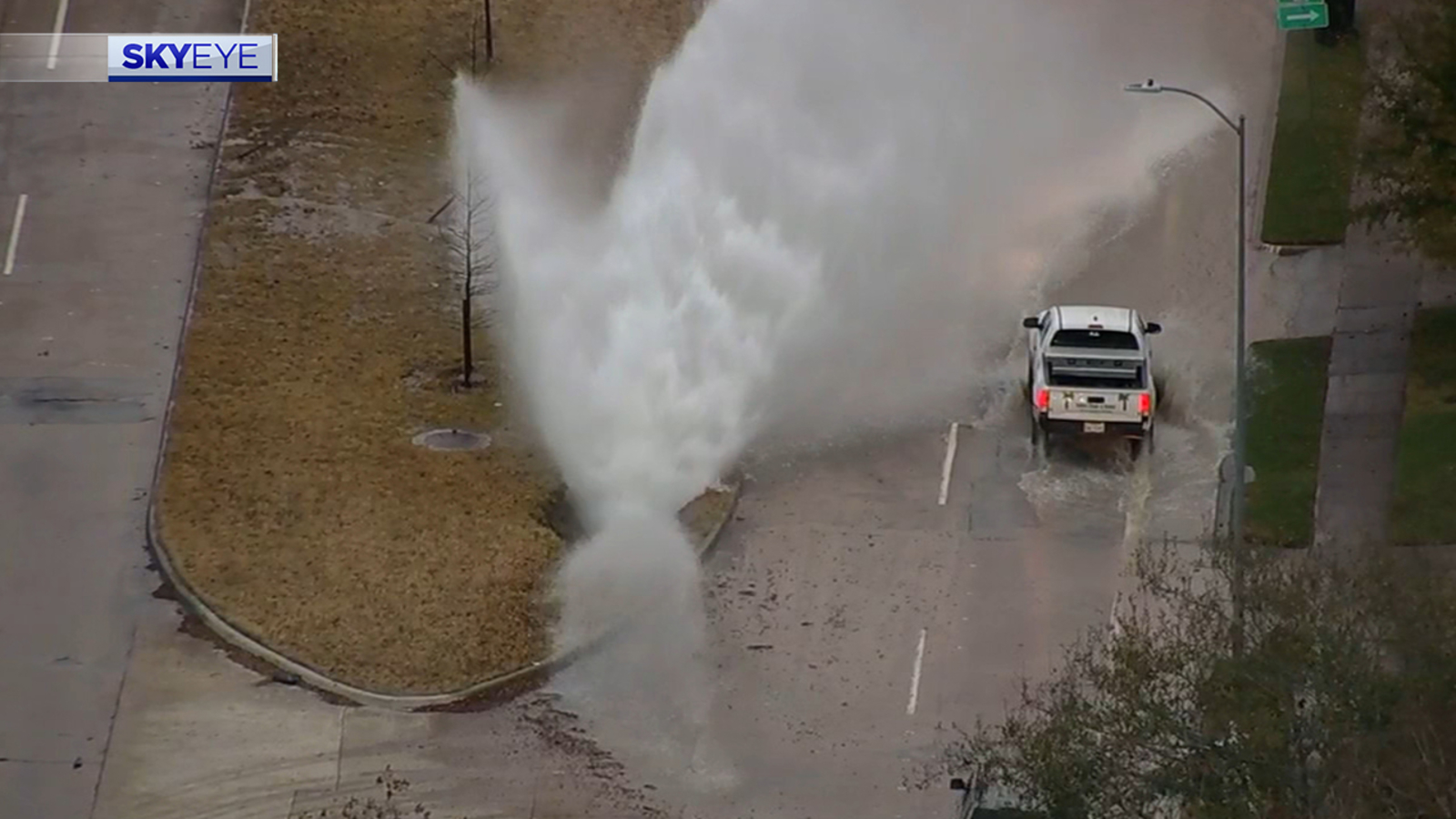 Early Friday morning, witnesses reported large amounts of water at the intersection of W. 43rd Street and Watonga, near US-290.

According to a neighbor in the area, a woman hit a fire hydrant in the median around midnight, and then water began to flow.

The neighbor said they heard a loud bang outside and came out to see the woman’s car in the median. They said the car was so damaged it had to be towed.

The ABC13 crews at the scene could see the tire tracks from the accident in the grass.

Public works shut off the water and the “geyser” stopped just before 9 a.m

There were fears that the neighborhood would be without water, but the city’s public works said nobody lives without water. Officials said they are rerouting the water supply while field crews repair the break.

Public Works warned customers could be under pressure but assured there would be no serious impact on the service.

Traffic was still flowing through the neighborhood.