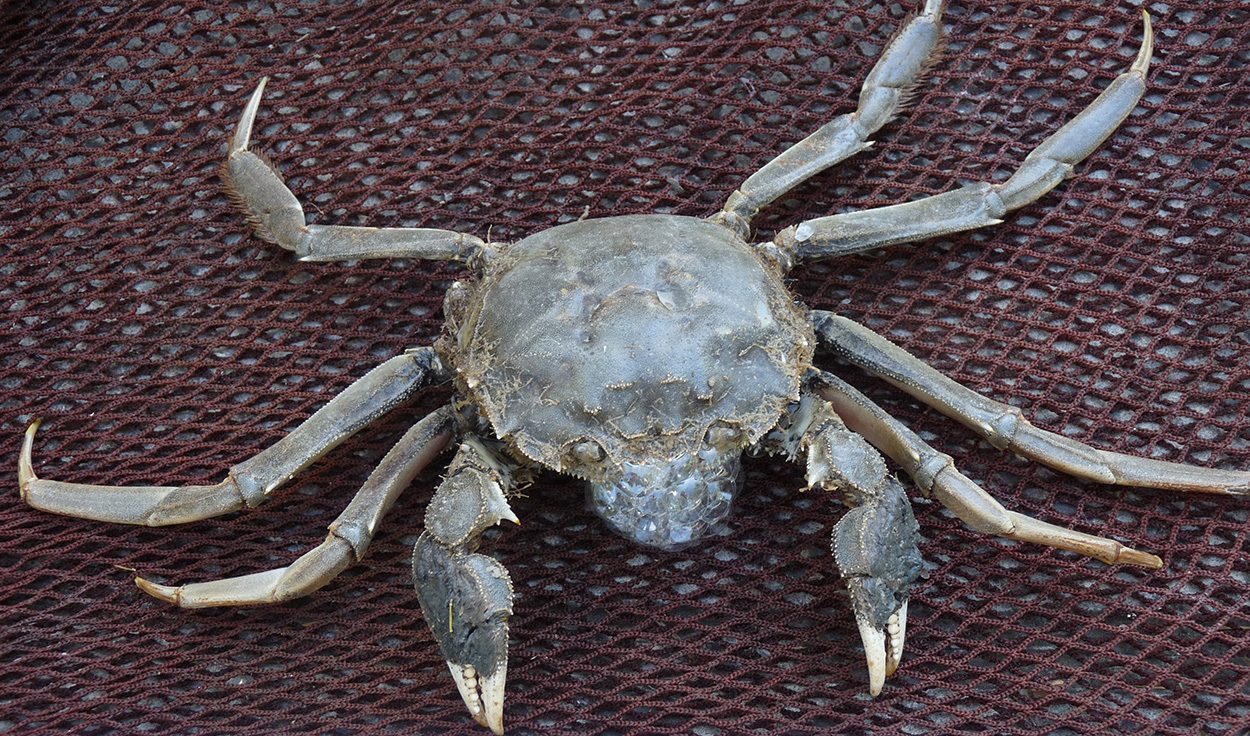 Invasive animals can cause immense ecological damage. A study now shows that the local spread of alien animals is not only bad for biodiversity, but also for the economy. To do this, scientists added up all the economic damage caused by invasive crustaceans known worldwide and came up with an impressive sum: they are said to have already caused 236 million euros in costs – the list is far from complete, however.

Freshwater ecosystems are particularly vulnerable to the introduction of alien species such as mussels, fish, aquatic plants or crustaceans. In the latter, especially invasive crayfish and crabs cause high ecological damage, since they can have a high impact on their environment due to their size, their central role in ecosystems and their tolerance to different living conditions in general.

“In recent years, significant progress has been made in understanding the ecological impact of invasive species on ecosystems,” explains Plilip Haubrock from the Senckenberg Research Institute and Natural History Museum in Frankfurt. “However, although the pathways and impacts of these alien species have received more attention in recent years, the economic costs involved are often poorly understood.”

Together with an international team of researchers, Haubrock has now summarized the monetary damage caused by crustaceans in freshwater around the world. The scientists used the “InvaCost” database, which is supported by the French National Center for Scientific Research CNRS, as a basis for their investigation. All known costs caused by invasive species and recorded by reports and studies should be listed in the database. Haubrock and his team filtered out all entries from the InvaCost database that could be traced back to crustaceans and evaluated them.

The result: “The global economic costs of invasive aquatic crustaceans have amounted to 236 million euros since records began in the 1960s,” says Haubrock. Most of that total came from crayfish and crabs, but even within these two groups there were particularly expensive species. “We can mainly attribute the costs caused by crayfish to signal crayfish in Sweden – this species has caused damage of 101.5 million euros there since 2000,” explains Haubrock.

The share of the costs caused by invasive crabs amounts to about 130.3 million euros. The European green crab and the Chinese mitten crab are particularly responsible for this. The latter was introduced by ship from Asia at the beginning of the 20th century and has now spread throughout Europe. According to the scientists, the monetary damage is mainly reflected in the damage to the ecosystem and in the loss of resources, which particularly affects fisheries. However, many of the entries listed in the InvaCost database could not be assigned to a fixed sector.

Another problem with the underlying data, according to the researchers, is that they believe they are incomplete. All entries considered in the study relate to damage in Central Europe, North America and Japan. “Unfortunately, there are large data gaps when it comes to recording the invasive crustaceans and the resulting costs: It starts with the absence of entire continents, such as Africa or Australia, and continues with missing data on periods and species. We therefore assume that the reported monetary costs are greatly underestimated,” emphasizes Haubrock.

The scientists therefore underline the need for better systematic recording of costs caused by invasive crustaceans. This is the only way to better assess the extent of the monetary damage. ‘This will allow national and regional authorities to invest in appropriate policies and measures that can help mitigate these impacts in the future,’ the researchers write.