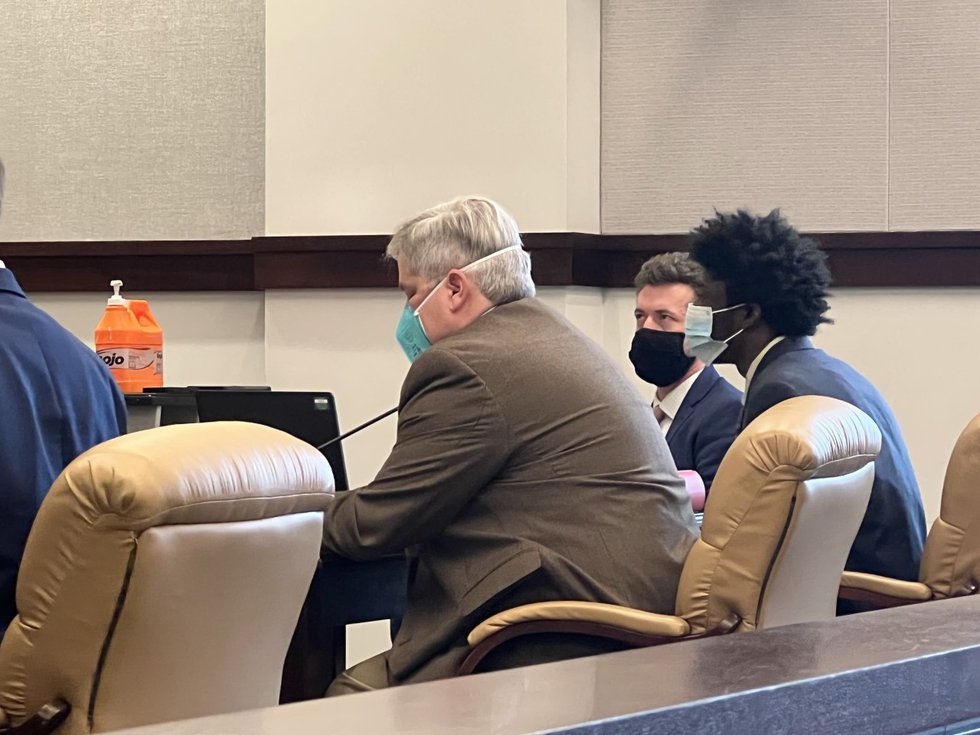 Ruez Hicks, 20, faces all charges in connection with the deaths of Robert Keith Gilmore and Robert Shawn Fowler. The charges include two counts of second-degree murder, one count of burglary with a gun and one count of robbery with a gun.

On January 26, 2021, Bay County Sheriff’s Deputies responded to a call from an unresponsive man on the porch of a home on Del Mar Drive. They found Gilmore dead with a gunshot wound and a torn back pocket. While the scene inside the house was being cleared, deputies found Fowler dead in the back bedroom. Photographic evidence from the crime scene, guns, bullet casings and surveillance video were shown during the hearing.

MPs say Hicks was about to break into the home and was confronted by the victims before shooting them dead.

A break in the case occurred Jan. 29, according to deputies, when Hicks used Gilmore’s Cash App card at a Panama City Beach dollar store. After receiving the surveillance video, they saw Hicks buying snacks and wearing a black hoodie. Deputies found Hicks wearing the same hoodie in an RV in Panama City Beach.

Police video interviewing Hicks was shown during the trial. Deputies say Hicks told them multiple versions of what happened before admitting it.

“If that’s the definitive version you’re sticking with, just saying, I think people will see through this,” said Deputy Patrick Crawford of the Bay County Sheriff’s Office.

In that case, a second arrest was made. Quantavious Dion Burns of Panama City Beach has been arrested and charged with aiding and abetting first degree murder.

According to officials, Hicks gave Burns the gun used in the murder and it was found in the same RV Hicks was in.

Hicks is being held without bail and his sentencing is scheduled for March 8 at 9 a.m