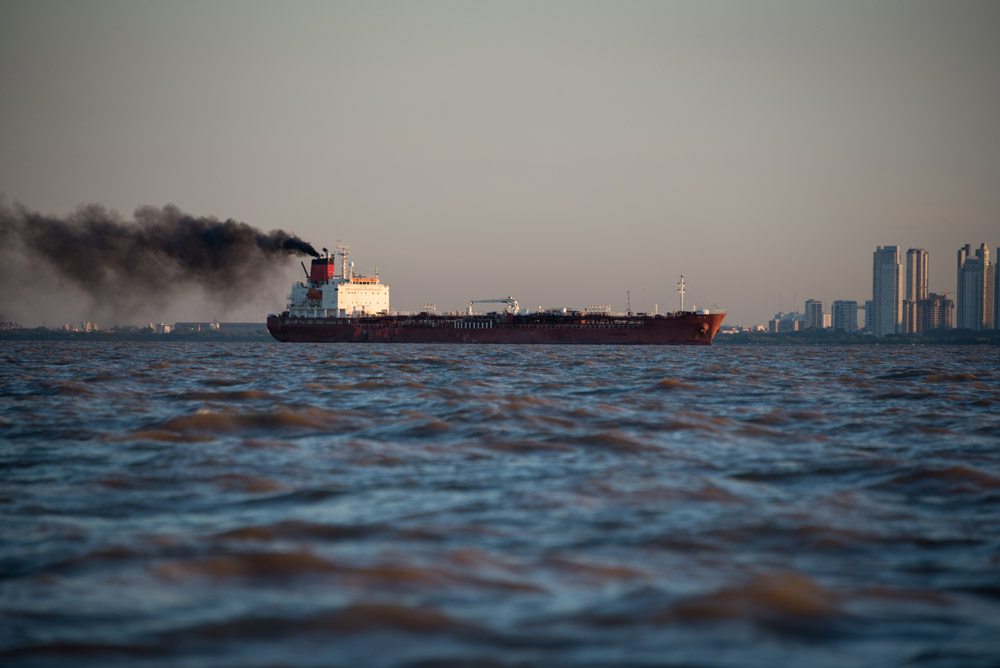 Easy to implement: Scientists have modeled the extent to which propulsion systems based on climate-neutral fuels can be implemented in freight shipping. According to the result, fossil diesel and heavy oil can easily be replaced by ammonia, methane or methanol in over 90 percent of bulk carrier transports – only hydrogen seems unsuitable as an eco-fuel, as the researchers report in the specialist journal “Nature Energy”. However, it is unclear to what extent the results can also be transferred to container ships.

In order to achieve the Paris climate goals and limit climate change to an acceptable level, shipping must also be decarbonized. On a small scale, such as ferries or water taxis, some sustainable propulsion technologies are already widespread, but on the level of global cargo ships, heavy fuel oil and diesel are still mainly used. Since around 90 percent of internationally traded goods are currently transported by sea, the pollutant emissions from freighters in relation to climate change should not be neglected.

International shipping currently contributes a good three percent to global greenhouse gas emissions – about the same as Germany. The problem here: Similar to international air traffic, the emissions are not assigned to any country, which is why they do not appear in the relevant statistics or are affected by regulations. Shipping emissions are therefore to be more severely restricted in future by the International Maritime Organization IMO, which is part of the UN.

Oil tankers and bulk carriers as a basis

A research team led by Boris Stolz and Maximilian Held from the Swiss Federal Institute of Technology (ETH) in Zurich has now calculated the extent to which climate-neutral freight shipping can be implemented with the current freight quota. In their modelling, they compared various sustainable propulsion systems with conventional diesel engines in ships. So they wanted to see whether the freighters could reach their destination with the same load and distance using the alternative fuels.

The scientists used all oil tankers and bulk carriers that docked or departed from European ports in 2018 as the basis for their calculations. Bulk carriers are characterized by the transport of loose goods such as ore, coal or grain. Together with oil tankers, they are responsible for around 21 percent of all operational greenhouse gas emissions in European shipping.

Various alternative fuels can be used to reduce these emissions. The ETH researchers compared conventional diesel with hydrogen, ammonia, methane, methanol and synthetic diesel – all produced with electricity from renewable sources. For the carbonaceous fuels, the scientists also assumed a CO2 capture process in the calculation. In addition, they also calculated the applicability of lithium-ion batteries, but these quickly turned out to be clearly unsuitable.

The scientists calculated whether one of the five synthetic fuels could have been a suitable alternative to fossil diesel for each transport based on the weight of the drive systems including the fuel. Most climate-neutral fuels are heavier than conventional diesel and heavy fuel oil for the same mileage because the latter have a higher energy density.

“If the vessel’s maximum allowable draft was exceeded for a particular voyage using a heavier propulsion system, we defined the new propulsion system as ‘unsuitable’ for the given load and voyage duration,” the researchers said. Based on these classifications, they ultimately modeled a general feasibility of climate-neutral fuels.

The result of the modeling shows that most journeys would work with the alternative drive technologies without freight-specific changes. According to the study, hydrogen performs worst as an energy source. With the same freight load, only 79 percent of the journeys can be implemented. After all, it is already 91 percent with ammonia and 93 percent with methanol.

With a slight adjustment, all journeys could even be implemented on the basis of all climate-neutral fuels except hydrogen. This is possible if three percent of the cargo weight is made available for fuel. In order to realize all transports with hydrogen, just over six percent of the freight weight would have to be given up, as the team determined.

In addition to the possible need to reduce cargo weight, the scientists see other challenges for shipping companies. Based on current electricity price developments, they calculate that “the operating costs for ships powered by renewable fuels are likely to be around two to six times higher than those of a conventional ship powered by fossil fuels.”

Martin Cames from the Institute for Applied Ecology in Berlin believes that this can be implemented. “It is crucial that all ships are equally affected by the relevant regulations,” says the researcher, who was not involved in the study. “Large states or groups like the EU can drive development faster by promoting the switch to e-fuels – similar to Germany through the Renewable Energy Sources Act.”

Ammonia and methanol as favorites

Cames, on the other hand, is more critical of the study’s statement that the analysis of bulk carriers can also be transferred to other types of ships, such as container ships. In contrast to bulk carriers, the latter are characterized by a volume rather than a weight limit. “Ignoring the volume restrictions is tolerable for bulk carriers, but problematic if the analysis were extended to container ships, for example. For this, the methodology would have to be further developed accordingly,” explains Cames.

When asked which fuels will prevail in the medium term, Cames has two clear favourites: “Ammonia and methanol have the best prospects. Ammonia is cheaper because it does not require any direct removal of CO2 from the atmosphere, although ammonia engines will probably not be available until 2025,” says Cames. “Although methanol is more expensive to produce, it is cheaper to handle and has less energy and there are already around 20 ships running on methanol. Maersk – the world’s largest container shipping company – has ordered five methanol-powered ships to be deployed from 2025.” (Nature Energy, 2022; doi: 10.1038 / s41560-021-00957-9)