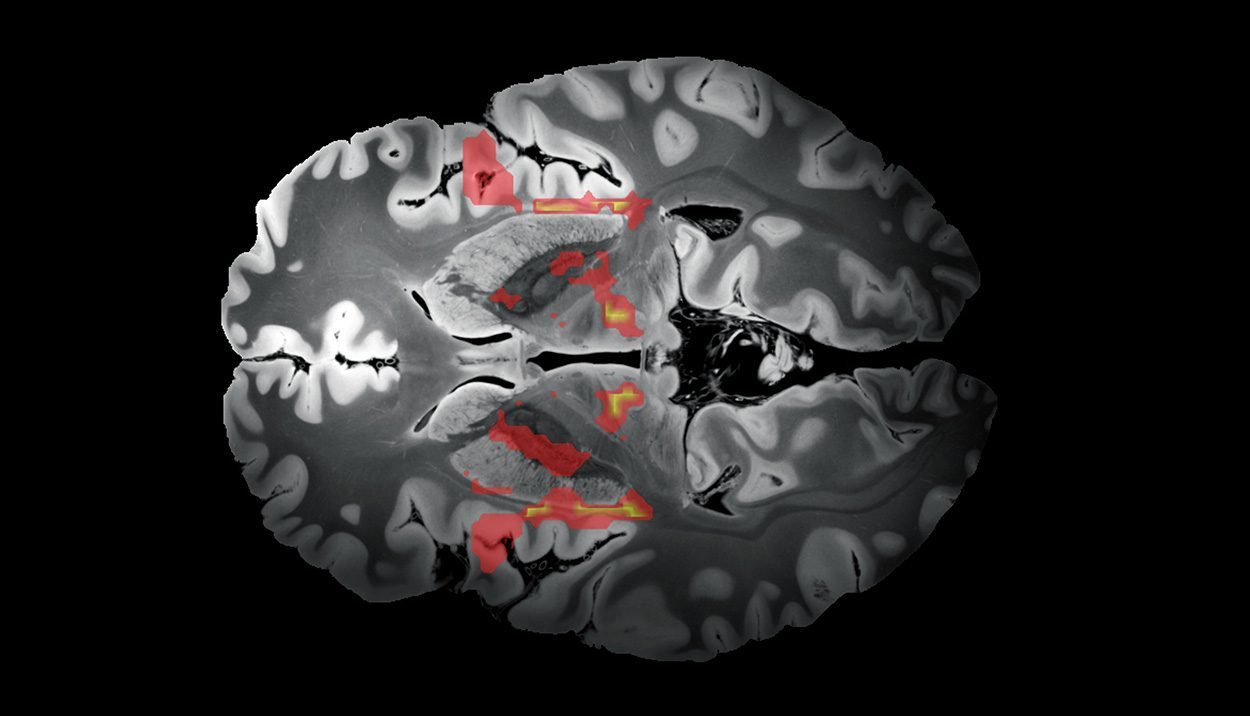 Involuntary twitching, blinking or clearing of the throat are typical symptoms that people with tic disorders such as Tourette syndrome suffer from. Researchers have now discovered which brain regions are involved in the development of tics. Using case reports from people who developed tics after brain damage, the researchers identified relevant areas and compared their interconnection with brain scans from more than 1,000 healthy people. They discovered a “tic network” – and used Tourette patients to show that deep brain stimulation targeting this network can alleviate symptoms.

About one in every hundred children meets the diagnostic criteria for Tourette’s syndrome. The disorder usually presents with motor and vocal tics, ranging from muscle twitching to involuntary uttering of foul language. In many, but not all, cases, symptoms diminish with age. Other diseases can also lead to tics, including damage to the brain substance, for example as a result of a stroke or an accident. However, it is not yet fully understood how exactly the tics develop.

In search of the source of the tics

A team led by Christos Ganos from the Charité – Universitätsmedizin Berlin has now identified a network of brain regions that are involved in the development of tics. “In recent years, neurological research has identified different areas of the brain that play a role in tics,” says Gano’s colleague Andreas Horn. “However, it remained unclear: Which of these brain areas trigger the tics? Which ones are active instead to compensate for faulty processes? We have now been able to show that it is not a single brain region that causes the behavioral disorders. Instead, tics are due to malfunctions in a network of different areas in the brain.”

In order to identify the causative brain areas, the researchers first evaluated 22 previously published case descriptions of patients in whom the tics developed as a result of brain damage, for example after an accident or a stroke. In these people, it was therefore clear that the affected brain region had to trigger the tics. Ganos and his colleagues mapped in detail where exactly the damage was in the brain. They combined this data with more than 1,000 brain scans from healthy people, which showed how the brain regions are interconnected.

Network of brain regions as the culprit

The result: the mapped damage is in different areas of the brain – including the insular cortex, striatum, thalamus and cerebellum – but these areas are interconnected via nerve connections and form a common network. “These structures have a wide variety of functions, from motor control to processing emotions. They have all been discussed in the past as possible triggers for tics, but no clear proof has been found so far, and a direct connection between these structures was also not known,” says Gano’s colleague Bassam Al-Fatly. “Now we know that these brain areas form a network and can actually be the cause of tic disorders.”

Although the findings are based only on data from people who acquired their tics through brain damage—a comparatively rare cause of tics—they appear to be extrapolable to Tourette’s patients. The researchers showed this in 30 people who had had a brain pacemaker implanted because of their Tourette symptoms. This is intended to help in particularly severe cases when medication and behavioral therapy are not effective enough. With the help of brain scans, the researchers determined exactly which brain regions were stimulated by the pacemaker. If these were parts of the newly identified tic network, the symptoms of those affected decreased the most.

“People with severe tic disorders appear to benefit most when deep brain stimulation targets the tic network,” says Ganos. “In the future, we will incorporate this new finding into the treatment of our patients by taking the tic network into account when implanting the brain pacemaker. We hope that in this way we can alleviate the really high level of suffering for those affected even better, in order to enable them to lead a largely self-determined and socially fulfilling life.”